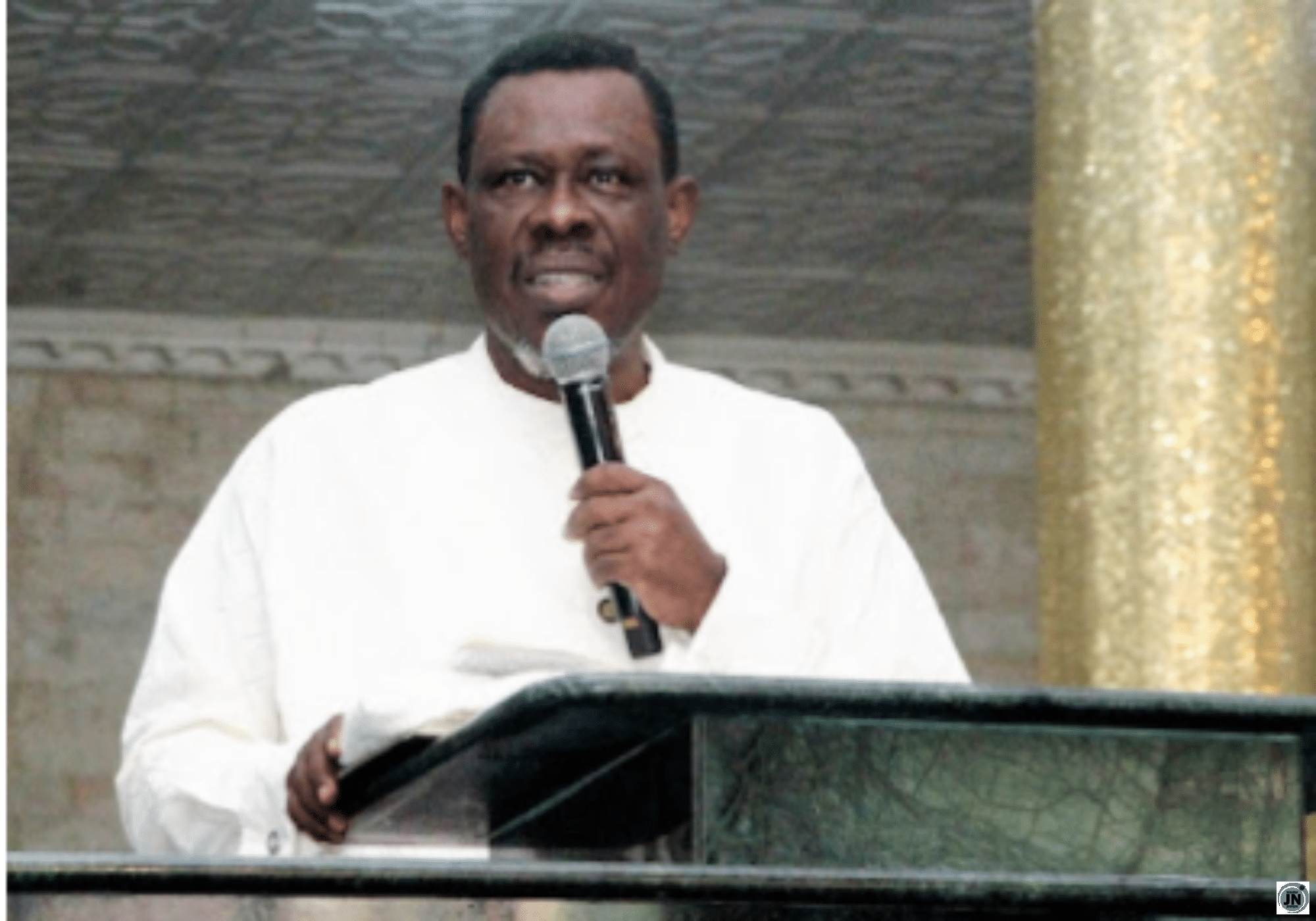 Pastor Blessings Agboli, the wife of the founder of the Victorious Army Ministries International, Apostle Joseph Agboli, has addressed rumors around the death of her husband.

Some Church members have allegedly been claiming foul in the death of the preacher.

However, speaking on Sunday, the bereaved said allegations against her over her husband’s death were the mere juvenile campaign of calumny from her traducers aimed at bringing down the cleric’s legacies.

She said, ‘’For five years my husband had heart issues, for those five years he believed that God would heal him while preaching the gospel. Those who sit in the front row of the church can testify that in the last two years, he was shaking even while in the chair.

“Some days ago when he finished preaching I had to rush from my seat to come and help him back to his seat because he could not move, check your videos, you know papa very well, for him not to read the Bible, he is a walking word. That he couldn’t read the Bible! When you watch your videos of clips recorded in the church, you will see the signs.”

She added that, “Two Saturdays ago, I could not keep him at home, he wanted to come and lead prayers. Those of you brothers who gather to hold him in the church every Saturday, you can testify that something was wrong, you see me always coming to interrupt you and always saying enough.”

She said her husband always insisted he would manage to be in church so it would not appear as though she had hijacked the church from him.

Agboli, who died last Wednesday aged 58, founded his church in 1995 after pulling out of Pastor Patrick Anwuzia’s Zoe Ministries.

Victorious Army Ministries’ founder, Joseph Agboli’s wife finally speaks on his death
Microsoft co-founder, Bill Gates father dies at 94
‘I still relied on my mum to give me 100 naira at age 24’ – NairaBet Founder, Akin Alabi
“Being a loner has nothing to do with pride” – Kennis Music cofounder, Dayo Adeneye