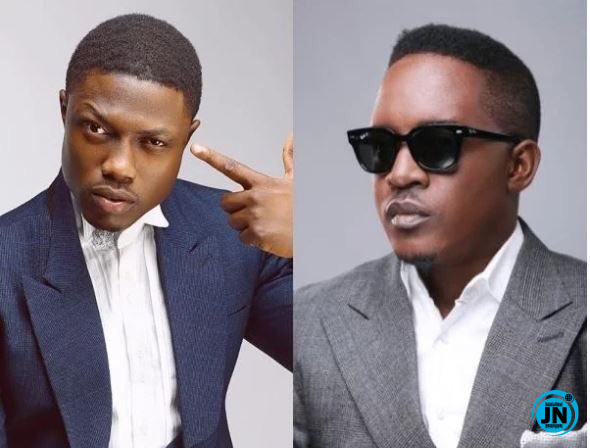 While M.I Abaga labelled Vector a snake that people should beware of, Vector in return stated that M.I is Judas the rat.

As the hype surrounding the beef is gradually dying, a curious fan asked to know if Vector won’t mind recording with M.I. 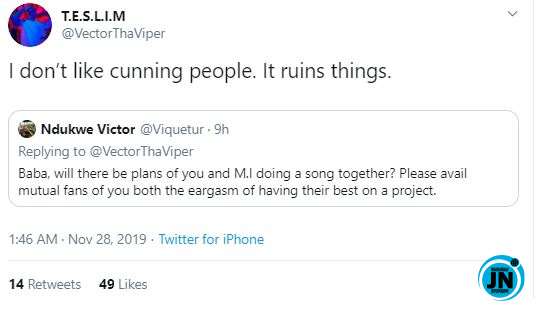 When another fan asked if he would consider doing a joint EP with M.I’s rapper brother, Jesse Jagz, he replied: 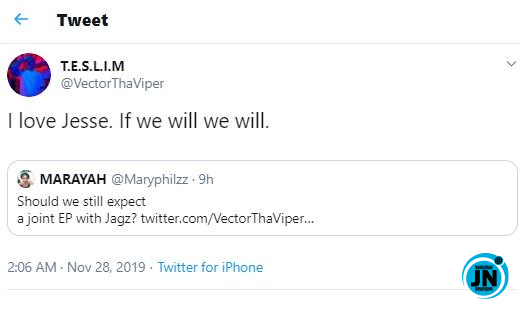 Chance The Rapper Net Worth 2020 Forbes and Biography

Funke Akindele apologizes for misleading Nigerians by throwing a house party for her husband, amid lock down order (Watch Video)

"I Was Skeptical About Tiwa Savage At First" – Tee Billz Recounts

an hour and 14 minutes ago