Some music lovers based in the United Kingdom have said a big no after Grammy-winning Burna Boy announced his concert. 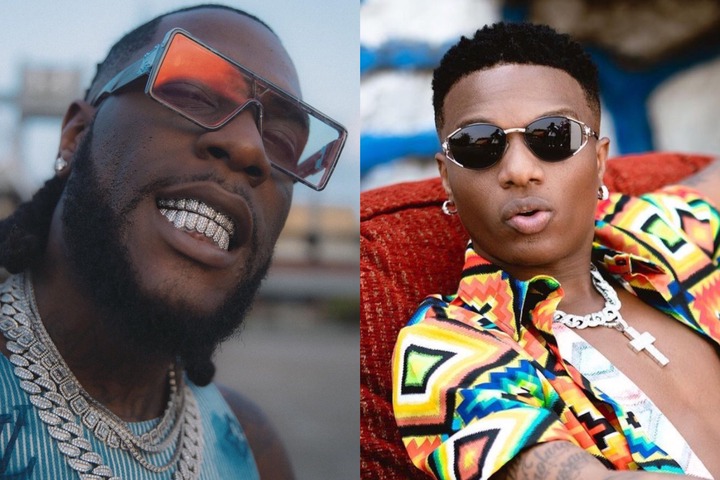 According to the music lovers who aired their reactions through popular social network, Twitter they would rather pay to see Wizkid perform his new album, ‘Made In Lagos.’

While some tweeted that the price was way too high, some stated they would pay higher to see Wizkid instead.

“£93 to STAND at a Burna Boy concert - I’m good. Wizkid could get that money from me because Made in Lagos is a masterpiece. Might have to sit this out.”

“I actually saw Burna at his last concert, it was magical. I'll just wait for Wizkid sha, I'll happily pay £100+ for that. Not to see Burna again.” 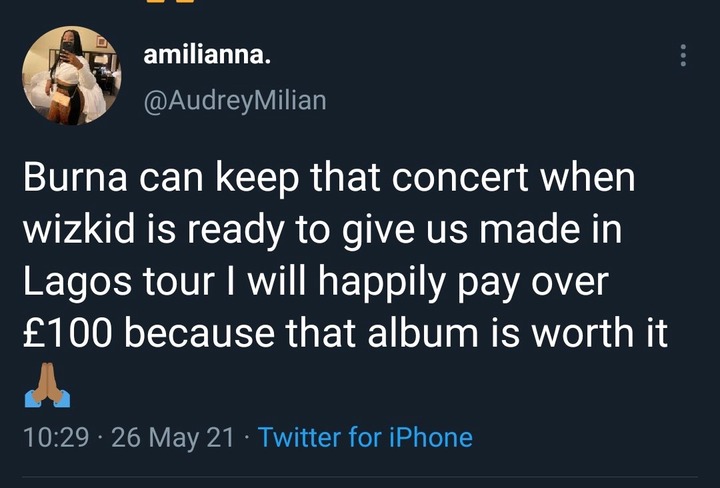 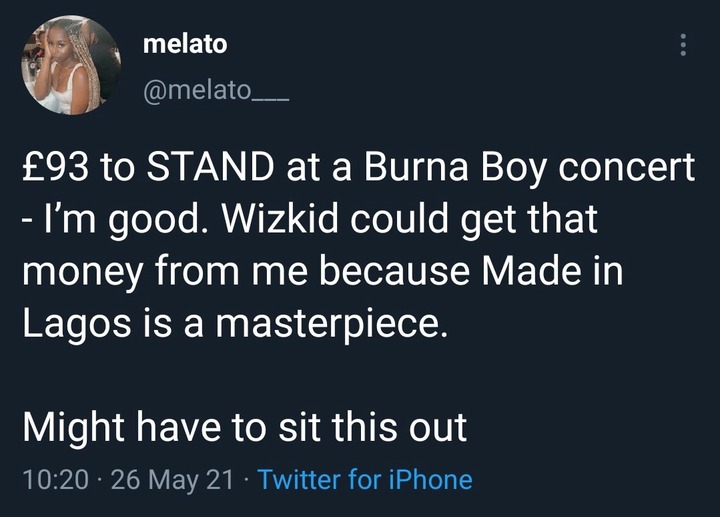 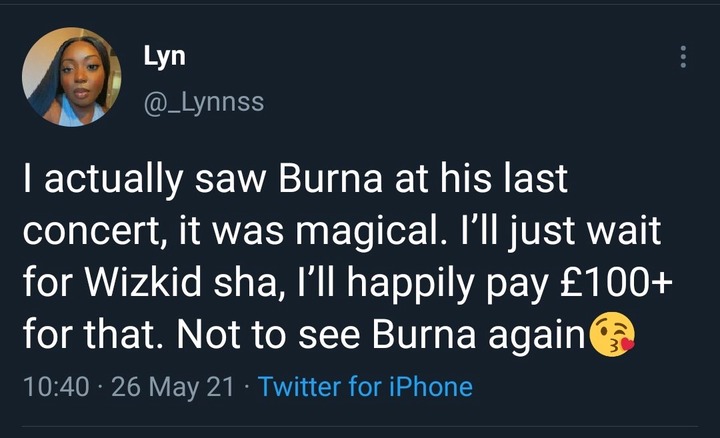 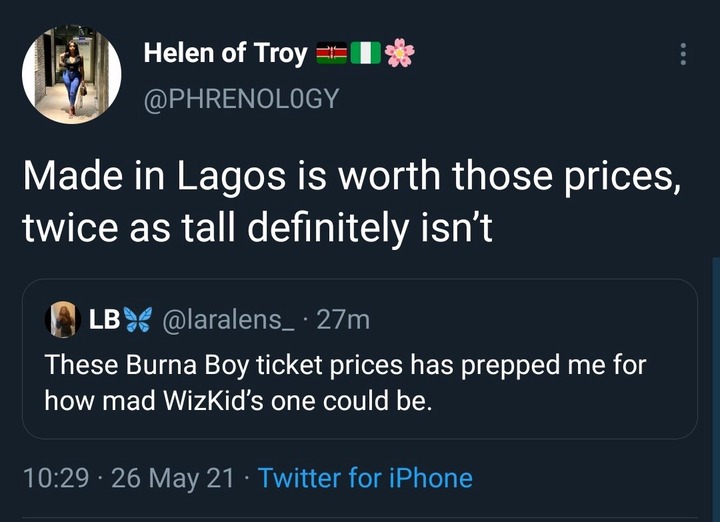 UK Music Lovers Reject Burna Boy Concert, Says They Want Wizkid (Photos)
UK Music Lovers Call Out Burna Boy For Making His 02 Arena Ticket Price Higher Than Wizkid’s Own
AFRO/REGGAE LOVERS!! Between Fela Kuti & Bob Marley, Who Was The Greatest While Alive, With Largest Fan Base Even In Grave?
Cash out season for all Bobrisky tattoo lovers,

Tweets from fools that hate #Odogwu