Nigerians on popular social media platform, Twitter have reacted after a prank by a boyfriend on his girlfriend went south.

A Twitter user with the user ID @pengmanmodel took to the platform to ask his male followers to play a game with the lady they're sleeping lieing to them that they're in some sort of trouble with the police and would need at least 50k naira to sort theirself.

So they'll know they're girls response.

Guys text the babes you’re sleeping with saying “I just got into some trouble with the police & I need like 50k (naira) to sort myself out. I’ll explain later.

It’s high time we checkmate & test these ladies too 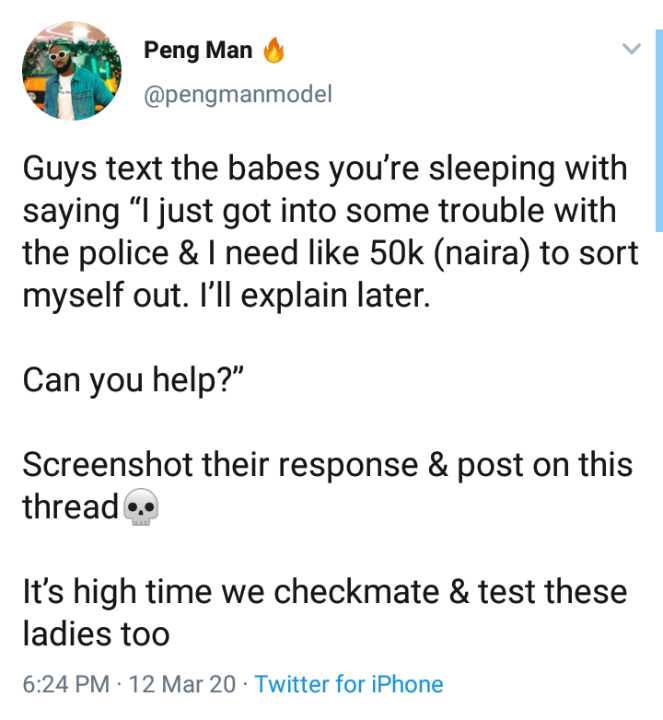 Meanwhile a Twitter user took heed and made use of the instructions but what his girlfriend replied him was definitely nothing to write home about or be proud off.

See screenshot of their chat below: 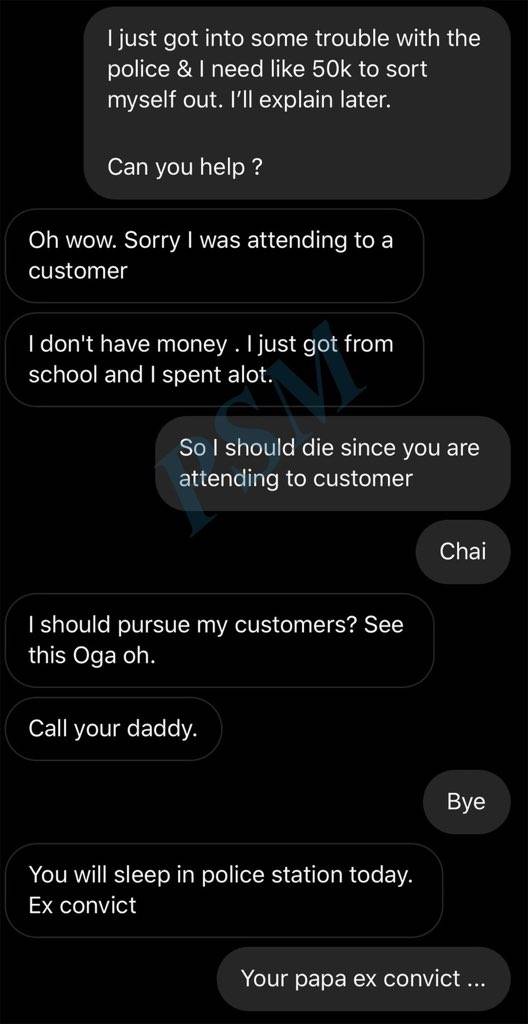 Meanwhile different reactions have trailed the hilarious conversation on the micro blogging platform.

See below as users commented:

“This is the true def of Mad o. I like the babe already”