Popular Nigerian rapper, Olamide has reacted to a question asked by a fan on Twitter about making a collaboration that would feature Wizkid and Davido. 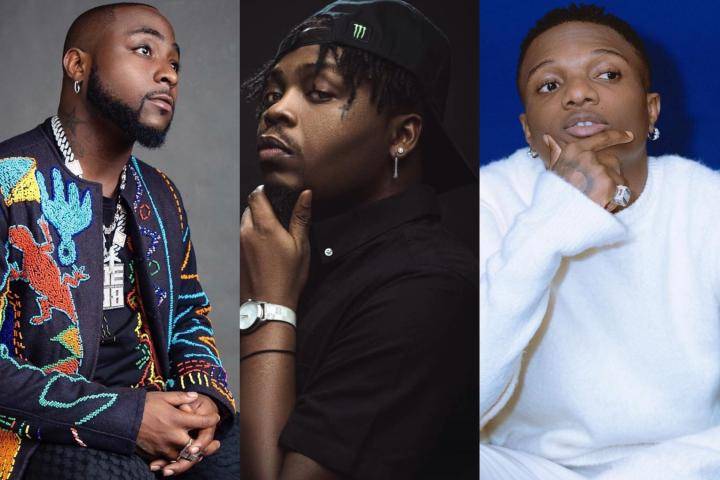 The ‘Infinity’ hit maker responded the fan in of the most funny way as he stated in his response that Wizkid and Davido both have ‘choko.’

’Choko’ in Nigerian Pidgin or slangs simply means ‘crazy,’ which simply means Olamide jokingly stated in his response that Davido and Wizkid are crazy individuals but definitely that is a joke.

The fan with the user ID @Bigshegs simply tweeted:

Then Olamide replied him in a funny way:

“Dem go de alright lol two of them get choko but trust me they are both amazing beings.”

Check out the screenshot below: 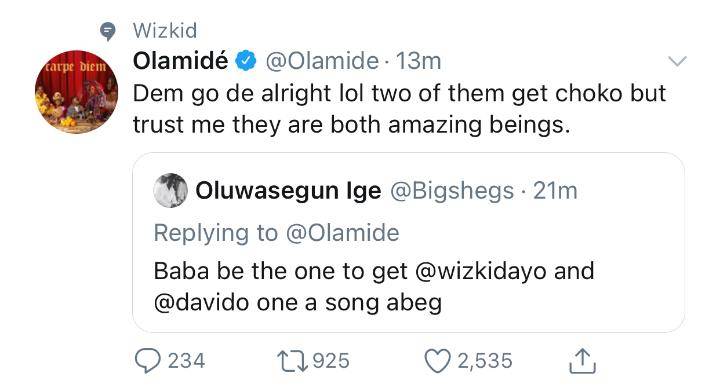 Fans have for long been waiting on a possible collaboration between the duo of Wizkid and Davido that have ruled the Nigerian music space for years now but they are yet to get any.