It's no secret that Wizkid and Davido have a strained relationship. Music fans have witnessed the duo sling shade at one other via Twitter and their songs over the years. 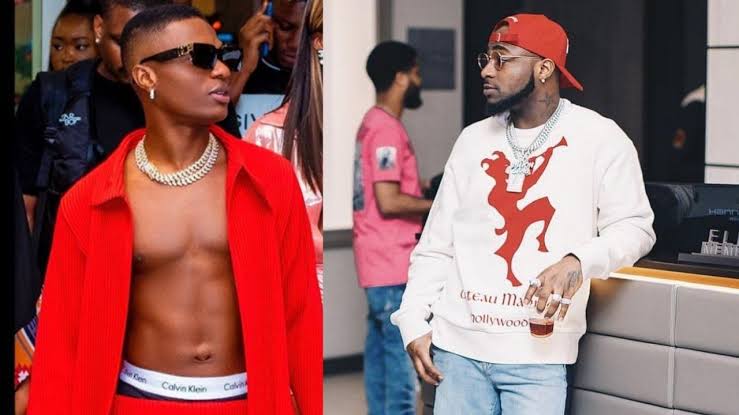 However, DJ Babylynn, a Twitter user, has revealed what will happen if Wizkid and Davido collaborate on a song in the future. The duo will, according to the tweep, bring the globe to a halt and finally disperse the internet with their song.

Babylynn further claims that the fictitious song will cause a tremendous rave, with consumers flooding the biggest music platforms, billboards, and iTunes to practically freeze as they try to stream the song.

A Twitter user was kind enough to calculate how much money Wizkid and Davido will make if they eventually agree to the idea. Wizkid and Davido, according to the tweep, will walk away with the biggest bags of $E of their careers.


I just wish @davido and @wizkidayo will make a song together that day the world will be at standstill ! iTunes will crash and billboard will freeze !
And they will both secure the biggest bags $£ of their career!