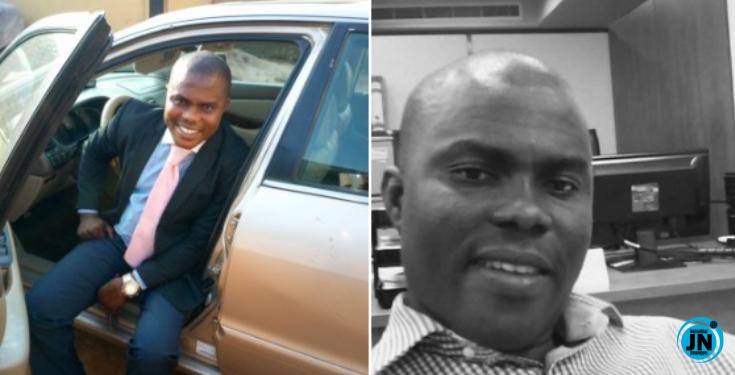 Popular Twitter influencer, Pamilerin has called out his Aunt’s husband for allegedly killing her.

He alleged that his Aunt was killed by her husband Abayomi Opeifa for attending a naming ceremony her elder brother was holding.

Pamilerin who also revealed that he’s been arrested, further disclosed that the deceased stopped enjoying her marriage after her husband’s mother moved in.

“Whenever you are ready to marry, please pray you don’t marry into the wrong family. Your husband or wife can be a great person but what about the family.

My Aunty’s husband (Abayomi Opeifa) just killed her overnight. Because she went to her elder brothers naming ceremony

Abayomi’s mother basically control him on what to do and what not to do.

When to beat his wife and when he should not allow his wife sleep inside.

I’m not against your parents staying with you, but my aunty has never enjoyed her home since her husbands mother moved in.

This is Someone that used to head a hotel in Lekki, worked at Eko Hotel and called himself Gentleman and and fearing. Oloriburuku ni e Abayomi.

You will rot in Jail. You and your mother

HE HAS BEEN ARRESTED” 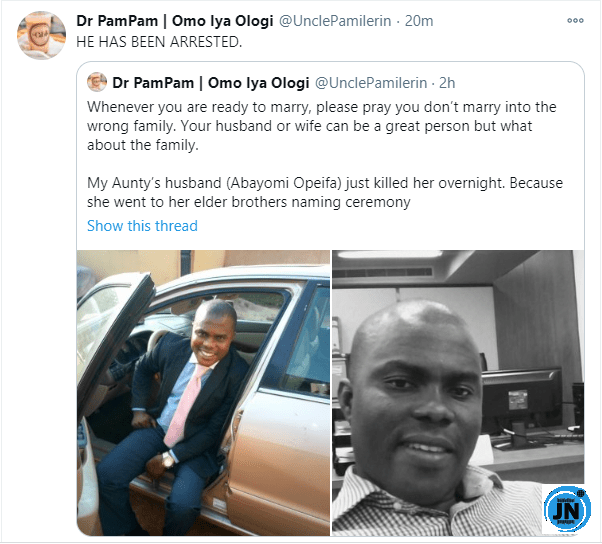 Bam Bam Celebrates Husband Teddy A, With Cute Photos As He Marks His Birthday
Actress Bimbo Oshin’s husband, Dudu Heritage is dead
Blogger calls out actress, Wumi Toriola for allegedly cheating on her husband
Lady drags husband who claimed he was travelling to Delta but lodged in a hotel with another woman