Tribal mark model, Adetutu calls out married man who wants to sleep with her for N500K
Posted by 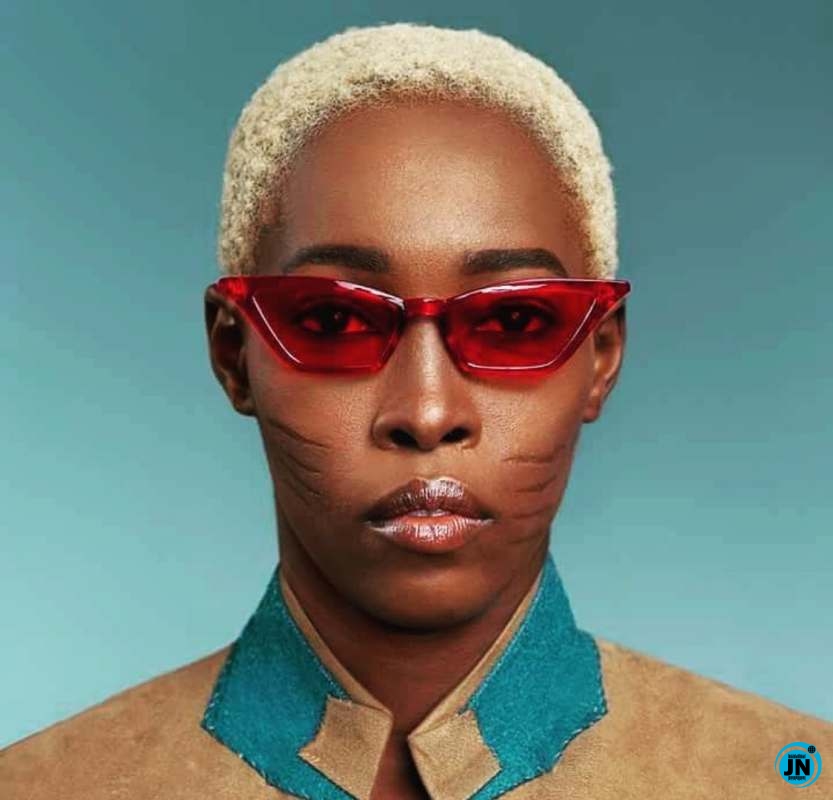 Model, Adetutu OJ calls out a married man who offered the sum of N500K to get in between her legs because he fantasizes sleeping with ‘ugly women.’

In a series of DMs leaked by the tribal mark model, the man whose name is not reveal reached out to the mother of one asking to have a one night stand with her specifically because he thinks she’s ugly.

Adetutu OJ, however, played along as she requested to see more photos of the man to confirm that he is not a kidnapper trying to use her for fetish rituals which he eventually obliged to after expressing fear of being called out.

See their exchange below … 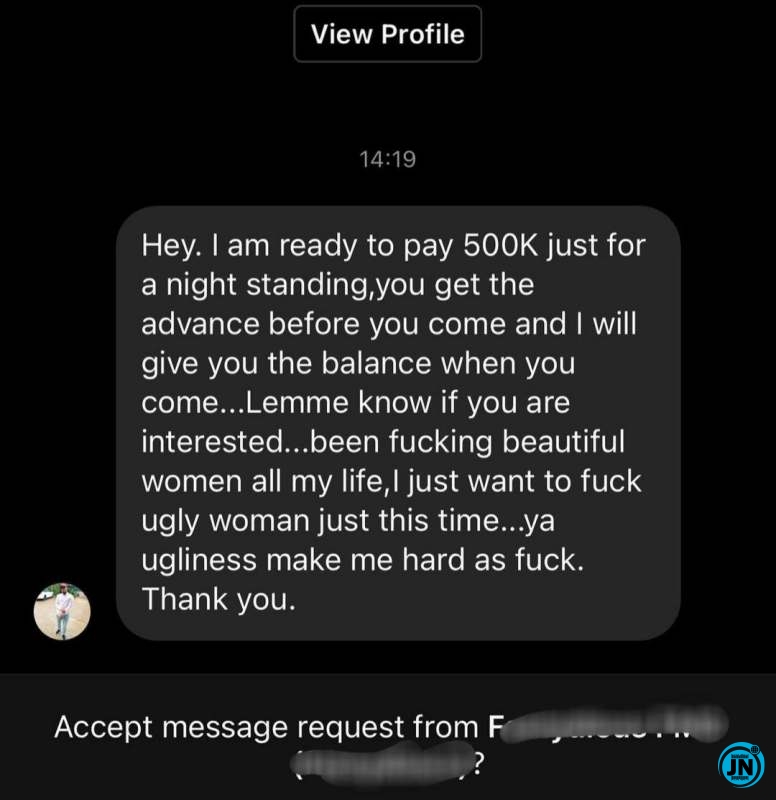 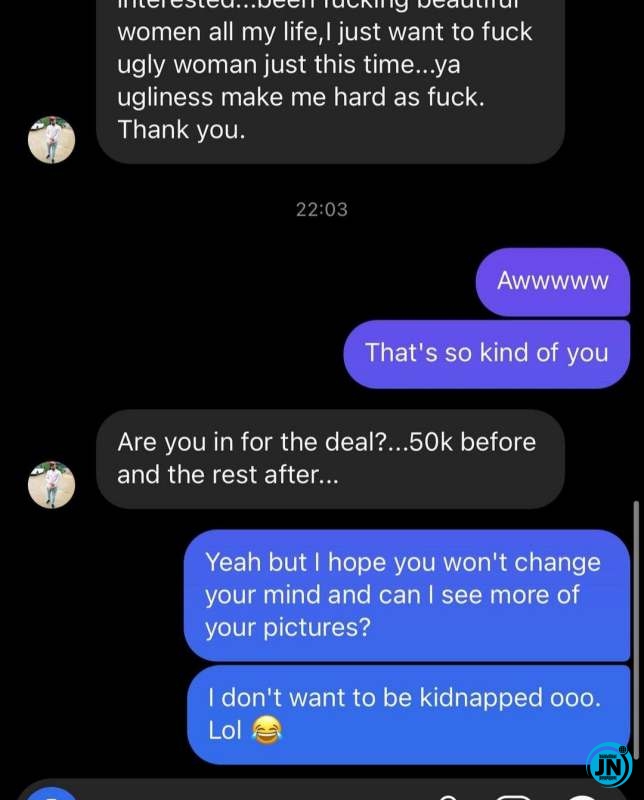 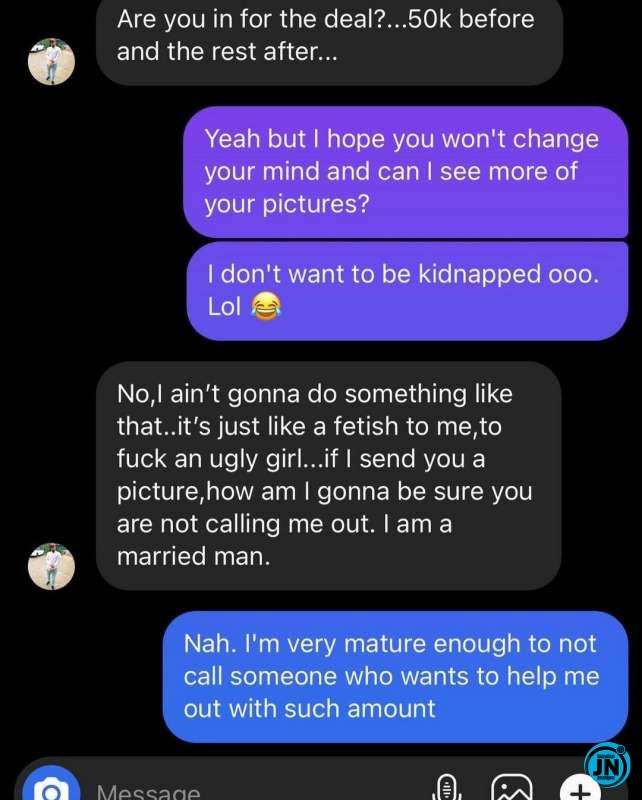 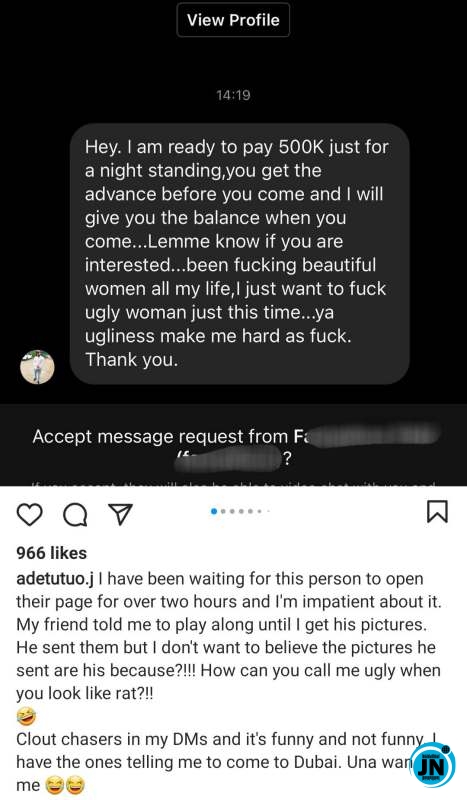 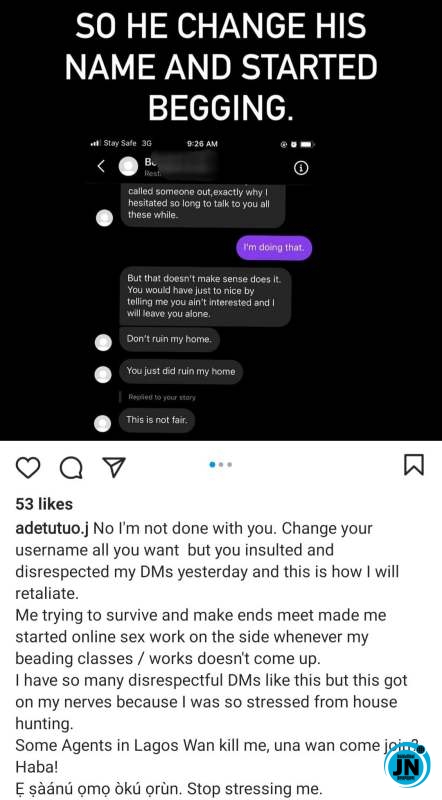 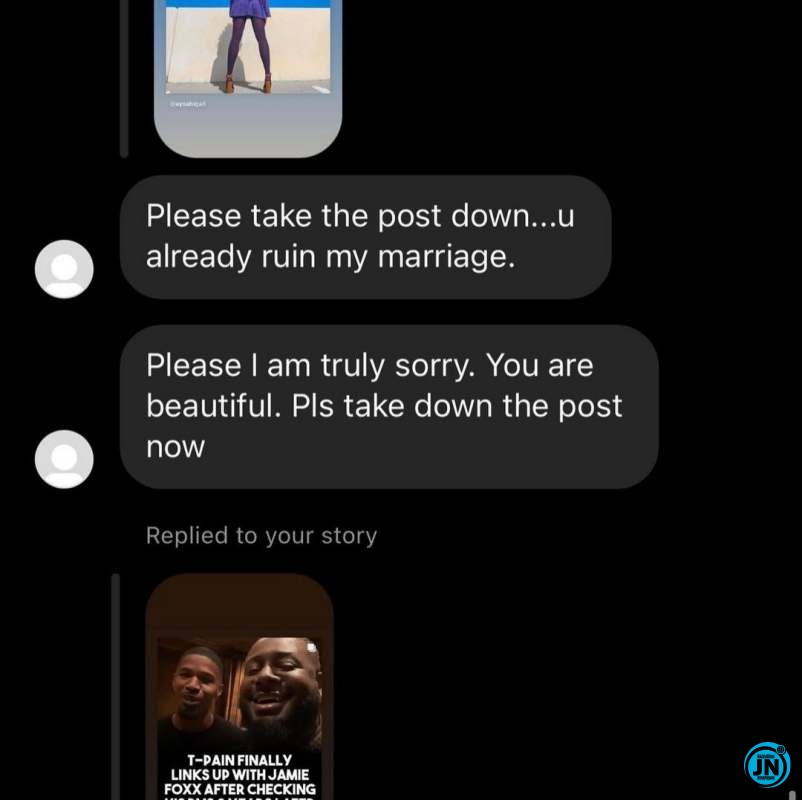 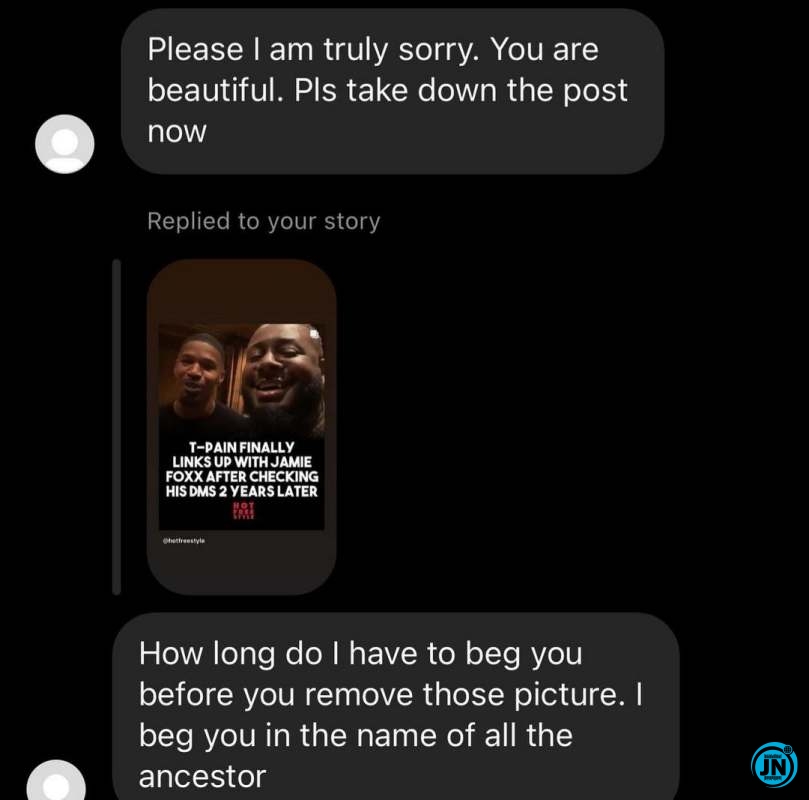