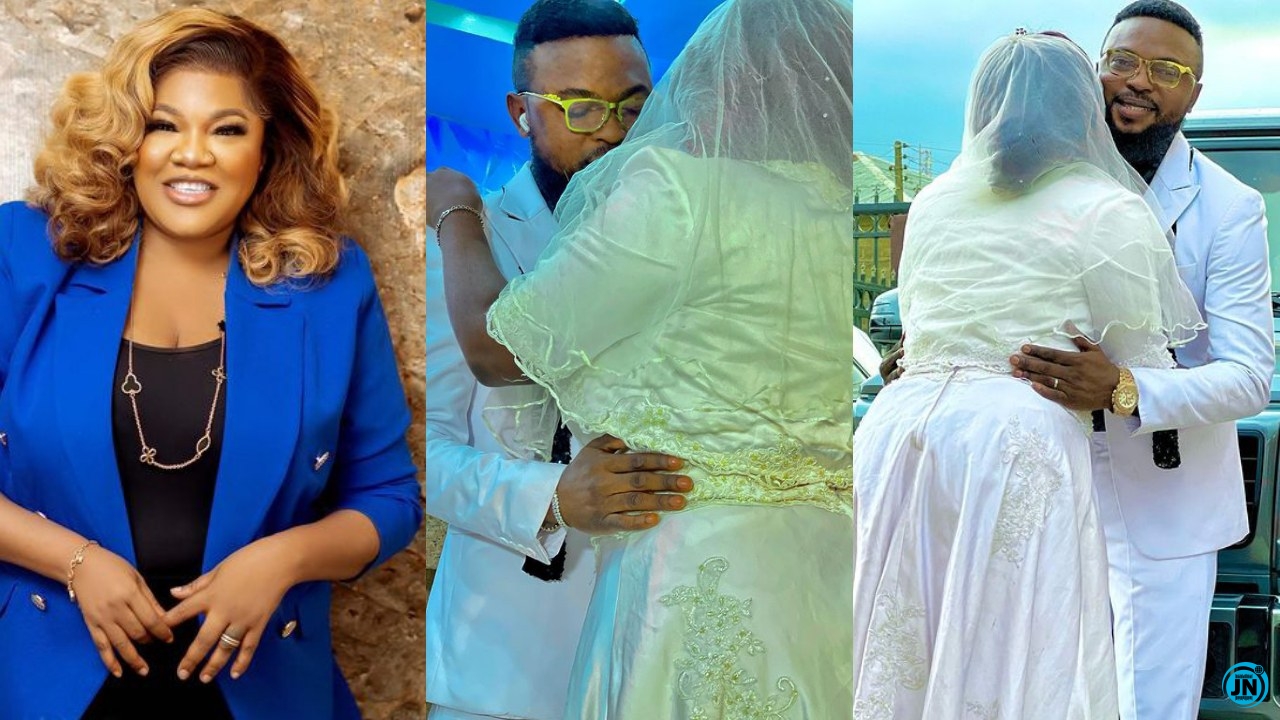 Popular Nollywood actress, Toyin Abraham has reacted after her husband, Kolawole Ajeyemi teased her with wedding photos he took with his colleague, Oluwabukola Arugba.

The photos which had been taken on set while shooting a new movie had caused a stir after the actor shared them on his Instagram page. 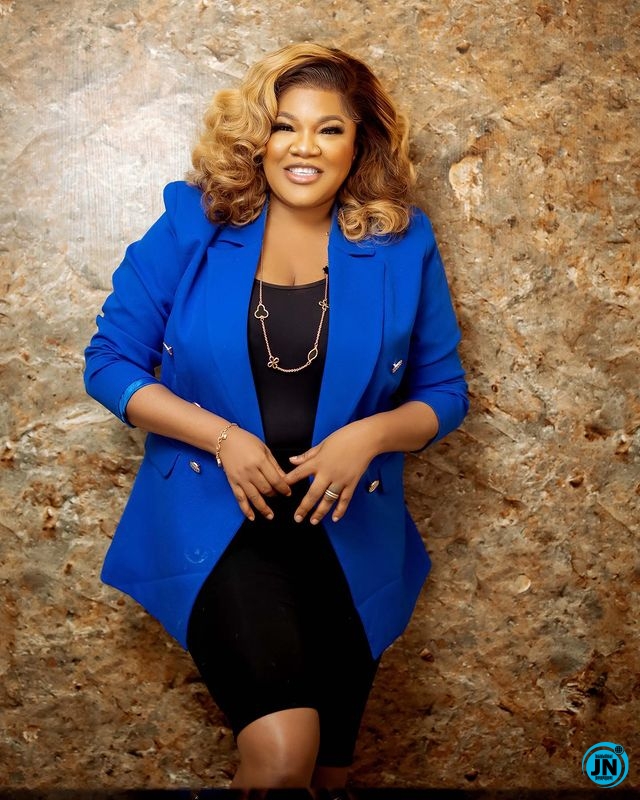 Recall that few months ago, rumors were spread that the actor was allegedly cheating on his wife, Toyin, with another woman.

After he shared the photos, which were intended to tease his wife, he congratulated himself and asked his fans to guess who the new bride is. 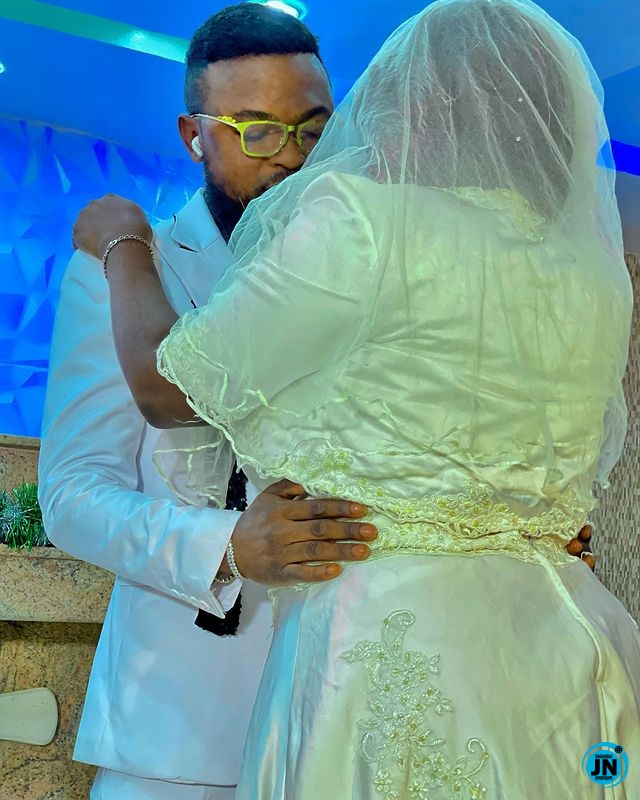 Toyin Abraham stormed his comment section to reply with ‘crazy emojis’ and named the mystery woman.

Kolawole shared the photos and captioned them;

“Congratulations to us. Guess who?”. 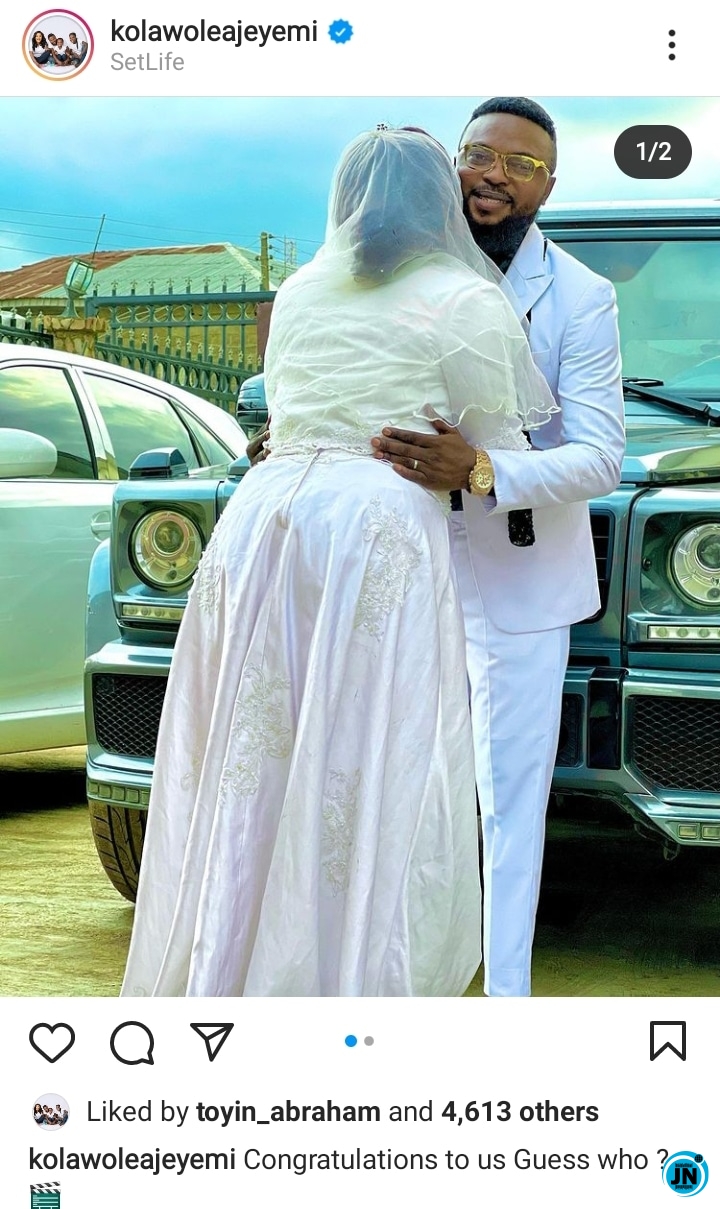 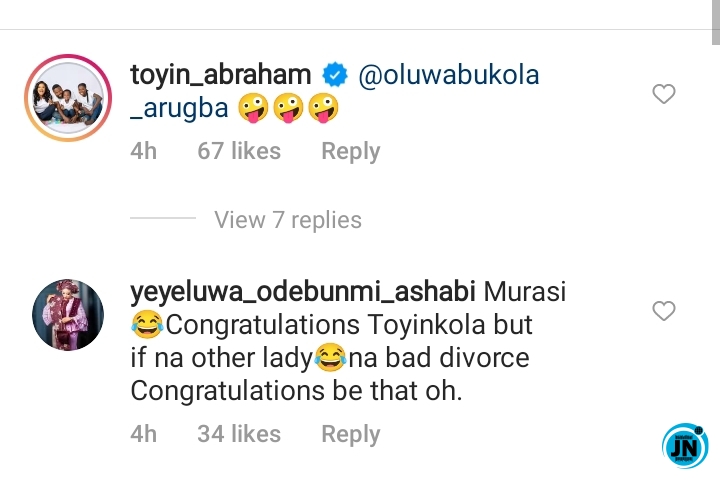