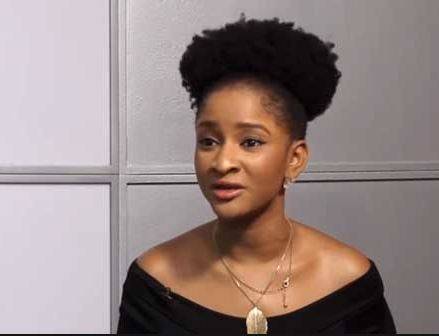 Adesua Etomi Wellington has been named the top-grossing actress of the last decade by Film One, the leading film distribution and production company.

The Nollywood actress has starred in many hit movies from King of Boys, Wedding Party 1 & 2, UpNorth, Sugar Rush and a host of other movies over the past decade.

The actress is accompanied by veteran actress Sola Sobowale who has also appeared in King of Children, Wives on strike 1 & 2. 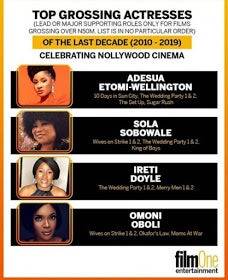 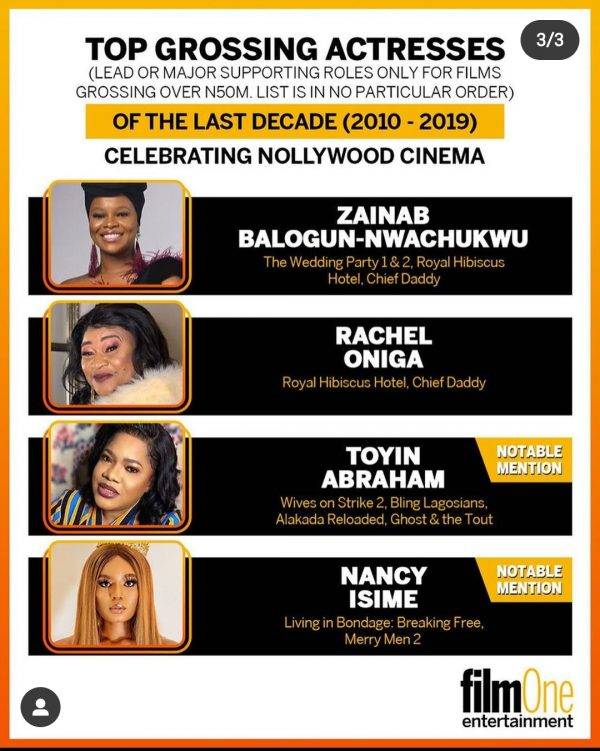 Nollywood is a sobriquet that originally referred to the Nigerian film industry. The origin of the term dates back to the early 2000s, traced back to an article in The New York Times. Because of the history of changing definitions and contexts, there is no straightforward or accepted definition of the term, which has made it subject to a number of controversy.

Nigeria's filmmaking is mainly divided along national and partly ethnic and religious lines. There are therefore distinct film industries– each attempting to reflect the interest of the particular section it represents and its ethnicity. Nevertheless, there is the English-speaking film industry which is a melting pot for filmmakers and filmmakers from most regional industries. The Yoruba-speaking cinema is a Nollywood sub-industry, with most of its practitioners in the western Nigeria region.

Also known informally as Kannywood, the Hausa-language cinema is a Nollywood sub-industry mainly based in Kano. The cinema, Northern Nigeria's biggest, slowly evolved from RTV Kaduna and Radio Kaduna's productions in the 1960s.

“I don’t have patience for rubbish, now y’all know why” – Lucy says to trolls following fight with Kaisha