Here, we have taken a close look at the top 10 richest musicians in Nigeria 2020 Forbes and their net worth while the Nigeria Music industry continues to grow big over the years to come.

And Also with a possible answer to the question of Who is the richest musician in Nigeria 2020?

However, Forbes has recorded and ranked the various artists who made the list based on their net worth and fan base gathered overtime to earn such recognition.

Who is the richest Nigerian musician?

To know the richest Nigerian musician in 2020 One has to consider music generated revenue and net worth. Including music sales distribution, endorsement deals, and also the capacity of their fan base. 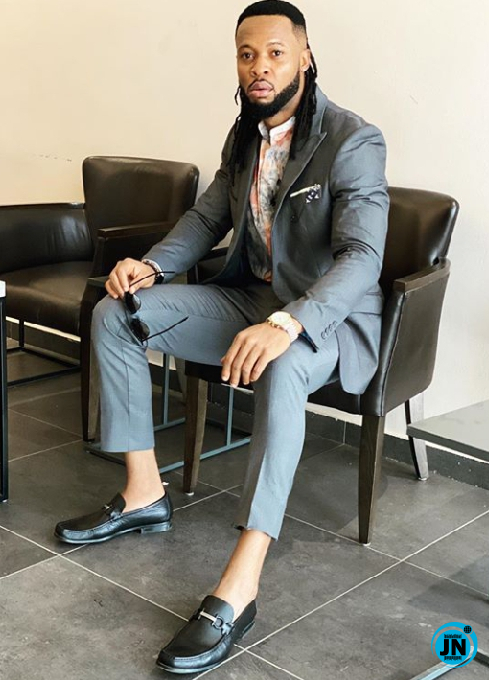 Chinedu Izuchukwu Okoli is famously known for his stage name Flavour. He is an Igbo highlife songwriter and singer who started his musical career as a church drummer back in Enugu state in Eastern Nigeria.

He had a stint with promising record labels including Kennis Music, 2nite Enter10ment. Snapped up the number 10 spot on Forbes list with an estimated net worth of $9.5 million. 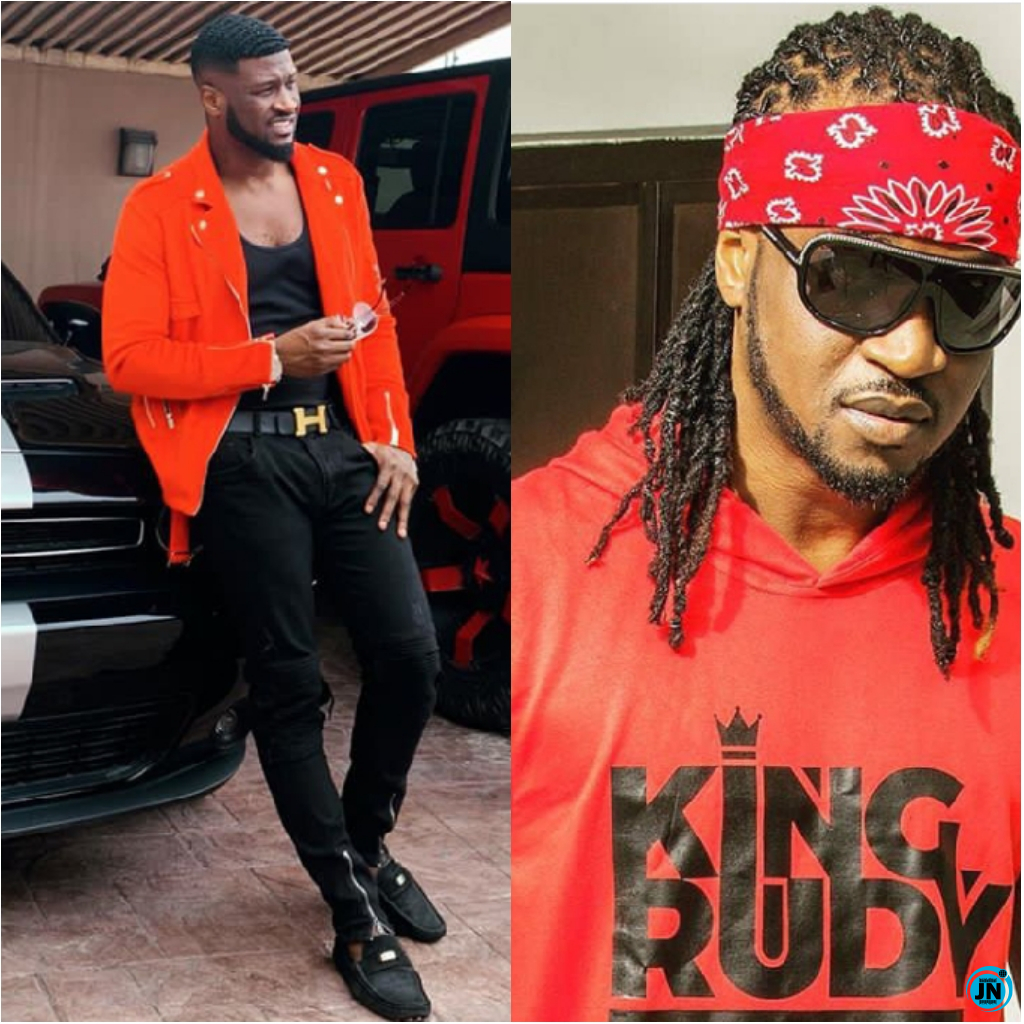 The defunct Psquare, Peter Okoye and Paul Okoye who used to be Nigerian heavyweight music duo. They were good at dropping a regular album on a spry. ON 9th spot with a net worth of $10 million.

The MTV Africa Music awardees have been on the entertainment scene long ago but could be fondly remembered for songs like ''Beautiful Onyinye'' ''Personally'' and more. 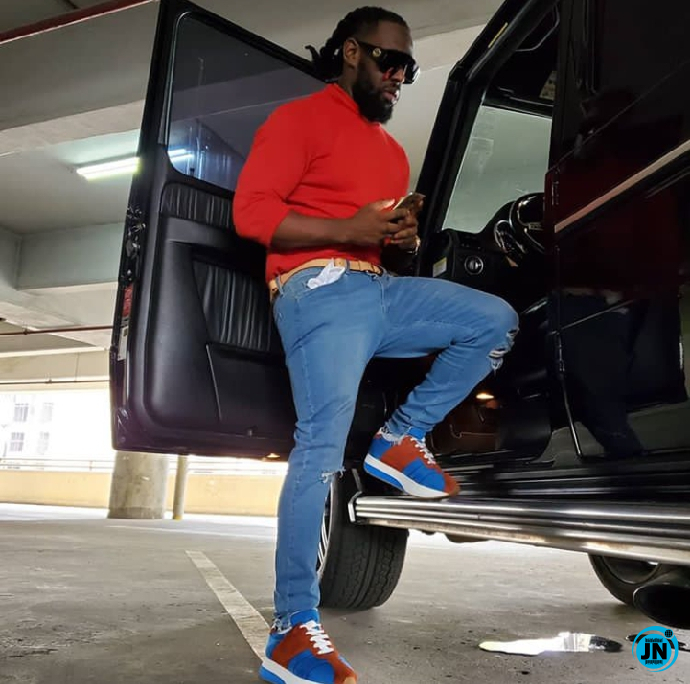 Inetimi Timaya Odon popularly known as Timaya made it into Forbes richest musician in Nigeria 2020 with a net worth of $10.5 million.

Timaya was first spotted on Nigerian music scene 2005 with a hit song titled ''Dem Mama''. The song was inspired by 1999 brutal killing of a full village in Bayelsa State, Nigeria.

Meanwhile, the award-winning Port Harcourt 1977 born sensation has remained relevant with series of tracks including his most recent trending song titled ''I Can't Kill Myself''. 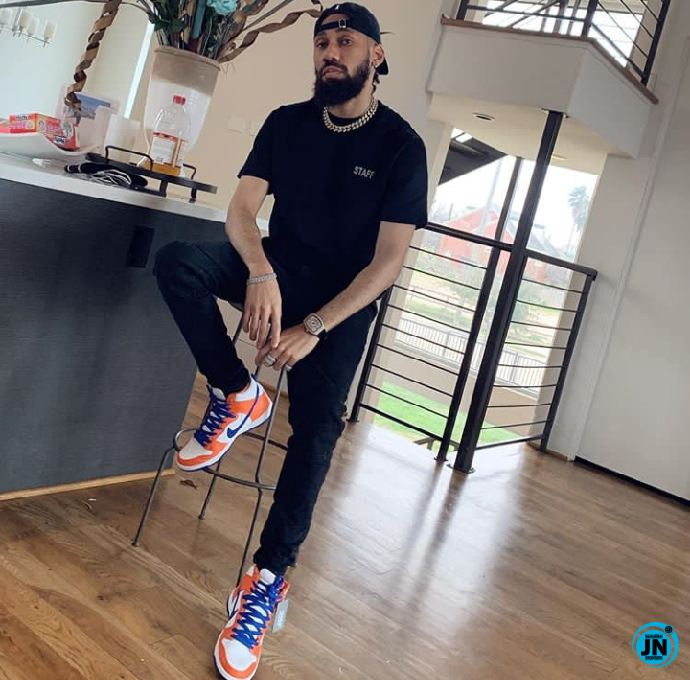 Chibuzor Nelson Azubuike with a global name as Phyno is a Nigerian indigenous rapper, singer. He has placed the Ibo language on world map alongside other Ibo artists.

Phyno the 1986 Enugu born sent his fan base into ecstasy back in 2014 with His debut studio album ''No Guts No Glory''. All this while, he has been relevant.

He made the richest musician in Nigeria list with a net worth of $11 million. 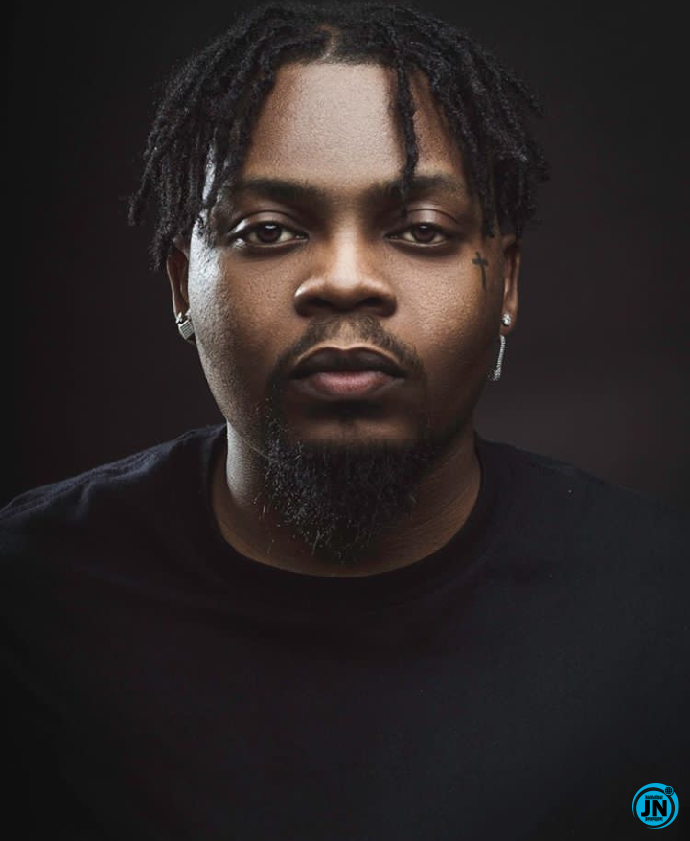 Olamide is a Nigerian indigenous rapper, born 1989 and a native of Bariga, Lagos state.

The award-winning artist first showed some flashes of brilliance in 2011 with a debut studio album ''Rapsodi'' under the stewardship of Coded Tunes.

Olamide Adedeji made his mark with his subsequent album released under his imprint record label YBLN Nation.

However, Olamide has made the top 10 richest musicians in Nigeria 2020 on the 6th spot with a net worth of $12 million. 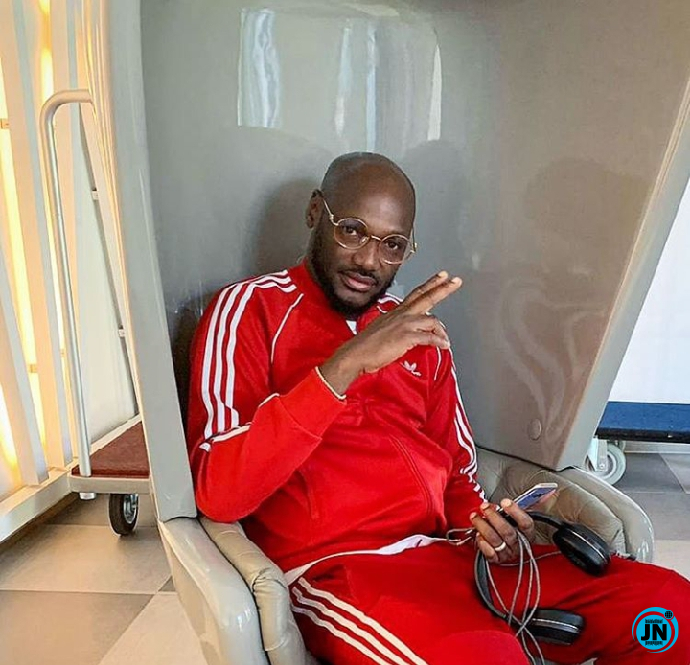 Innocent Ujah Idibia, known as 2Baba was born in 1975 in Jos, Nigeria. He is a seasoned singer, songwriter, and Philanthropist.

2face Idibia is regarded as one of the new millennium pioneers of African music and he has shown consistency within the entertainment industry and out large.

He made the Nigeria richest musician list in 5th place with a net worth of $16 million. 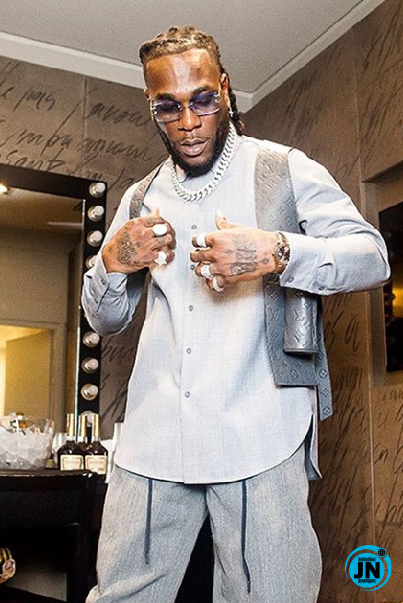 Damini Ebunoluwa Ogulu is a Nigerian afro-fusion singer born in 1991 in Port Harcourt.  He is known as Burna Boy with his first single in 2012 titled ''Like to Party''.

The singer has left no stone unturned especially with his latest album dubbed ''African giant'' and has earned himself Grammy awards 2020 finalist which he narrowly lost.

Meanwhile, the Afrofusion singer has made the Forbes 2020 richest Nigerian musician with a net worth of $17 million toping legendary 2face Idibia and co. 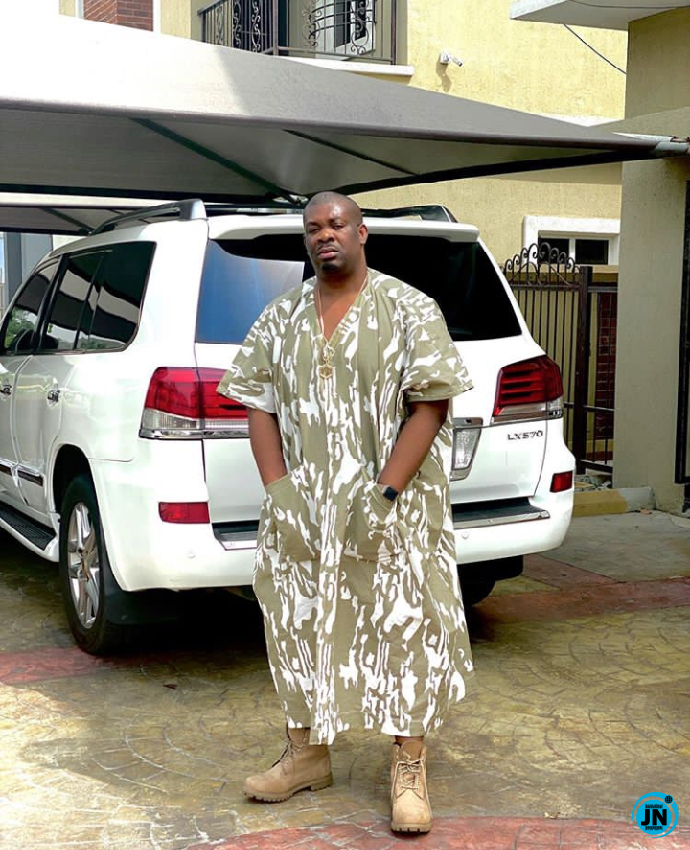 Don Jazzy is a Nigerian singer, record producer, and entrepreneur. While In 2004, He co-founded now-defunct Mo' Hits Records label.

Upon the cessation of Mo' Hits, he set up Mavin Records in May 2012 which delivered their first blessings with the song titled Dorobucci.

However, the Mavin record label boss stood on 3rd position with a net worth of $18.5 million. 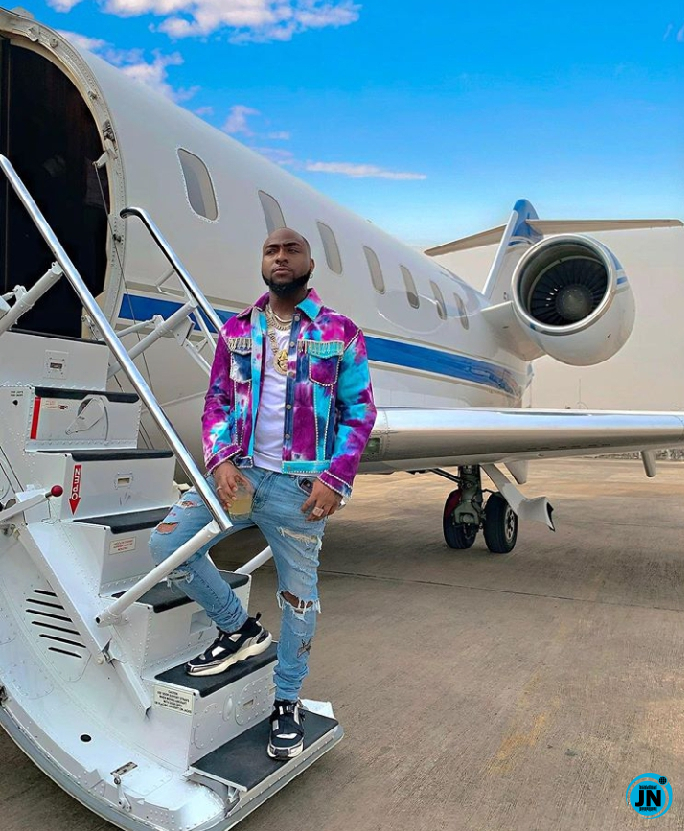 David Adedeji Adeleke, known Davido is a Nigerian American-born singer. He made his first musical appearance in 2012 with a hit single titled ''Damiduro''.

However, if anything could be forgotten about the DMW boss, definitely not his recent drops such as ''Blow My Mind'', ''Risky'', and top-notch ''Sweet in the Middle''.

Davido is pretty young to make this list at 27 years old, he is a big-money man to watch our for as times goes on.

Meanwhile, He holds 2nd position with a net worth of $19 million. 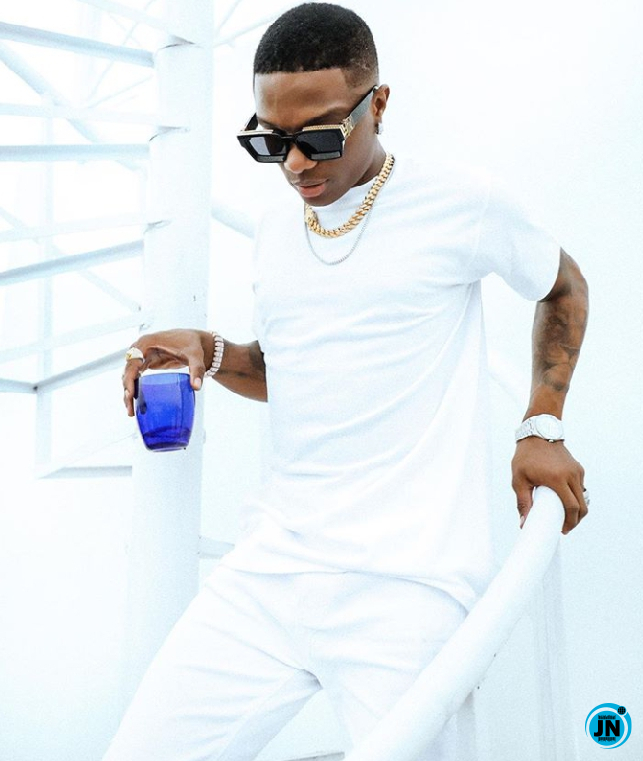 Wizkid clinched number one seat on the Top 10 richest musician in Nigeria 2020 with a net worth of $20 million. And we believe this not surprise to you because he has been very dominant all this while.

The richest Nigeria artist has earned this spot with a fan base always ready to snap up anything issue out. Notwithstanding the fact that he currently boasts the largest endorsement deal in Africa and global market distribution.

We also understand some music lovers may not be satisfied with this top ten listed. Kindly do well by sharing your thought with us.

Please let us know your favorite musician who made the Top 10 richest musicians in Nigeria 2020 and those who you hope to get enlisted overtime.

Nice one all the best for all of them

Wow.I thought davido was the richest ooo but is wizkid anyway they are all my favorite artiste

Like for real! I even thought p square is richer than wizkid ......so, starboy is making it everyday without stress......bit I respect Davido

Well I thought Davido was richer than wizkid.

Wow burn boy dey give me joy like mad oooo


And kiddos to wizzy baba
The fever master 😍😍😍

Omo I Must be rich o. Not through illegal means though

Wow....i thought psquare are the first on the list last year....
Wiz kid is making it day to day without any disturbance