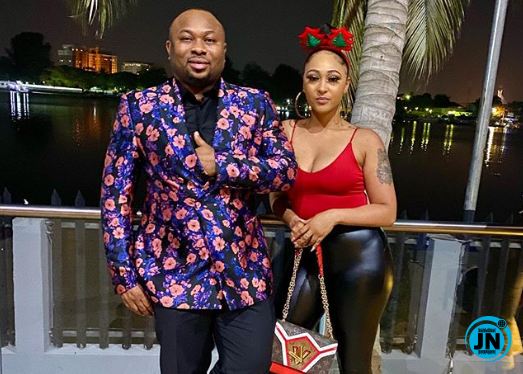 The ex-husband of popular Nollywood actress, Tonto Dikeh, Olakunle Churchill has confirmed his marriage to another actress, Rosy Meurer.

Recall that Tonto once called out Rosy in an interview for allegedly sleeping with her ex-husband and being the main issue behind their split. The accusations were however denied by Rosy. Well, Churchill’s post to Rosy Meurer on her birthday today seems to prove Tonto right.

In the beautiful birthday message he posted on his Instagram page, Olakunle Churchill referred to Rosy Meurer as ‘Mrs. Churchill.’ 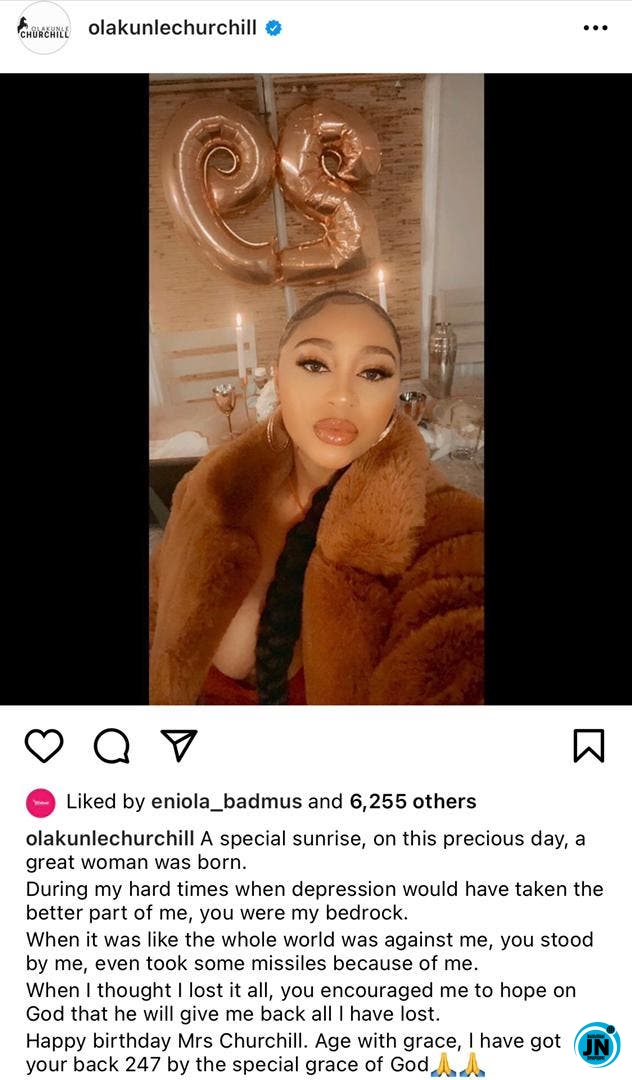 It reads:  “A special sunrise, on this precious day, a great woman was born. During my hard times when depression would have taken the better part of me, you were my bedrock. When it was like the whole world was against me, you stood by me, even took some missiles because of me. When I thought I lost it all, you encouraged me to hope on God that he will give me back all I have lost. Happy birthday Mrs Churchill. Age with grace, I have got your back 247 by the special grace of God.” he wrote.

Rosy Meurer was in the center of the crisis that rocked the marriage between the philanthropist and Tonto Dikeh some years back.