Tolani Otedola Shares Her Dream As An Akara Seller
Posted by

Tolani Otedola, a Nigerian musician and songwriter, shocked audiences by disclosing a part of her subconscious thoughts. 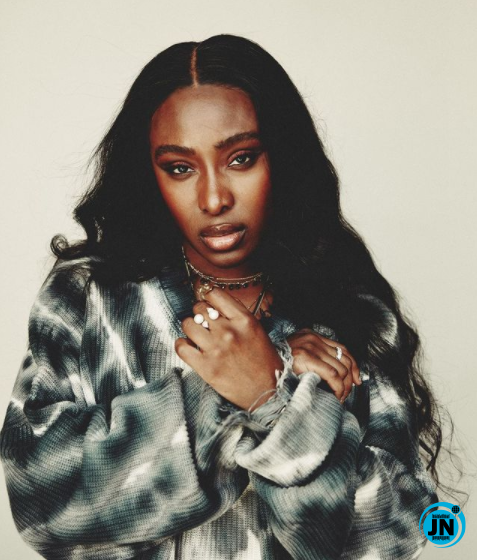 The rich daughter shared an odd dream in which she was selling beans cake, also known as Akara, on her Instagram page.

Tolani claims she was working at a KFC-style restaurant, wearing a uniform, and gleefully forcing Akara to sell to her wealthy patrons.

Tolani revealed that her dreams have always been wild, but this one has utterly blown her away, prompting her to resort to Twitter to seek assistance. 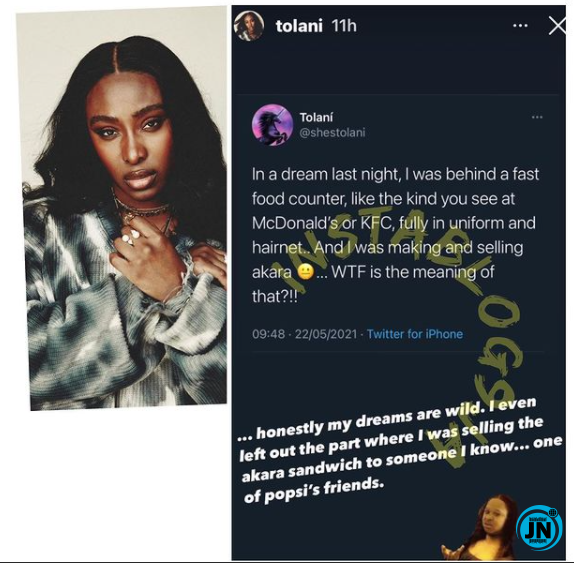 Netizens immediately reacted to Tolani’s post. Many wondered while Femi Otedola’s daughter will be having such dreams, while others linked her dream to her father’s connections after she revealed that her customers were her father’s billionaire friends.

In a dream last night, I was behind a fast food counter, like the kind you see at McDonald’s or KFC, fully in uniform and hairnet.. And I was making and selling akara 😐... WTF is the meaning of that?!!