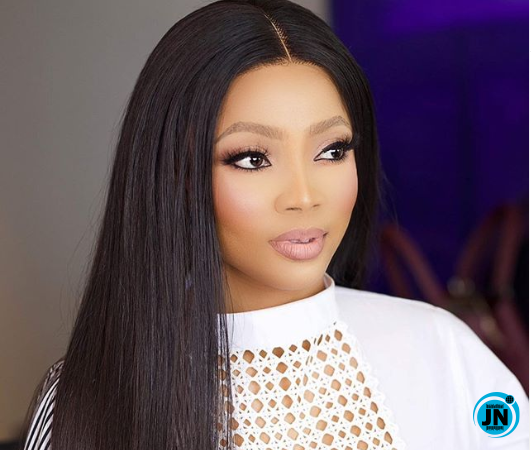 It was a really tragic day yesterday, after the death of American Basket baller Kobe Bryant, 13yr old daughter and other victims of the helicopter crash at Calabasas, California.

A great number of people all over the world have put up posts to mourn NBA legend Kobe Bryant, his daughter, and the other people who were involved in the crash.

However, some critics opposed the overwhelming show of pain, especially coming from those who never knew him personally and who didn’t celebrate him while he was alive.


They further went on to accuse those mourning him of hypocrisy and trying to do things because it’s trending.

“Before you criticize people for mourning a legend they haven’t met or paying their respect to Kobe, before you comment foolishly, think about your life, your work, your message to the world and hope that when it’s your turn to go the world will feel your departure". 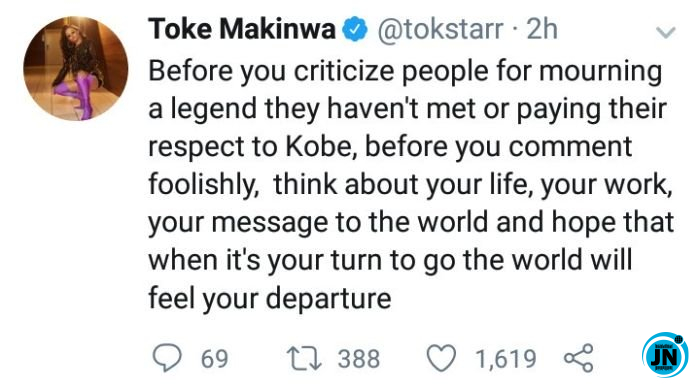 TAG : TOKE MAKINWA
Zlatan Mocks Police At Checkpoint, Asks Them If They Don't Watch TV
You Should Be Jubilating They Are Comparing You To Tacha: Nollywood Actor Slams Cee-C
Nollywood Actress, Tonto Dikeh, Others Reveal Why They Did Plastic Surgery (Watch Video)
“African Parents Are The World’s Worst; They Ruined Our Lives” – Toke Makinwa
‹‹‹ 1 Last
(Pages: 1 )

‘Don’t Do This Bro, Delete It’ - Nigerians React As Korede Bello Calls Out Burna Boy

How Wizkid Inspired Me - Davido (Video)

an hour and 11 minutes ago

an hour and 15 minutes ago

an hour and 19 minutes ago