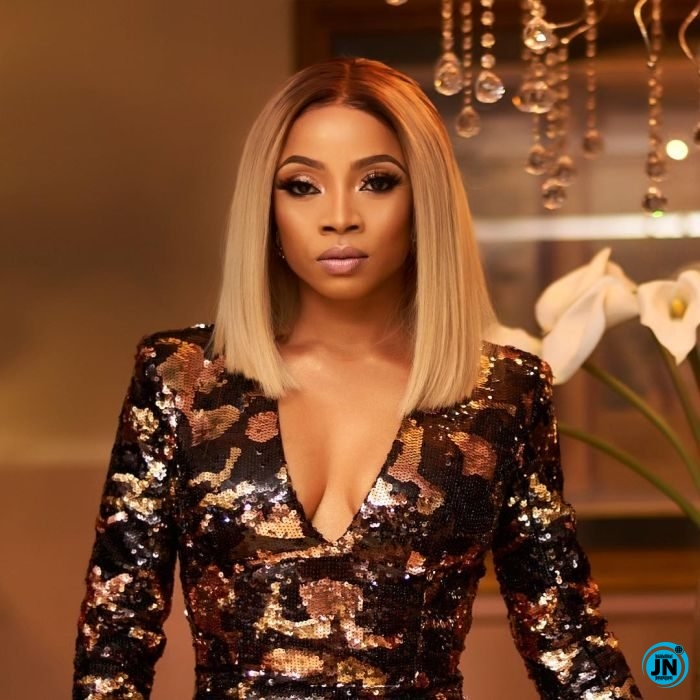 Toke Makinwa reached out to a Nigerian man on Friday afternoon who stated that he regrets marrying his wife.


Toke had taken to Twitter to ask how her followers are doing, and the Twitter user @oladeplentyola replied

”Regretting the biggest mistake of my life ( married to my wife).”

Toke was kind enough to give him some marriage advice following his startling revelation about his marriage. 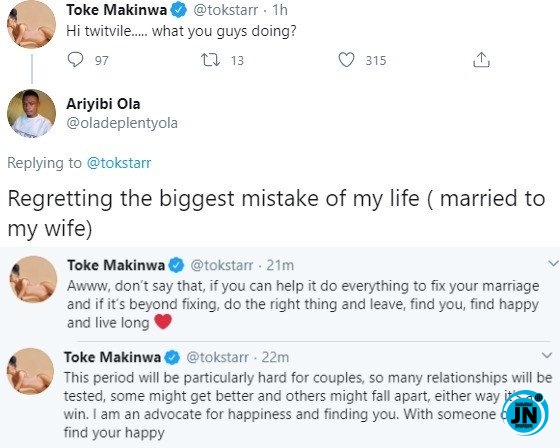