Popular Nigerian media personality, Toke Makinwa has taken to popular photo video sharing platform, Instagram to reveal what she will be doing throughout this new week. 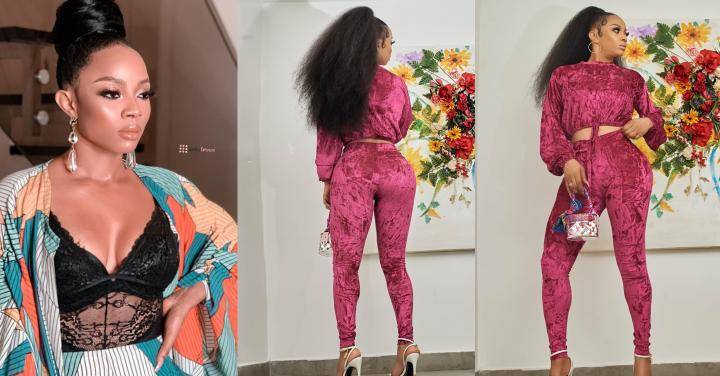 The On Air Personality took to Instagram to share a photo of her self showing of her backside and hair stating what she will be doing throughout the week.

Toke in the caption simply wrote that she will be whipping her hair back and forth throughout the week.

Meanwhile her followers have taken time to drop something in the comment section of her post to drop how they feel about her move for the week.

Checkout their comments below:

Toke Makinwa has off recent even in the news after revealing she flirted with a married man in a night.

Toke narrated that she didn't know the man was married until she found a ring on him.

Toke revealed this when she answered a question on when last she was involved in flirting.

She further said when she saw the ring on him she had to bounce which meant she had to leave the man.

‘Toke Easy Oh’ - Followers React As Toke Makinwa Reveals What She Will Be Doing Throughout The Week
$100, about N38,639 is needed to prevent 8 children from pneumococcal infections throughout their lifetime