Popular reality star, Natacha Akide widely known as Symply Tacha, has once more appreciated and bragged about her fan base, popularly known as “Titans”, stating that they have been resurrecting careers since 1951.

The self acclaimed Port Harcourt first daughter, said this while reacting to the recent drama between ex-housemates at the BBNaija Reunion. 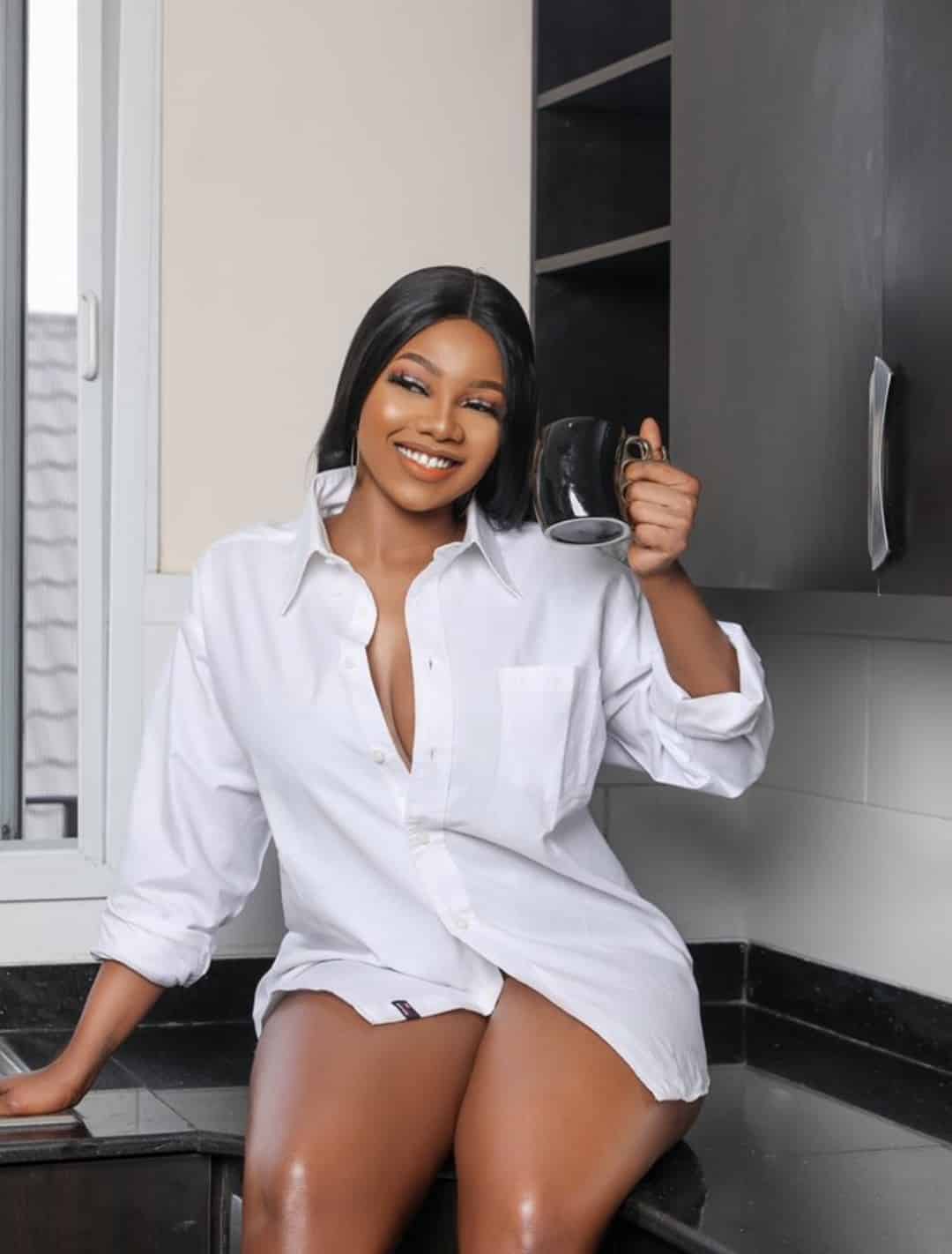 During the reunion, Thelma had a few minutes to speak about evictions, housemates and interestingly, her target was former housemate, Tacha.

Thelma shared how she perceived the titans to be as badly behaved as their star who can do no wrong.

Reacting to this, Tacha said everyone wants to talk about the Titans in order to trend, as Titans have been “resurrecting careers since 1951”. 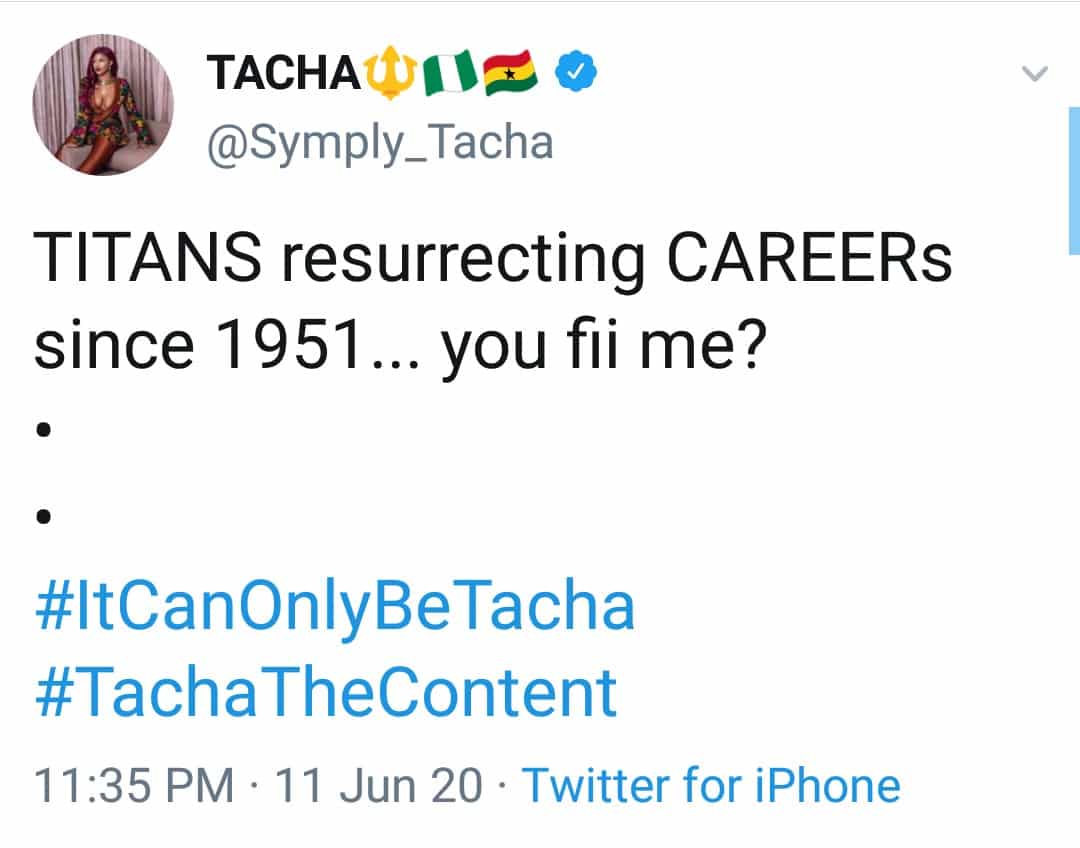