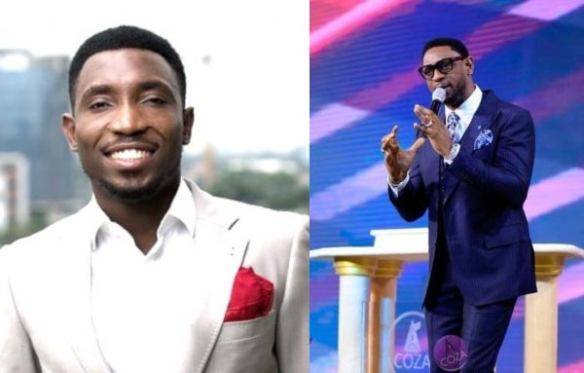 It seems that the ongoing drama between singer Timi Dakolo and Pastor Biodun Fatoyinbo of COZA is not coming to an end anytime soon and has stretched on to the New Year, 2020.

Hours ago, Timi Dakolo revealed that his allegations against COZA pastor and his supporters are backed up by WhatsApp chat facts.

Reacting to a 2019 video in which Pastor Mathew Ashimolowo, based in London, showed maximum support for COZA pastor Biodun Fatoyinbo, claiming that he has God's full call and that he is anointed to perform the work of God.

In the video, the Pastor also said that anyone who rises up against God's man will be defeated and disgraced as that fellow must struggle against supernatural powers.

Timi Dakolo, reacting to the video, said it was the same Ashimolowo who called him last year and even had to fly down to Nigeria to arrange a meeting with him.

He then revealed that there are conversations on WhatsApp to support his claims.

He tweeted: “Last year he was calling the whole world to see me. Even though I didn’t mention anybody’s name ,he flew in from london.Everybody that had my number was calling and we had the meeting,Meanwhile NA them them. God have really suffered. WhatsApp convo Dey.”

“I came ready for the two people that couldn’t get my name off their mouth” – Beatrice hints at controversy-ridden reunion
“Please Kill Us Already” – Fans React, As Toke Makinwa’s Shares Hot New Photos
BBNaija: "I’m Not Ready For Marriage" – Kiddwaya Reveals
BBNaija: Winner Of Season 5 Has Been Decided Already – Kiddwaya Tells Ozo