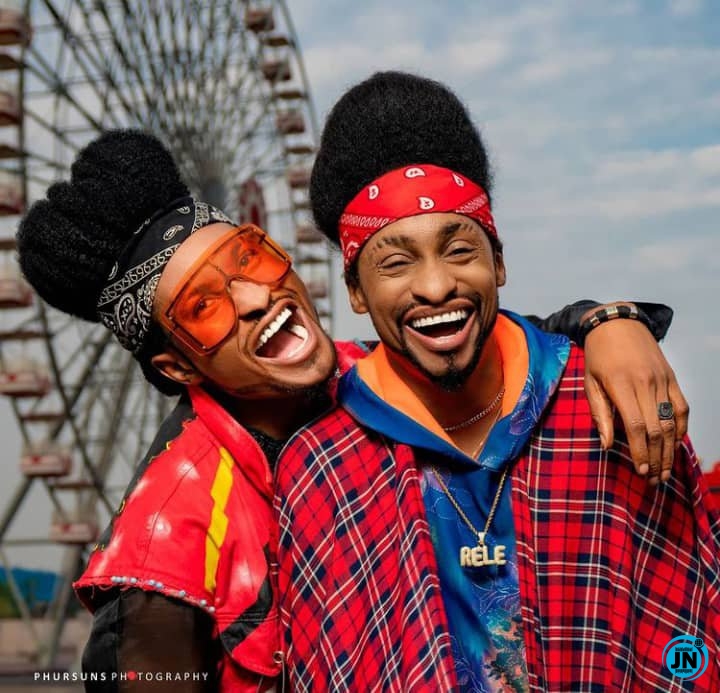 Popular Nigerian television host, Denrele Edun was left in shock after he met his carbon copy some weeks ago, at an amusement park in Ogun state.

According to the media personality, he was on a visit to Hi-Impact Planet for a TV recording when he stumbled on the young man who looks exactly like him. 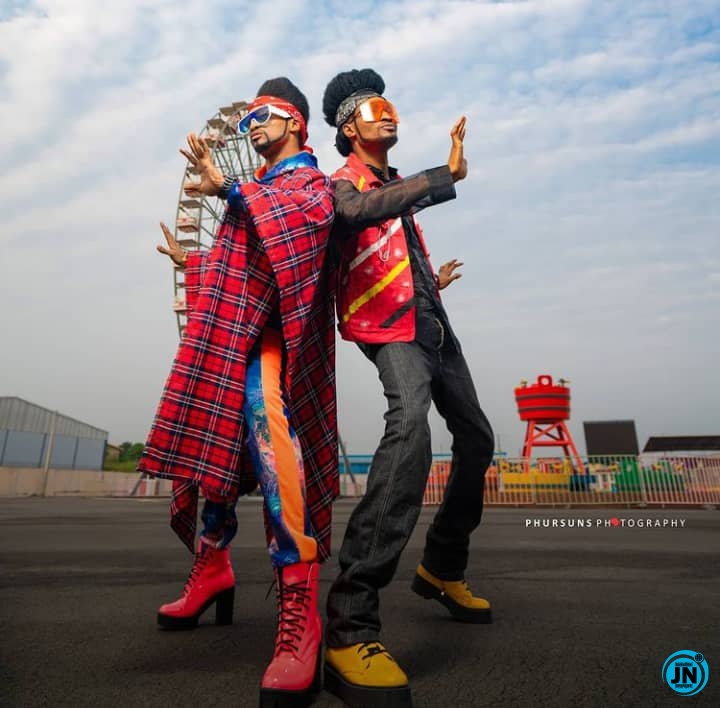 Denrele who shared their photos on his social media pages revealed that he dressed the young man in his ensemble, and was able to confuse people with their looks as it was difficult to spot the difference.

“NOTHING WEY NEBUCHADNEZZER NO GO SEE INSIDE FIRE! Wahala dey for who no resemble DENRELE WEREY o!

“Ran into my *supposed TWIN* at the @hiimpactplanetng when I was hosted a few weeks back for a TV Recording.Dressed him up in my ensemble, save for the Heels (I no wan hear story; Nothing wey I no go see for another pickin parent hand) and we had a blast confusing people all around the complex!

“Time to start Questioning our parents! Since I’m the German-Indian DENRELE, my new Twin will be the Sango-Agbado-ijaiye DENRELE! What do you think of the Resemblance? Flood Me… I am your Comment Section!”

The resemblance too much oo