Nigerians on popular photo and video sharing social network, Instagram have heaped praises on Folarin Falana popularly known as Falz for his statement. 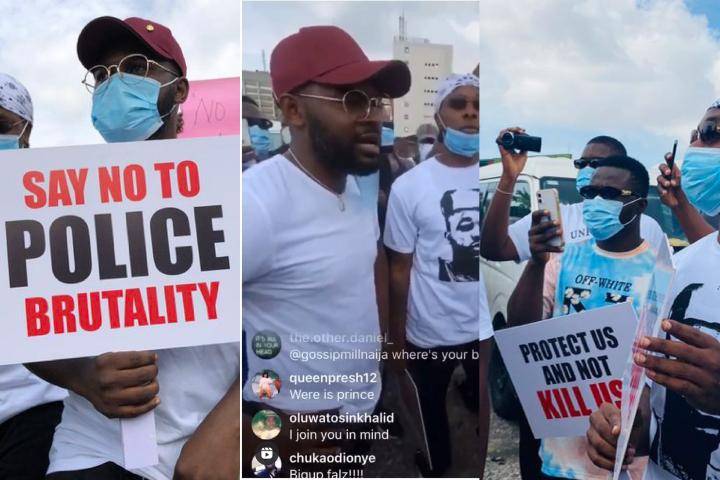 Today, Thursday October 8, Falz and colleague, Runtown joined the protest against the Special Anti-Robbery Squad on the streets of Lagos today.

This two music artists alongside a huge number of youths are currently walking on the streets of Lagos protesting against SARS.

For a long time now, citizens have always taken to their respective social media accounts to narrate their encounter with SARS officials, many have however claimed they extort them.

More reports over the years have also unfolded depicting that these officers kill at times.

This has been hot in recent years now and the Nigerian Police Force do react by saying they will or they had banned them, weeks later these officers are on the streets again.

Now, Runtwon and Falz joined the youths on the streets in protesting.

However a video of Falz talking while the protest was going on has impressed Nigerians as they claim he was saying exactly what they wanted.

According to Falz in that video, Nigerians do no want SARS to be reformed or banned but they want it to be scrapped entirely.

See screenshots from reactions below: 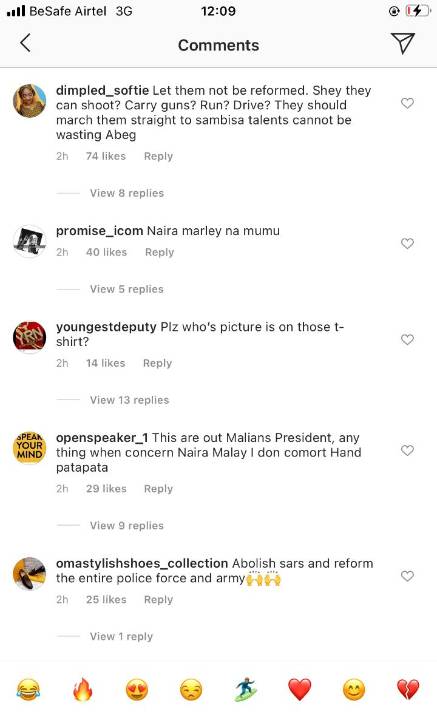 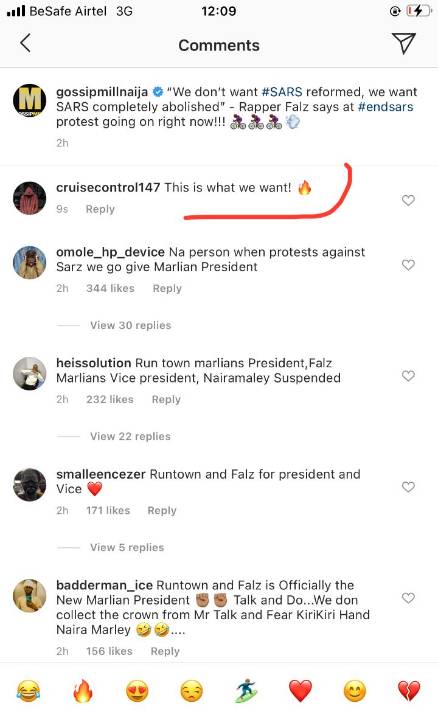 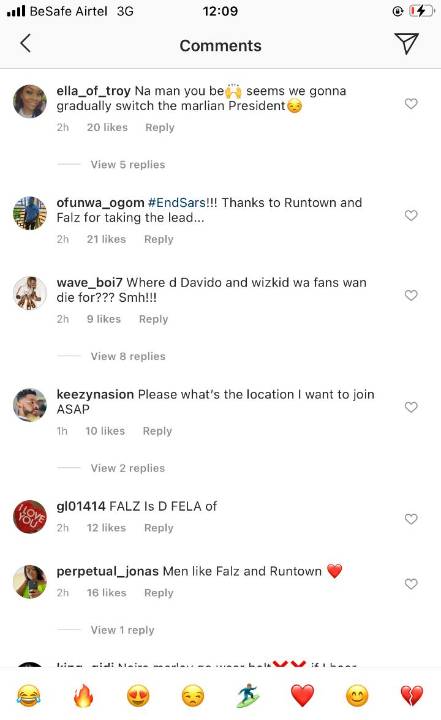 I needed falz and runtown to become marlins president and the vice.
But I will love falz to be the president Mr talk and do #endsarz