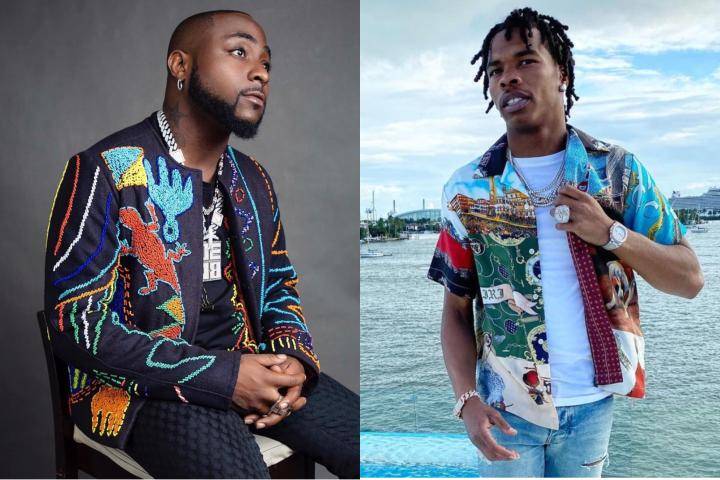 Davido is gearing up for the release of his third studio album titled , ‘A Better Time’ which features an array of American music superstars and one of them is Lil Baby.

Davido yesterday as at 6pm dropped ‘So Crazy’ featuring Lil Baby and some Americans are not having it.

Some have aired out by slamming Davido saying the song is thrash and it was a forced collaboration.

One American with display name stated that:

”(Lil) baby needs to pick and choose what he features on cause we expect him to kill them all atp.”

“This is straight up not a good song. Just cuz nigga is cool in the industry doesn’t mean they gotta work on collabs . Just 2 different sounds that don’t mesh well together.”

“You play this around me I’ll physically drag you.”

Check out the screenshots below: 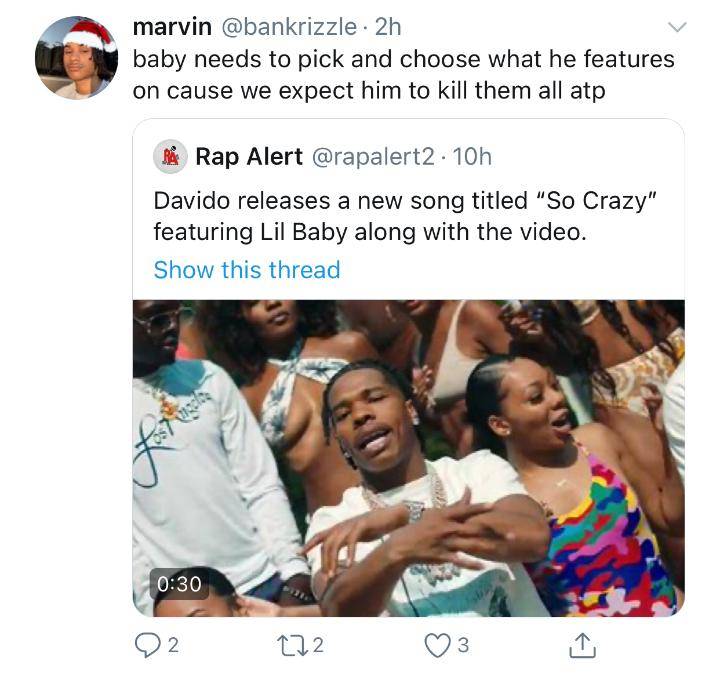 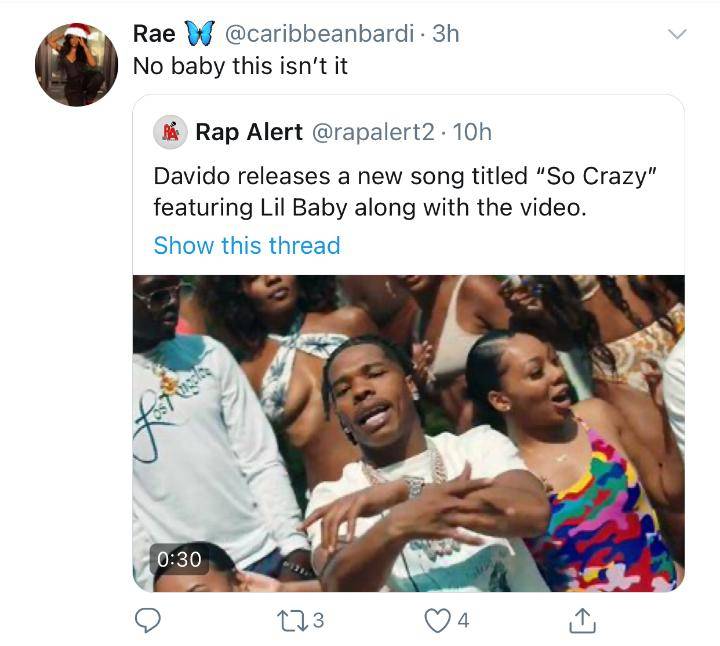 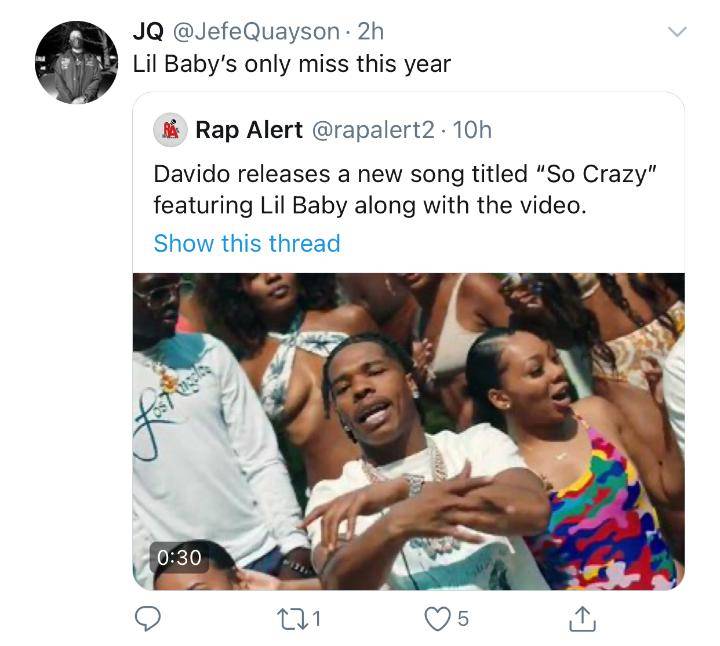 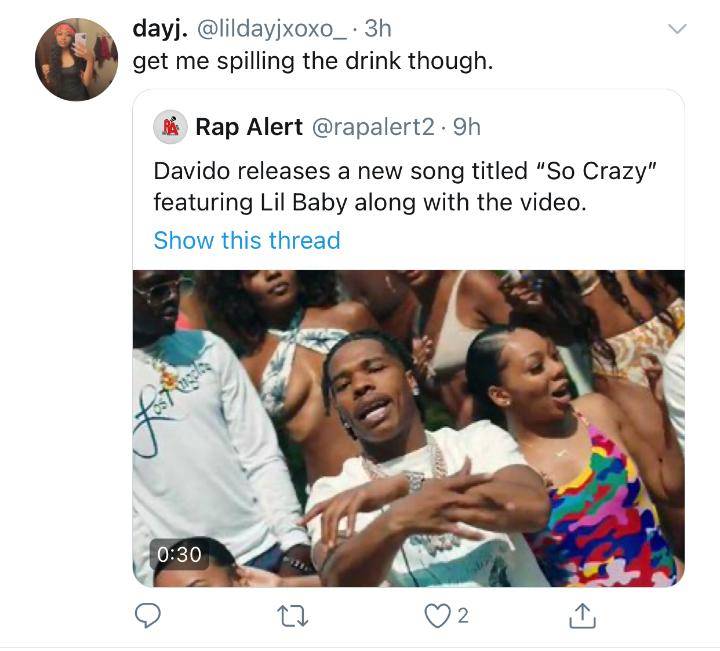 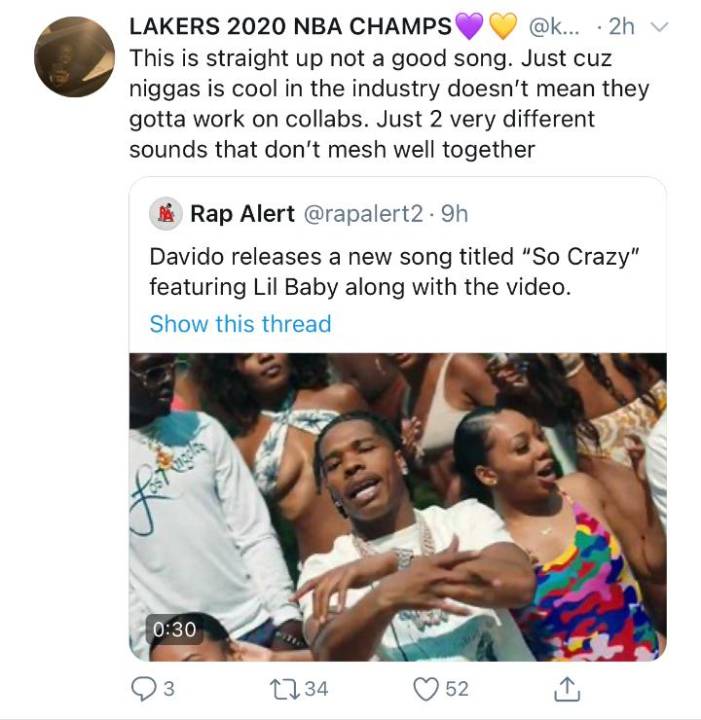 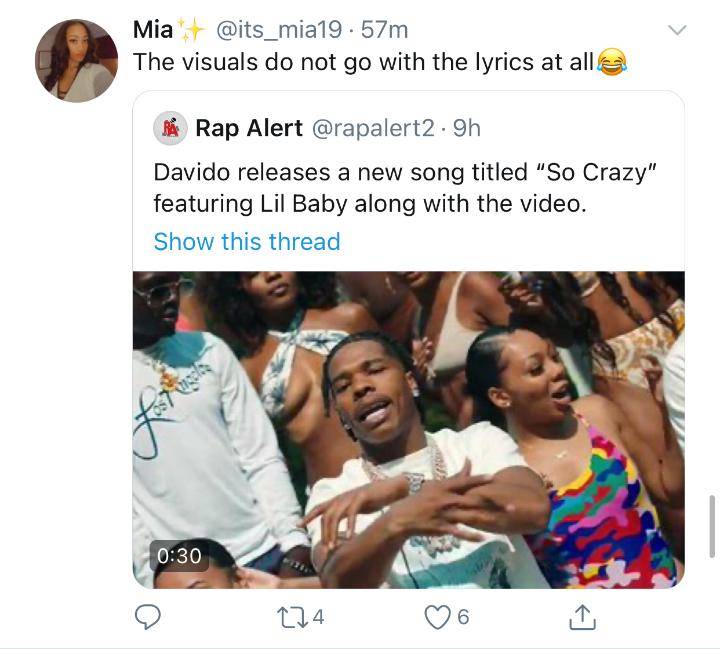 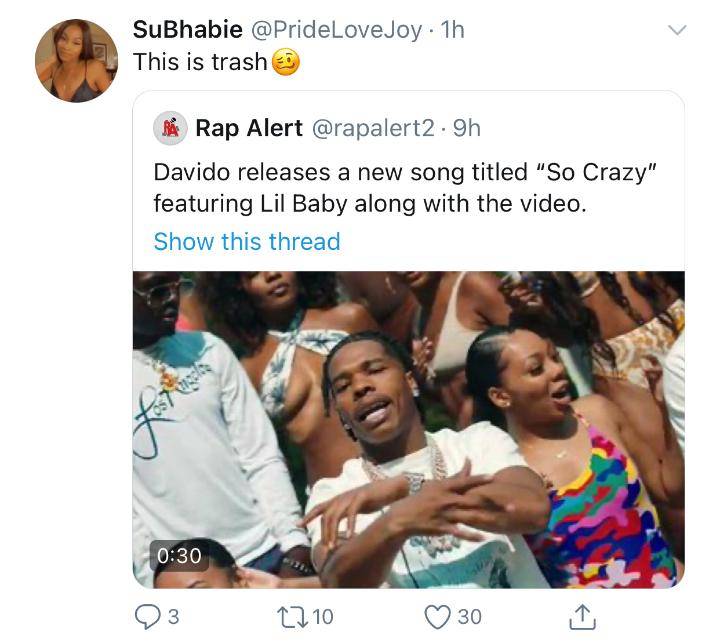 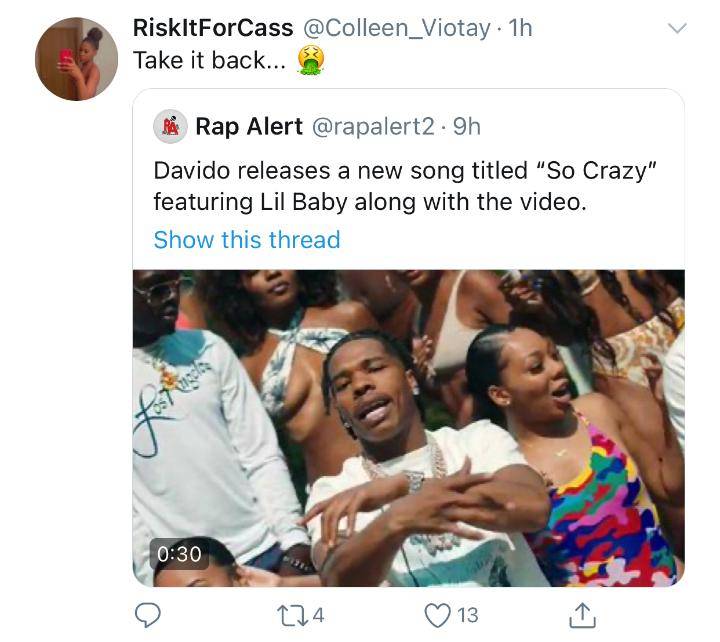 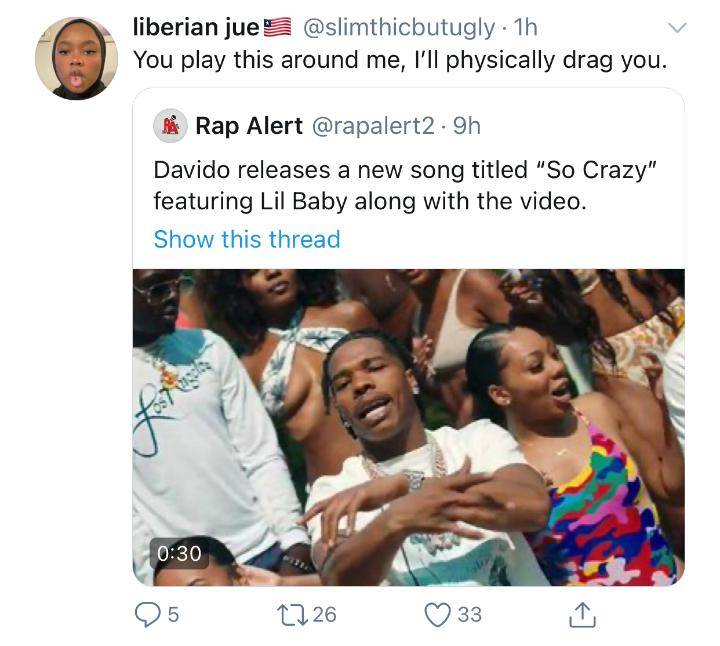 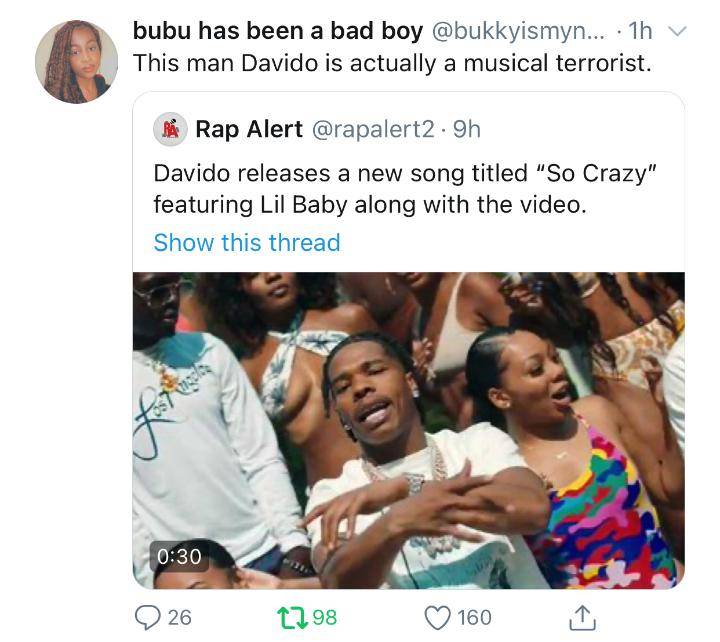 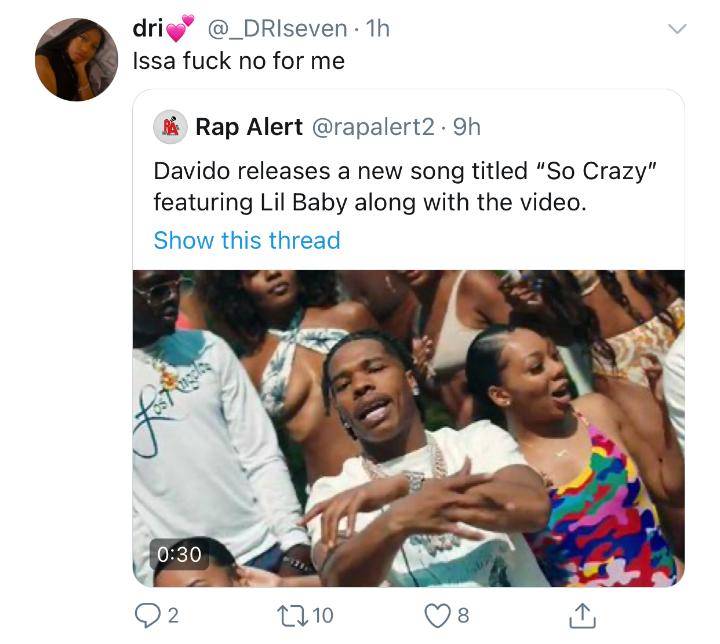 Song is TRASH for reals! Lil Baby's Lyrics were just so off.. Both of them na from different worlds.. Them for just dey thier lane dey give us thier own kinda vibes. Anywho', kudos to Davido for getting Lil Baby on a track with him. 💪 #ABT

Hmmm, this track is so sophisticated on no, bring it back one time 🔥🔥🔥