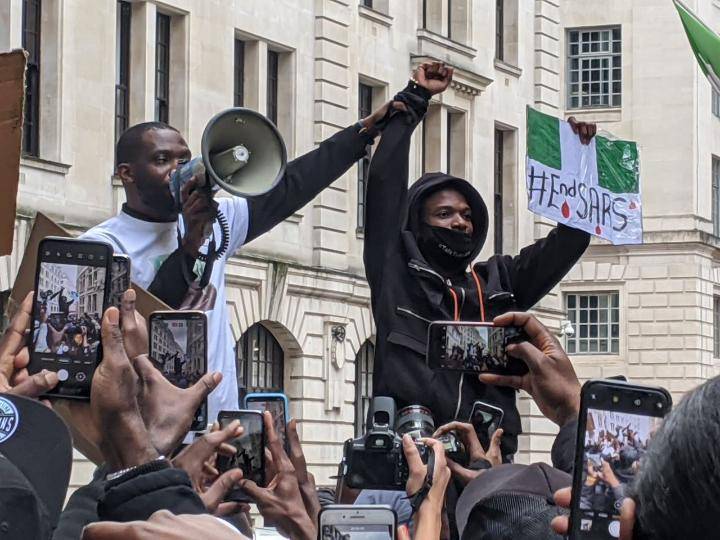 This has brought so much joy to the hearts of thousands of citizens who have for years cried out for the end of the police unit who have been partaking in different unspeakable activities.

Wizkid however joined the protest held in London today and the news of the disbandment met them at the venue and he told the crowd the news.

Minutes after that, the ‘Ojuelegba’ crooner took to his Twitter account to speak about the announcement from the Inspector General about the disbandment of SARS.

Wizkid stated this is the beginning.

He further implored that the Nigerian youths should know their rights and fight for it because they deserve it.

He stated that this #EndSars protest is not about him or any individual but it is for everyone and the next generation to come. 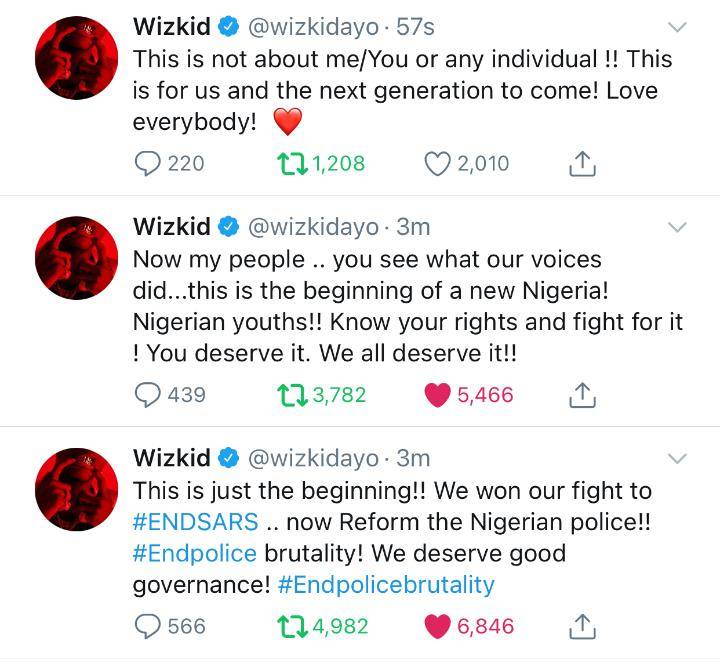 UNIBEN begins mass in production of liquid soaps and hand sanitisers
Whip Alert! Rapper Zinoleesky Buys His First Car
Vee slams on Dorothy saying, Her Head is bigger than her Body.
“I didn’t know I’m this famous, everybody knows me” – Mercy Eke brags