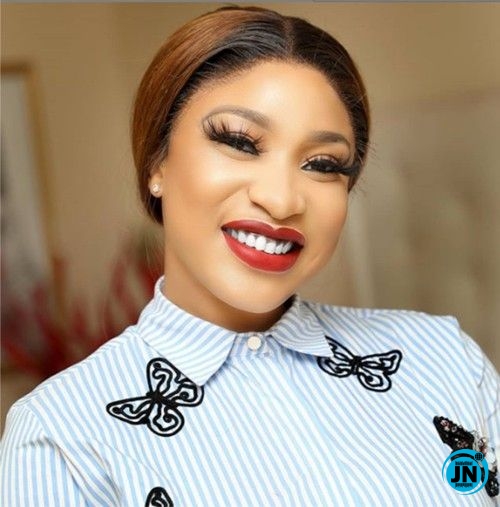 Nollywood actress and philanthropist Tonto Dikeh has aired her views on the situation surrounding the arrest of Nollywood actor, Olanrewaju Omiyinka, popularly known as Baba Ijesha, who was caught raping a fourteen-year-old girl.

The actress who’s bitter about the situation took to her Instagram page to insist that Baba Ijesha must not be released or granted bail because he’s a celebrity.

The mother of one further urges her fans to tag all foreign and local authorities to ensure that justice prevails.

“ANYONE WITH INFORMATION ON THIS PLEASE CONTACT ME..
This EVIL MAN MUST NOT BE RELEASED NOT GRANTED BAIL..
They may twerk the law to his favor as a celebrity, WHAT WE SHLD ALL DO IS REPOST THIS AND TAG FOREIGN AND LOCAL AUTHORITIES...
.
.
HE RAPED US ALL WHEN HE RAPED HER…MOTHERS COME OUT THEY HAVE STABBED US”. 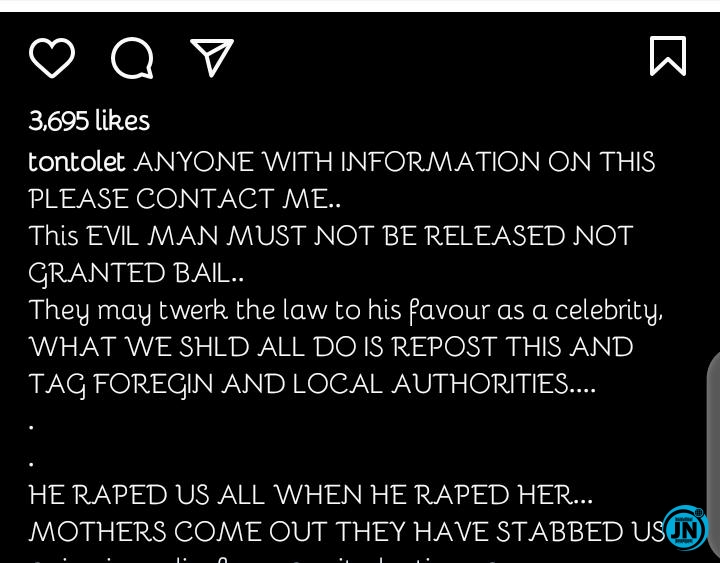 Tonto Dikeh’s son, King Andre, bags endorsement deal with beauty product brand
“I have never been this pissed off in a while” – Tonto Dikeh cries out
“I miss SHIM vawulence” – Tonto Dikeh makes mockery of Bobrisky in recent post
“This is so hurtful to me” – Kemi Olunloyo breaks silence after being bashed by Tonto Dikeh (Video)