Popular Nigerian music artist, Tiwa Savage was met by a comment she wouldn't be expecting. The mother of one took to her social space to share a new photo of her self looking not to chubby but slim while she rocked a ripped jean.

Tiwa Savage definitely received good comments for her post as some hailed her for looking so hot at her age.

Different celebrities hailed her mostly females ranging from actresses to music artists to OAPs and more.

But a certain user actually commented to caution her outfit.

The commenter had to comment that to note her that her outfit is torn.

His comment was definitely made in reference to the fact that she wore a ripped jean.

See her photo below: 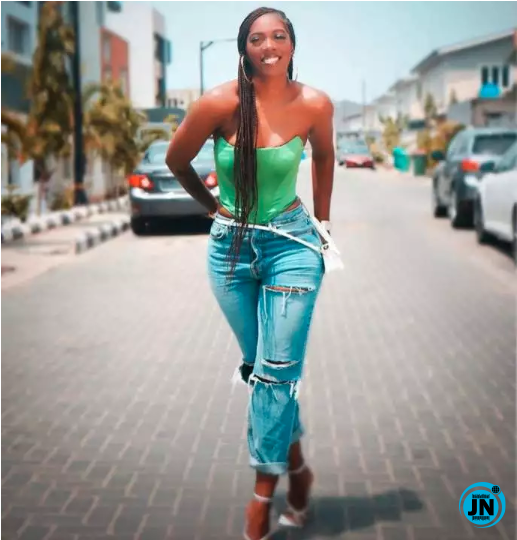 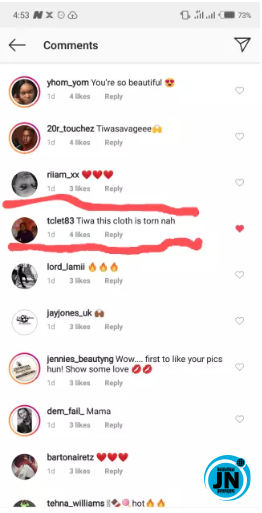 Well, Tiwa Savage was in the new off recent after she cried out over being too accessible because her personal informations are everywhere on the internet.

She went on to say she will definitely be changing very soon because she is becoming too accessible.

Tiwa Savage is Nigerian songstress with a son named Jamil. She has been doing well since her split with estranged husband, TeeBillz.

Actress Adesua Etomi Reacts To Video Of Her Caught On Camera Sleeping On Movie Set
“He’s being childish and has anger issues” – Cossy Orjiakor reacts to broken relationship with German fiance
Actress Uche Jombo, Reacts To The Signing Of Odion Ighalo By Manchester United
Regina Daniel’s Reacts After Her Co-wife, Laila Flaunted Their Photos On Instagram (Here's What She Said)