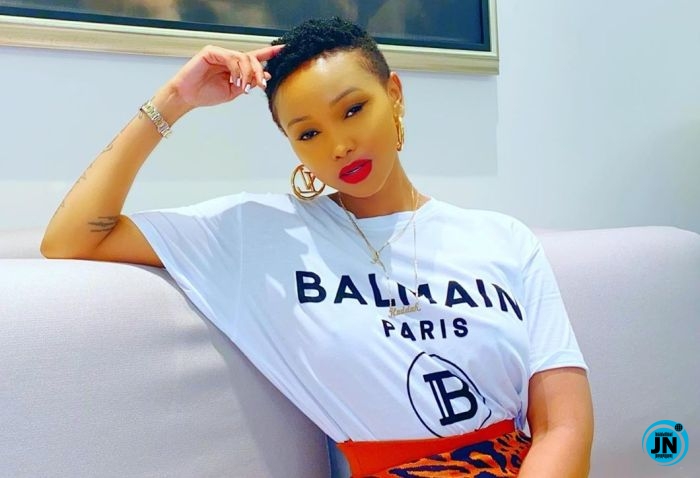 Kenyan born-Dubai based socialite and entrepreneur, Huddah Monroe has trolled guys fleeing from social media, after the release a documented video detailing how Hushpuppi and his gang were arrested, by the Dubai police.

According to Huddah, some guys are terrified and have deactivated their accounts on social media following the arrest of the Nigerian Instagram big boy, Ramon Abass popularly known as Hushpuppi.

She took a swipe at them saying that the police only arrests BIG BOYS (rich men), and not some errand boys such as them, who have little to show on the gram.

See what see wrote below;

“HATE TO SEE SMALL BOYS HIDING ON SOCIAL MEDIA. Y’ALL ERRAND BOYS NEED TO CALM YOUR SKINNY CHESTS! AND CONTINUE HUNTING GALS FOR BIG BOYS COZ NOBODY IS ARRESTING A BROKE MAN.
LOL! THEY ONLY ARREST BIG BOYS! IT HAS TO BE A HEIST NOT ITUNES GIFT CARDS!

She added that “if they arrest small boys you won’t hear it on the news! its not news worthy! imagine”

Furthermore, she described them as clowns and leeches. 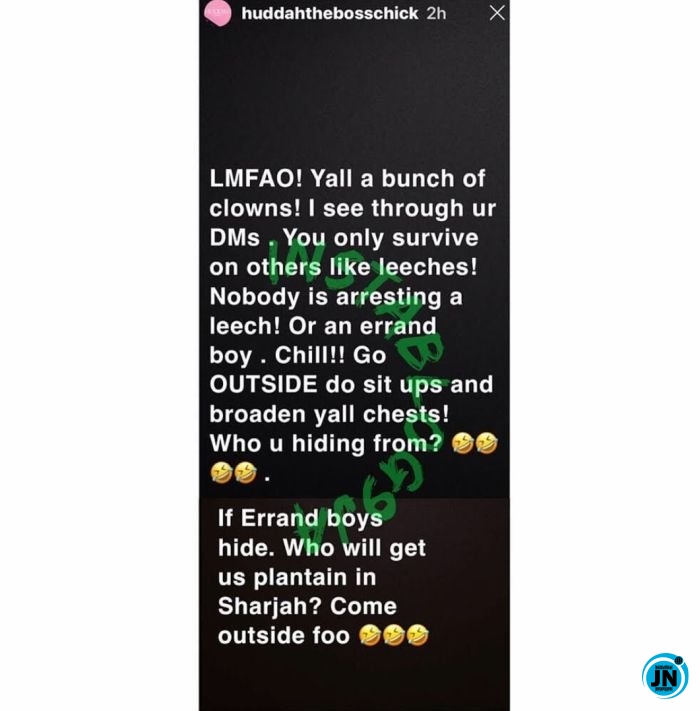