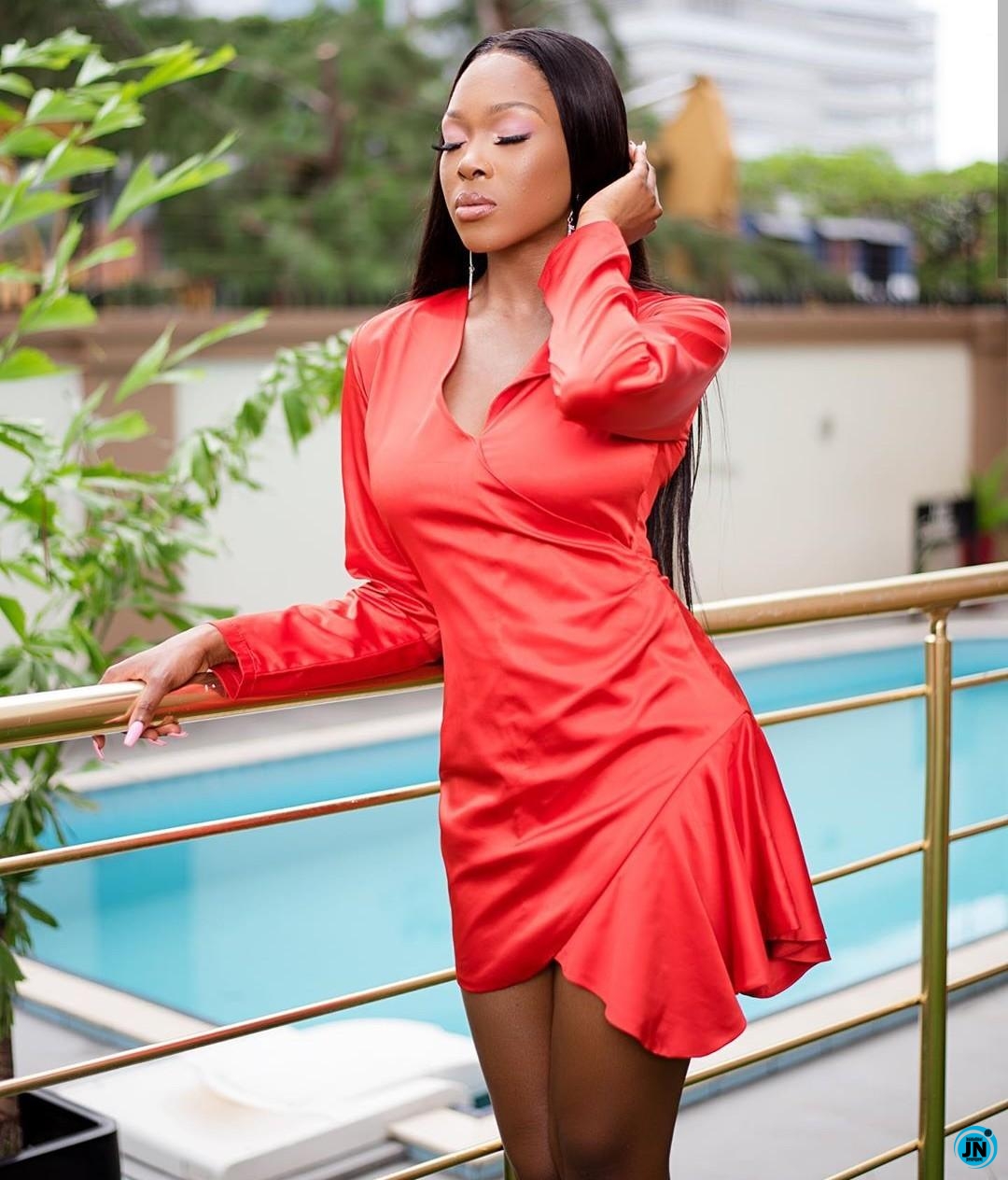 Former Big Brother Naija housemate and finalist, Vee has penned down a message to haters who seek her downfall.

The BBNaija star recently spoke on the way she has been trolled since she left the lockdown house, and how some fans even threatened to pour raw eggs on her during her media rounds.

However, in a new tweet, the upcoming singer, addressed her haters and warned them to desist from attacking her because they can’t fight grace.

She further noted that she will keep on pushing harder and winning despite the hate. 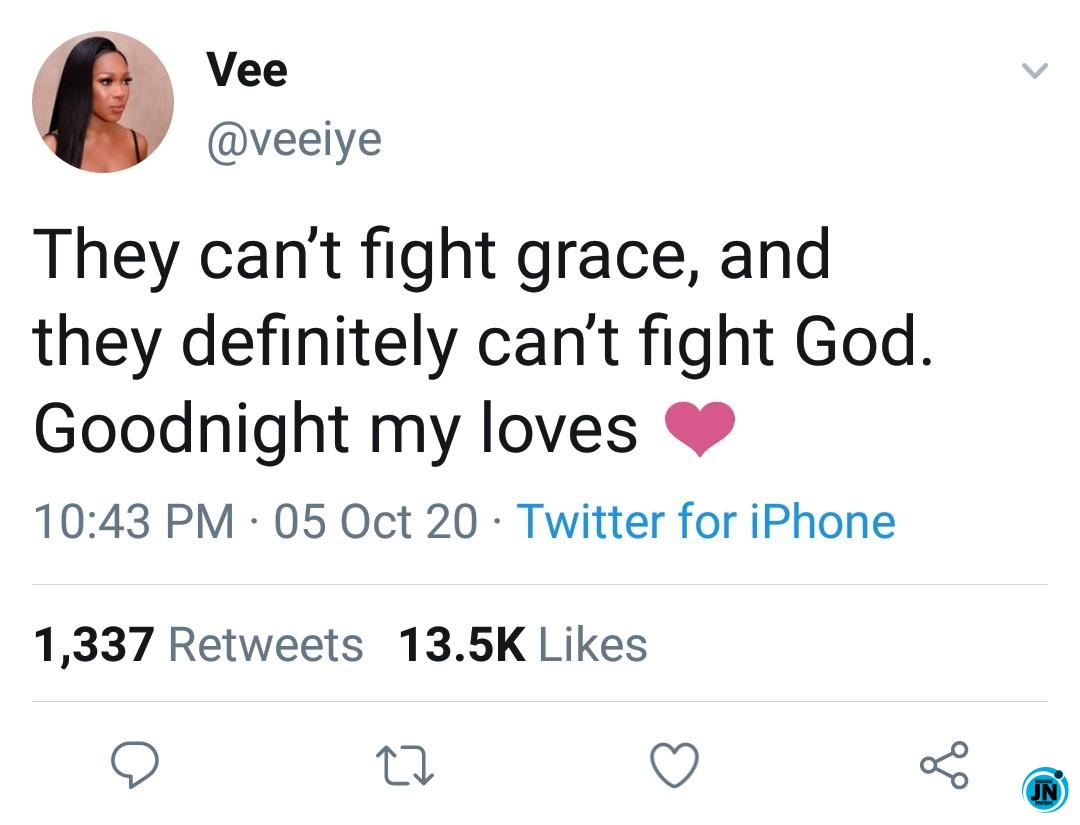 “They said I changed a lot” – Regina Daniels says as she shares dazzling photos
“They Love And Try To Protect Their Kids Like We Do” – Annie Idibia Set To Stop Eating Of Animals
“They beat me up and collected all my money” – Man who was beaten by Dorathy’s fans for voting Laycon, speaks up (Video)
“They made me emotional” – Burna Boy hails Omah Lay and Rema over their performances at O2 concert