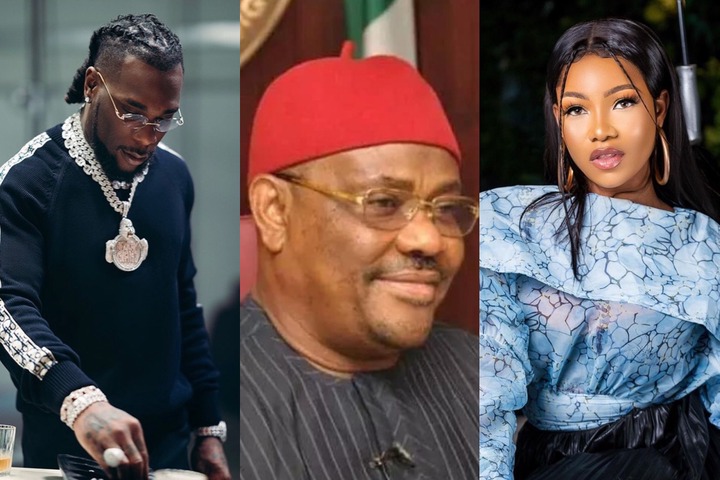 The 2019 Big Brother Naija semi-finalist took to Twitter to share a one minute video of herself ranting and blasting Nigerians who scolded Nyesom Wike for gifting Burna Boy land and money after he visited Rivers state yesterday.

Burna Boy had just won the most coveted award in the music world, and the Rivers state Governor invited him over to the state for a homecoming.

This did not sit down well with some Twitter users who feel the homecoming should not have happened and coupled with the fact that Wike had to give Burna Boy some properties and money.

Tacha, who is also a native of the state, has, however, lashed out at people who felt the Governor should not have done this.

According to Tacha, Burna Boy won the Grammy and for that fact he should have even gotten a public holiday named after him.

She even went further saying he should even have a whole town named after him.

Check out some reactions which followed below: 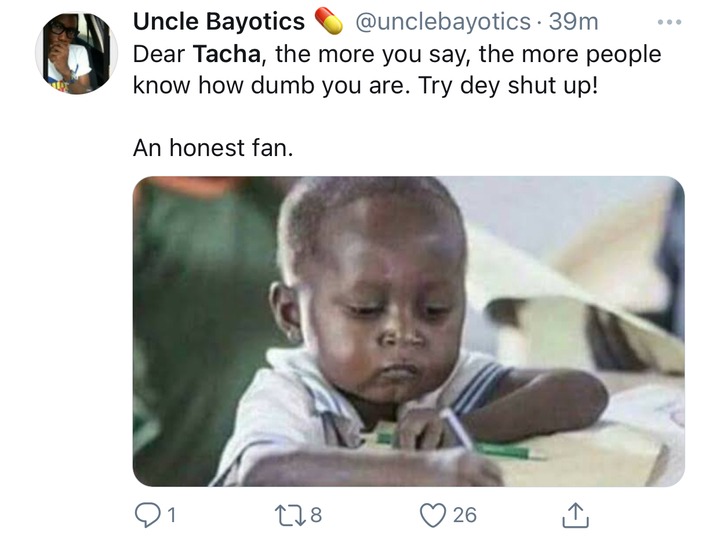 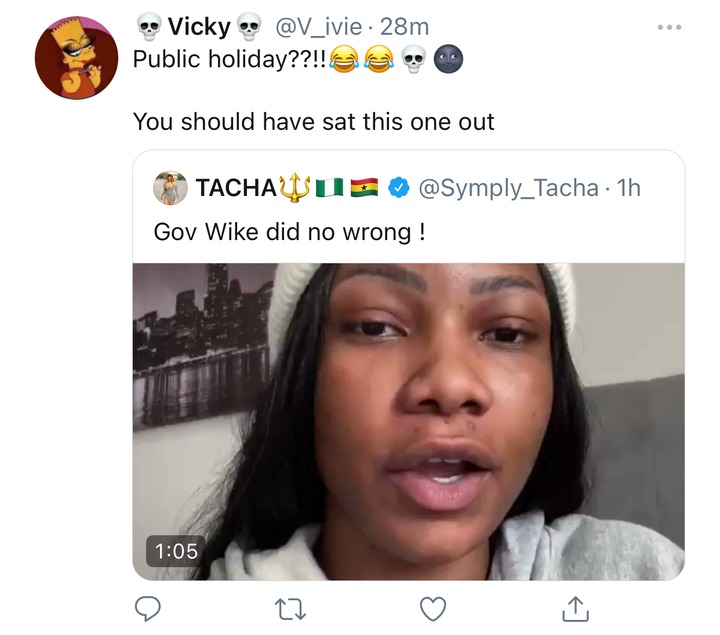 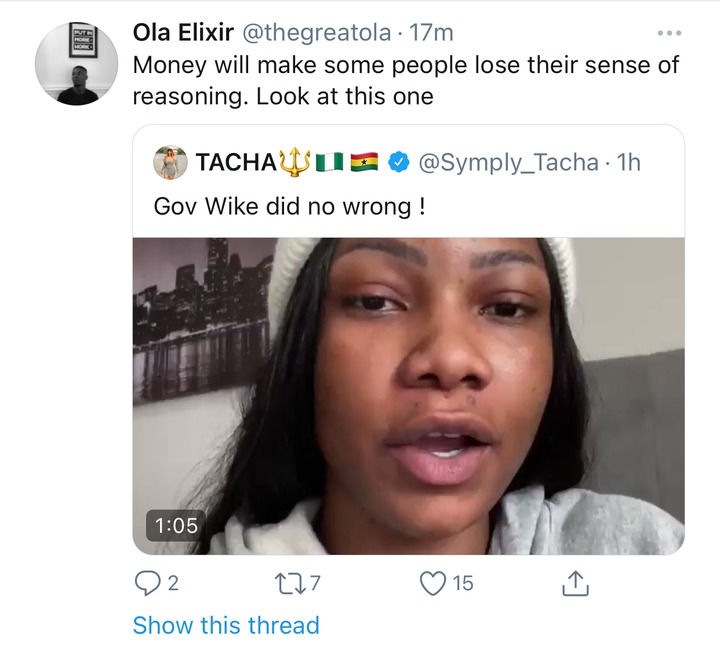 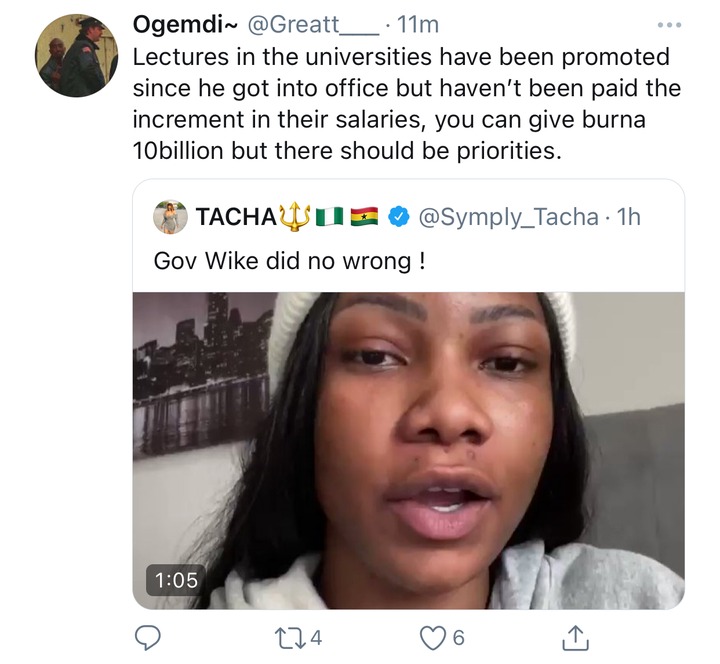 Why we have problems with public debt — ICSAN
Man who posed as female househelp caught and forced to undress publicly
No public University student will pay utility bills next academic year-Matthew Opoku Prempeh
Federal Government Declares; April 10 & 13 As Public Holiday For Easter

Na so my man day do.