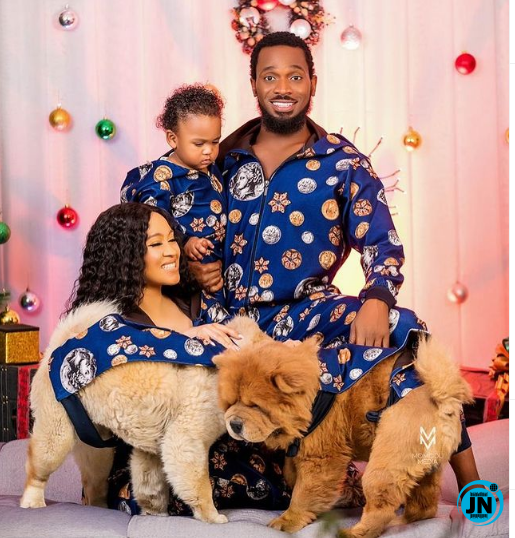 A troll on twitter have reacted to entertainer, Dbanj’s Christmas themed family photoshoot with their dog.

In the photo, Dbanj, his wife, their little son and their Pet (a dog) was seen posing for the photoshoot.

According to the troll identified as @Kinglavish, the family should not have such a big dog as a pet because it can be dangerous.

He added that they need to be more careful because of their baby, reminding that their carelessness made them lose their first child.

Kemi Filani recalls that in 2018, D’Banj and his wife Didi Lineo lost their one year old son, Daniel after he fell into the swimming pool and drowned in their apartment.

The couple however welcomed another baby few months ago.

Sharing a the family potrait on his Instagram page, the 40 year old wrote;

“Merry Christmas To All My Fans / AC Worldwide Sending Love And Happiness To You And Yours . From The Oyebanjo’s ..

It’s Not How Much We Have , But How Much We Appreciate What We Have That Matters……. Merry Christmas … My People Thanks For All Your . #Dbanj. #Kokomaster #Bigvibe”.

Reacting to the photo, @King__lavish wrote;

Reacting to this comment in the defense of the singer, @itz_onel wrote;

“Stupid insensitive prick, take this tweet down…how do you attempt to rub salt on a wound, expecting laughter as the reaction… Fool”

“You are very insensitive and daft”

See another photo below; 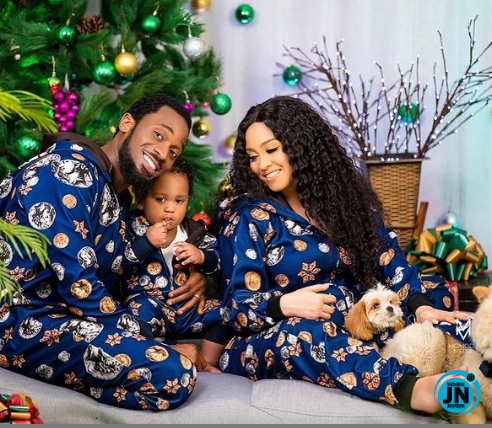