”The world richest man returned to work, but your fav is crying because Nicki Minaj followed her” -Shade Trolls Tacha
Posted by 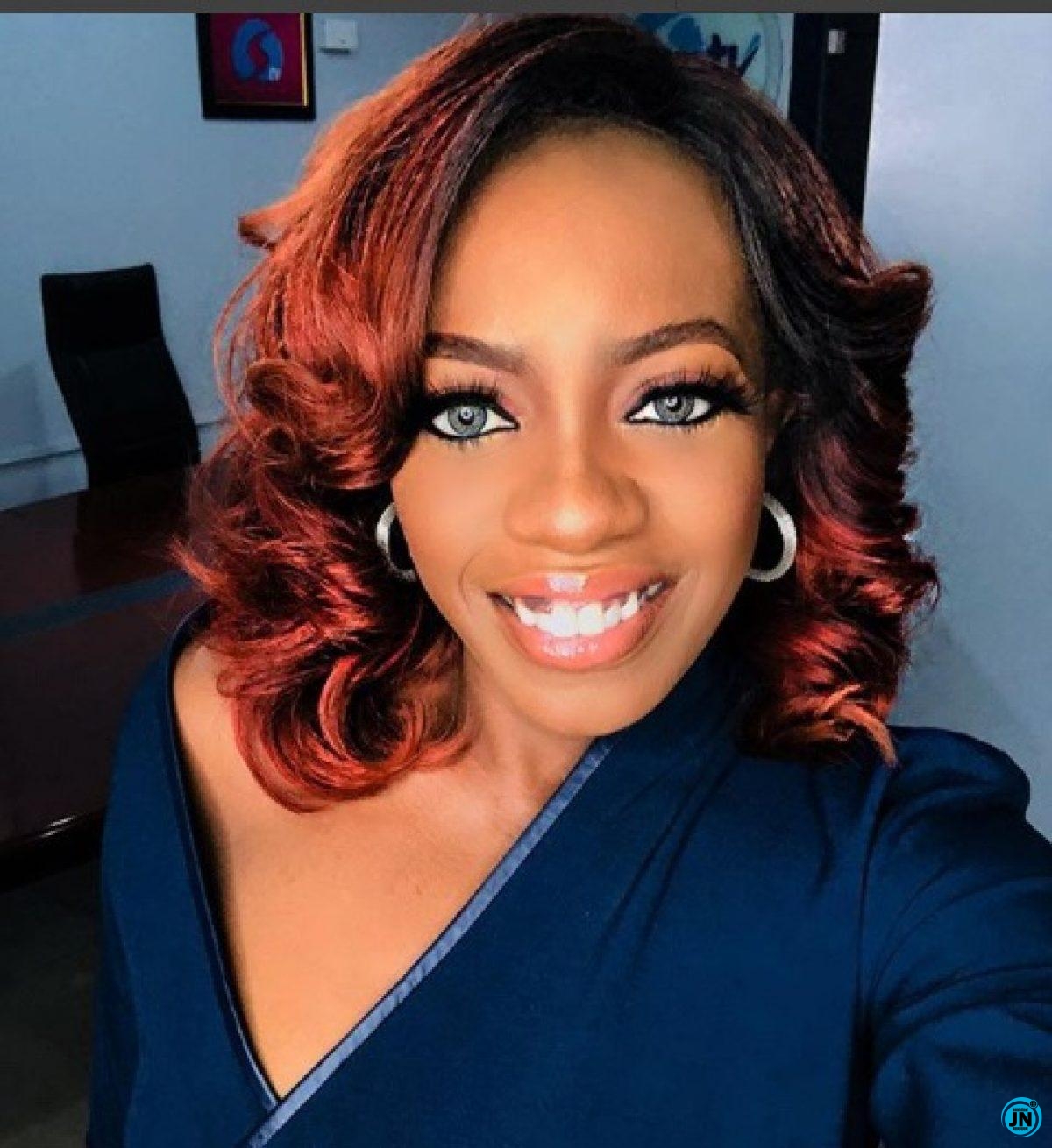 Shade took to her IG story to shade Tacha who said she’s not anybody’s mate after Nicki Minaj followed her on Instagram.

The media personality in her post said Elon Musk who was recently asserted as the world richest man, returned to work after the announcement but Tacha was busy making videos and crying after she was followed by Nicki Minaj. 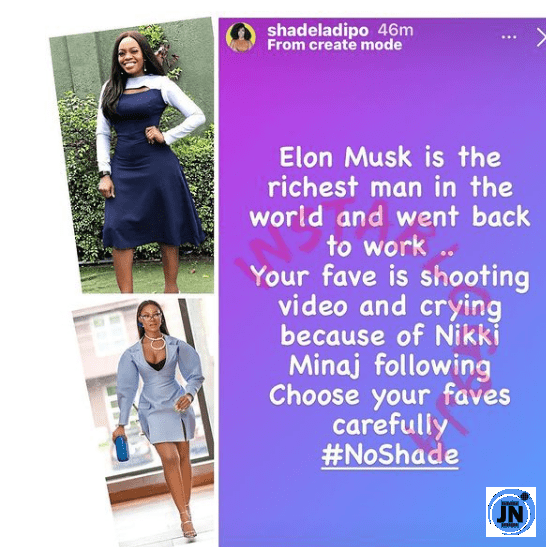 Elon Musk was as at yesterday confirm to be the richest man alive with an estimated net worth of about $190 Billion.

After the announcement was made, Elon Musk, tweeted, 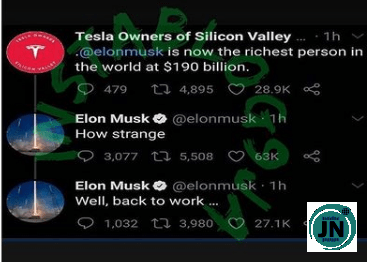 [LYRICS] Davido – Holy Ground ft. Nicki Minaj
“I admit that Davido’s song with Nicki Minaj is bigger than the whole Made In Lagos album” – Wizkid’s fan says
“I’m not on anybody’s level in Nigeria” – Tacha brags after Nicki Minaj followed her on Instagram (Video)
Davido Announces Collaboration With Nicki Minaj