Many people have popped out with the narrative that Wizkid won his first Grammy Awards through well-celebrated music artiste Beyonce, but this is the central fact. 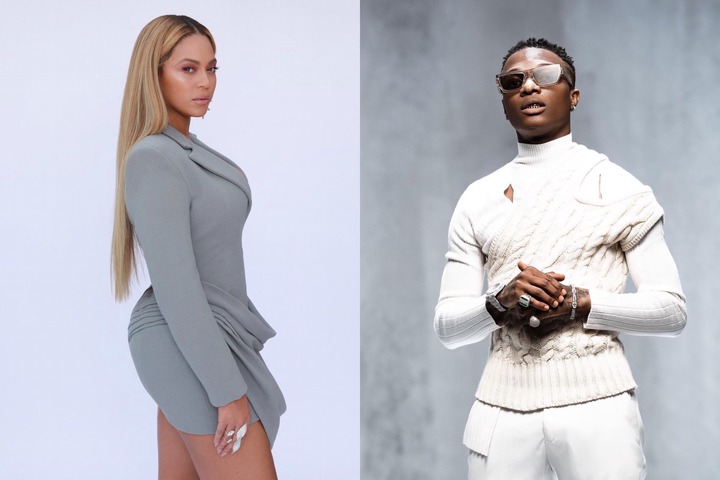 Although the duo worked on the song, ‘Brown Skin Girl, together alongside Beyoncé’s 9-year-old daughter, Blue Ivy Carter, and Saint JHN but Wizkid deserved his award.

The song, ‘Brown Skin Girl, is on the album Lion King; The Gift, which was executively produced but not owned by Beyonce.

The project was owned by an American diversified multinational mass media and entertainment conglomerate, Disney.

Beyonce was just used as the poster for the project, which will later go on to feature numerous music talents from Africa.

When you take to Google and search who owns the project, it will show you this; 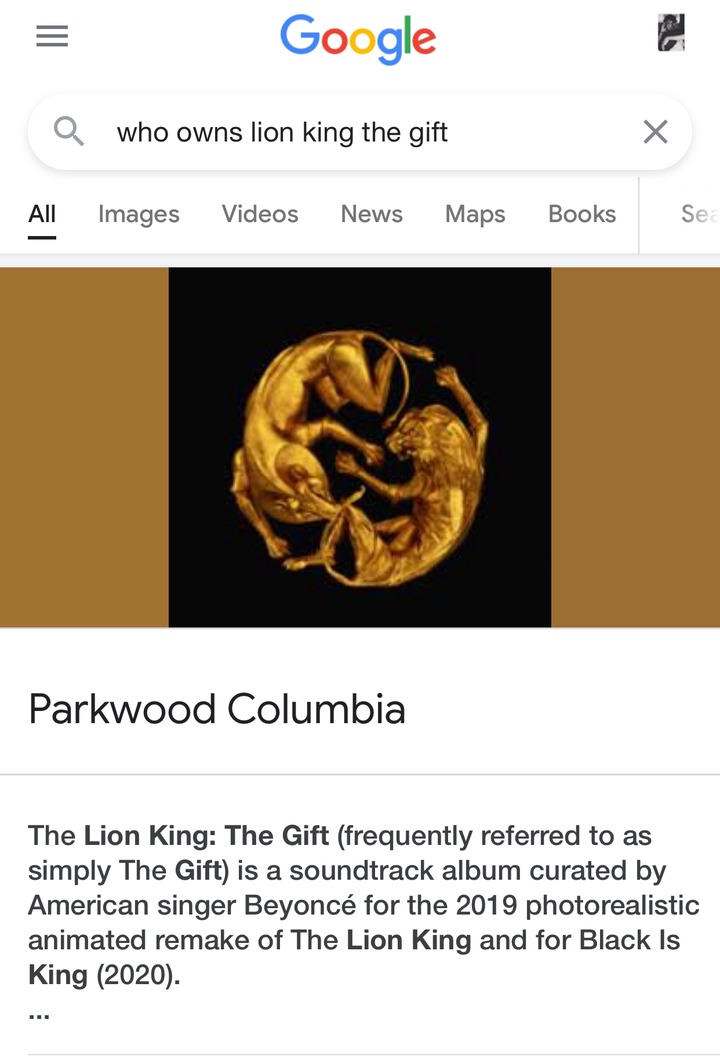 It means it is a soundtrack album for the film ‘The Lion King’ and ‘Black Is King’, owned by Disney.

The song, ‘Brown Skin Girl’ itself, is a joint work by Beyoncé, Wizkid, and Saint JHN.

The only featured artist on the project is Beyoncé’s daughter, Blue Ivy Carter. 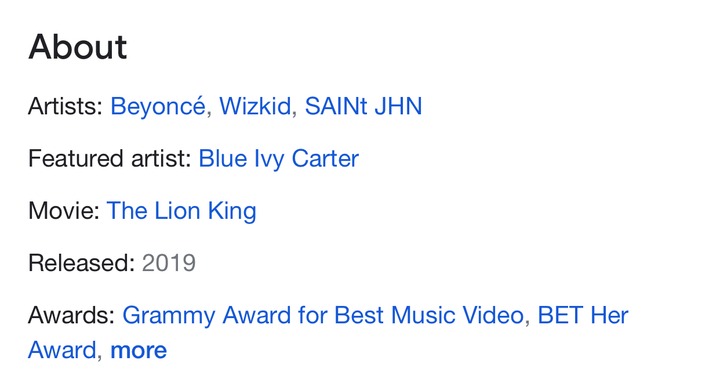 Wizkid indeed won his Grammy Award as a lead artist.

He has the right to perform the song and use it anywhere because it stands as his song, too, which is why he will also receive his Grammy plaque.