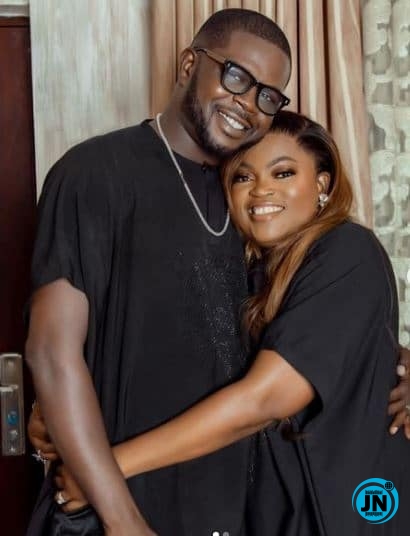 The 45-year-old made this disclosure via his official Instagram page where he stated that the last two years have been extremely difficult for them.

He also stated that 3 months ago, his wife insisted that he leaves the house which he did and up till this moment they never got the opportunity to discuss the future of their relationship.

Their union was blessed with twin boys.

This is coming after several reports about disagreements and conflicts in their marriage made rounds.

“Dear Friends and family I need to let you know that Funke and I have separated. While it lasted we shared a lot of things together and have created 2 beautiful children. The last two years have been extremely difficult for us. I know I have tried my best to fix things but I believe it is beyond repair now. 3 months ago and at Funkes insistence I moved out of the house and apart from AMVCA have not been able to get Funke to sit down in an amicable manner to discuss the future of our relationship. I’m making this announcement so that the public is clear that we both are pursuing separate lives. We still have issues that need to be addressed such as the custody and wellbeing of our children which is paramount as well as business interests which need to be disentangled but I have no doubt that these will be resolved one way or the other.

“The academy of my heart” – 9ice says as he celebrates wife, Sunkanmi on her birthday
Beautiful Photos Of Child Actress, Susan Pwajok Aka Blessing Of Tv Series “The Johnson” As She’s All Grown Up
“There was no falling out on my part” – BBNaija’s Esther clears the air over beef with Tacha
“They don’t know the evil things you do behind close doors“ – Paul Okoye calls out his brother‘s wife, Lola