“That Is The Face Of The Child She Was Hiding… LOL” – Mysterious Lady Mocks Simi’s Daughter, Deja
Posted by 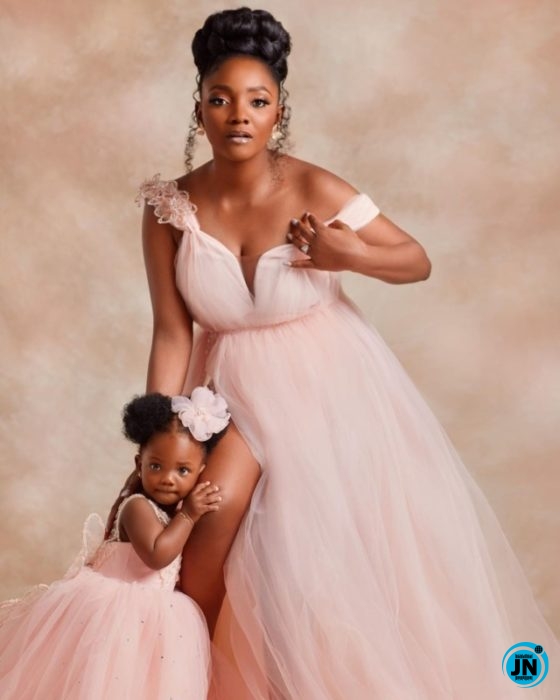 Remember how the lovely singer and her husband, Adekunle Gold, debuted the face of their first child, Adejare, as she turned one yesterday?

Fans and celebrities swamped the couple's comment sections with birthday greetings. Simi was also praised for her adept usage of the Ctrl+ C and Ctrl+ V keys.

A tweep decided it was ok to abuse a one-year-old and her mother in response to the nice images of Deja. With her response, the troll implied that Deja was not attractive enough for Simi to hide her face from the public.


“Lol that is the child she was hiding her face all along? God Abeg”,  she wrote. 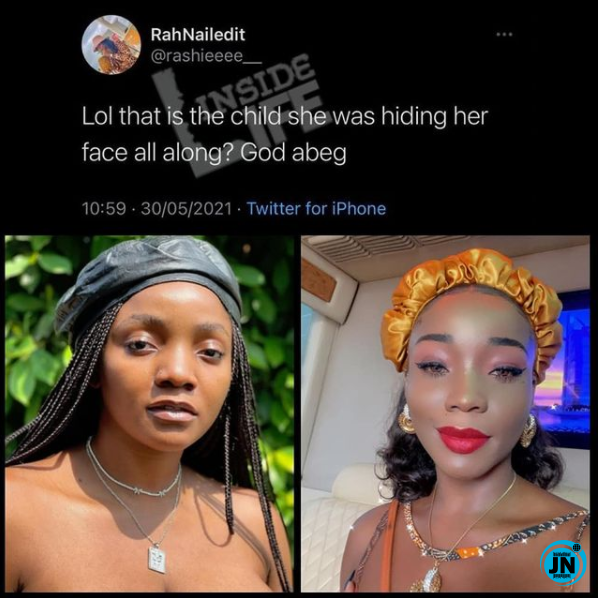 Her insensitive comment earned her heavy backlash from netizens who aggressively dragged her. Not satisfied with the dragging, they took to Twitter and dug up pictures of the troll, insulting her that ‘She no reach Deja half’ when it comes to beauty and everything.


Read their comments below 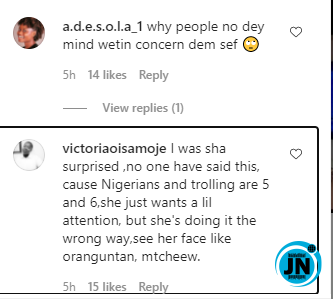 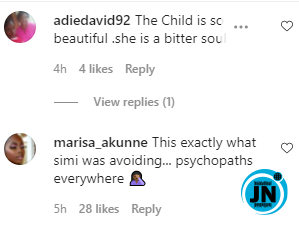 “Showing you how to celebrate Xmas” – Liquorose says as she donates foodstuff, other items to orphanage
Weeks After Chilling With Dillish Mathews, Wizkid Hangs Out With Her Ex, Adebayor
“That Is The Face Of The Child She Was Hiding… LOL” – Mysterious Lady Mocks Simi’s Daughter, Deja
Russell Simmons apologizes after stating that eating animals is the cause of Coronavirus