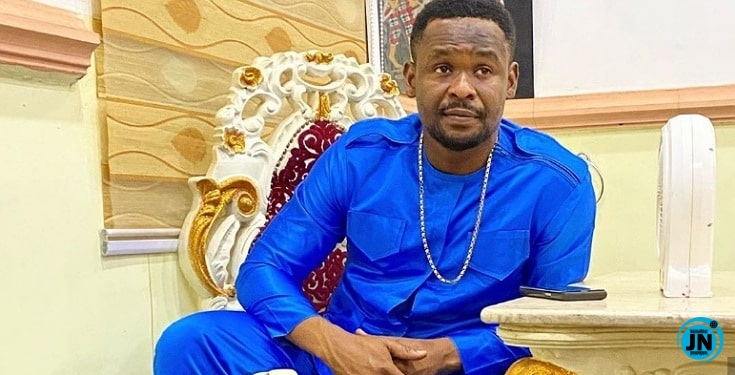 Popular Nollywood actor known for his blockbuster movies, Zubby Michael has taken to his Instagram page, to criticize the organizers of the just concluded 'Africa Magic Viewers Choice Awards' over an alleged snubbing of the “Pillars of Nollywood”.

The actor who insisted that most organizers of the award are Yoruba's, described it as a “joke and highly political”. Zubby also wondered why the original pioneers/writers of “Living in Bondage” movie was snubbed, despite it packing home with a total of 8 awards. 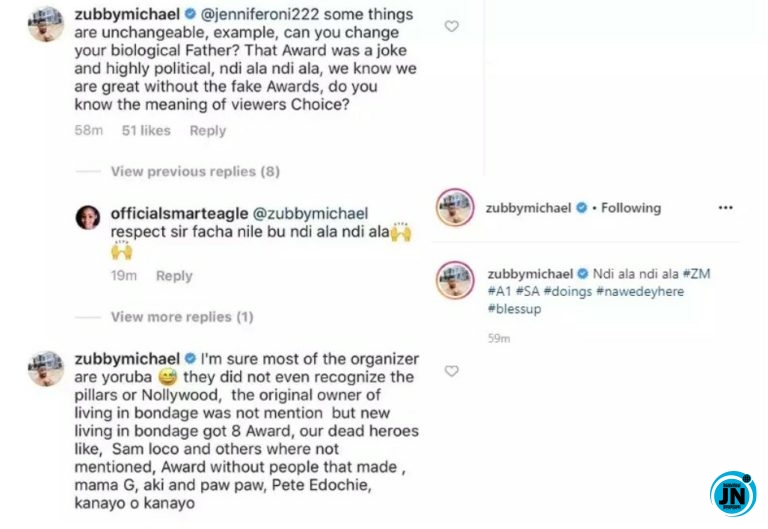 Hushpuppi Blasts Nigeria, Says It Will Never Be Better Again
Ghanaian police officer boldly blasts a Chinese man who disobeyed the lockdown rule
“Ike You Should Be Glad That Mercy Picked And Cleaned You Up" Fan Blasts Ike
BBNaija’s Vee Blasts A Troll Who Said Her Breasts Have Fallen And Have No Remedy