The love between Mr. Eazi and Temi Otedola, has been one of the best celebrity relationship, and a one you would wish for.

They have been serving great couple goals on the microblogging platform, which makes fans to continuously gush over them.

“Got Flewweeeeeeeedddd out by the Wifey!!!!”. 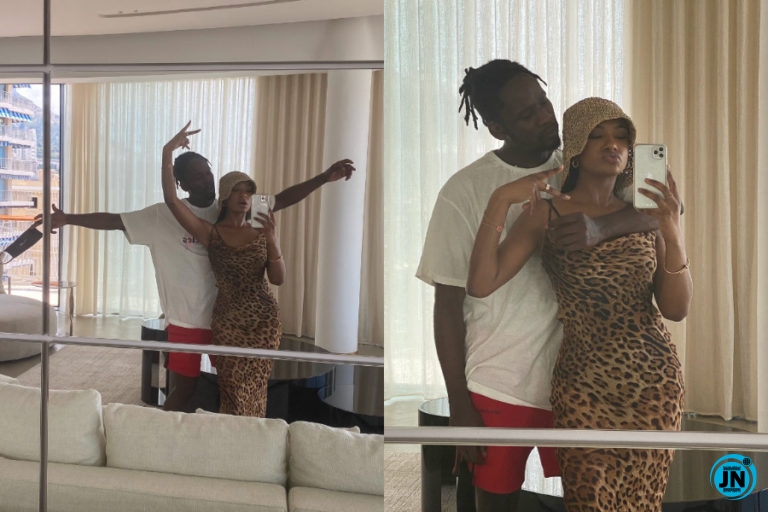 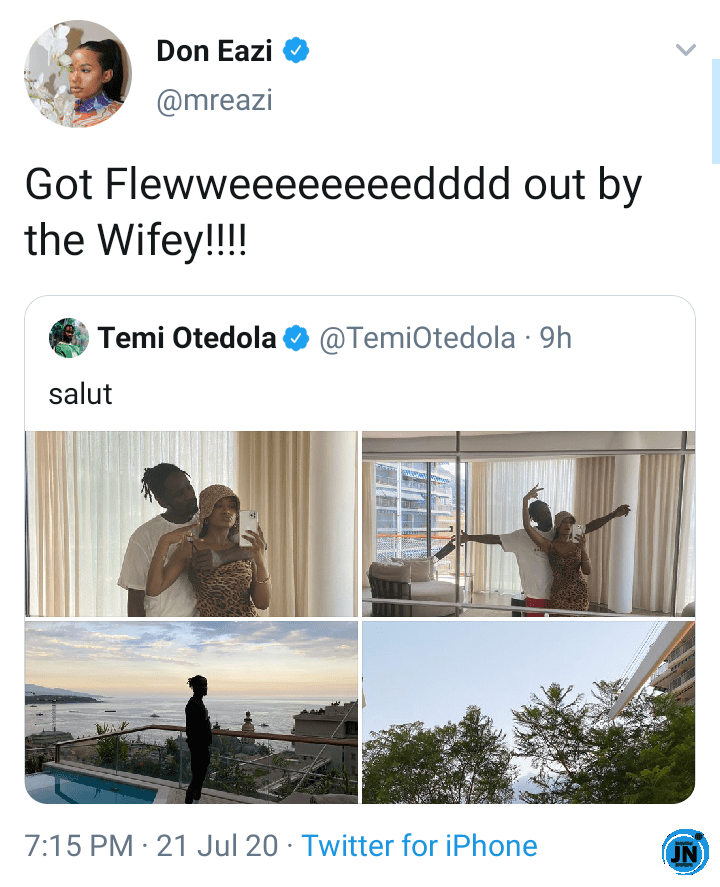