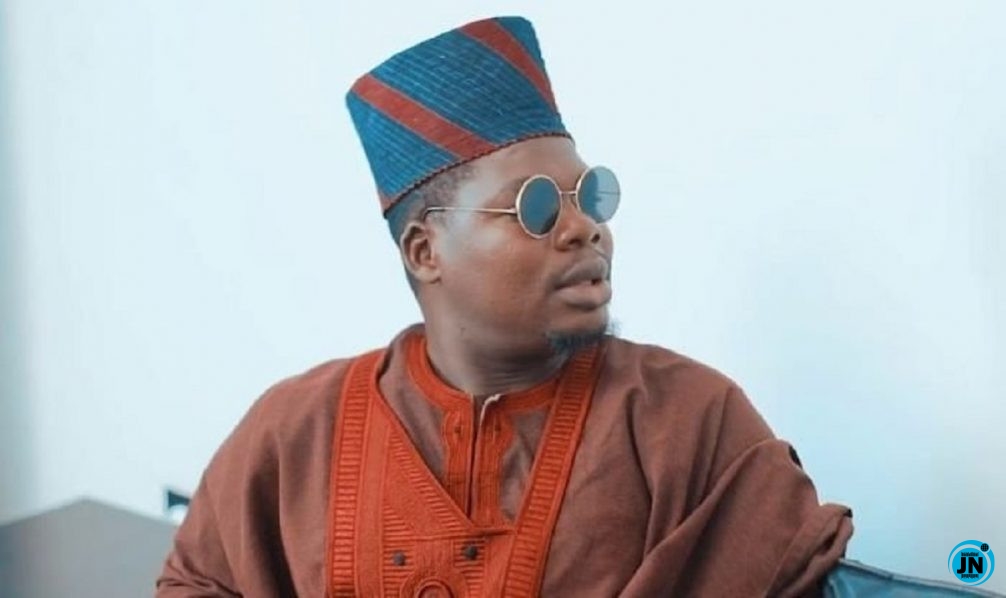 Instagram comedian and human rights activist, Mr. Macaroni has reacted to the suspension of Iyabo Ojo by the board of TAMPAN directors.

Earlier it was reported that TAMPAN issued its directors to ban Iyabo Ojo and Nkechi Blessing from partaking in any role under the industry.

According to the leadership, the suspension is a result of their unruly behavior on social media.

However, Mr. Macaroni in a tweet shared noted that the TAMPAN leaders announced their suspension only after Baba Ijesha who was accused of raping a minor has been granted bail.

“TAMPAN suspends lyabo Ojo. Not only did they suspend her, but there was also a full press conference stating a million and one things she did wrong.
Interesting how this is happening only after Baba Ijesha was granted bail. Really interesting”. 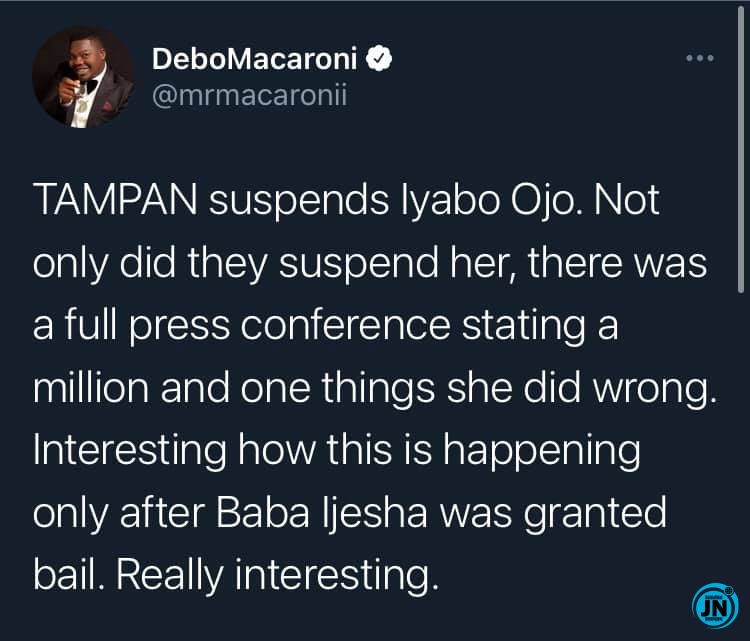