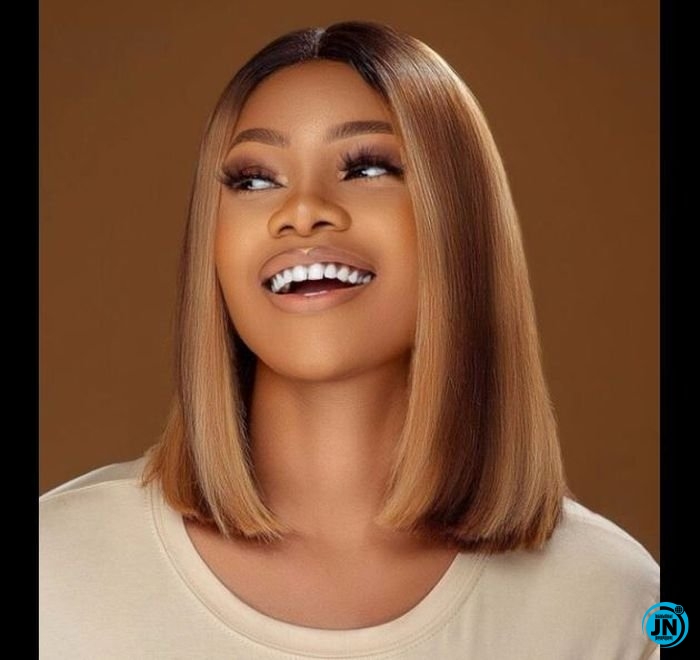 BBNaija Reality Show star, Tacha has left lots of Nigerians in a state of confusion after Davido’s tattoo in between her boobs was nowhere to be found in her new pictures.

The 24 year old who is known for always flaunting her boobs on the internet, did the same again but this time, the tattoo on her chest was not there anymore.

A concerned fan asked where the tattoo was and Tacha replied saying ‘Its missing”.

See Their Conversation Below; 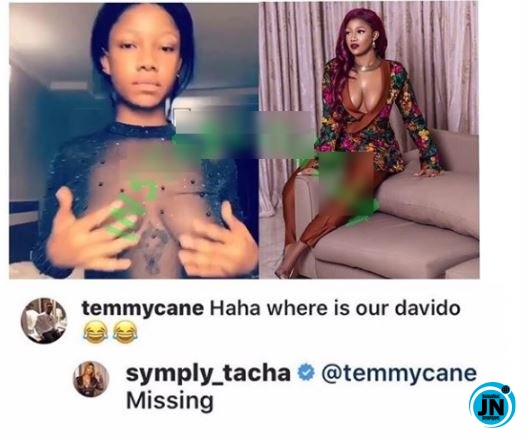