Popular Nigerian reality TV star, Tacha has revealed what she is competing with in a new post on popular photo and video sharing social network, Instagram. 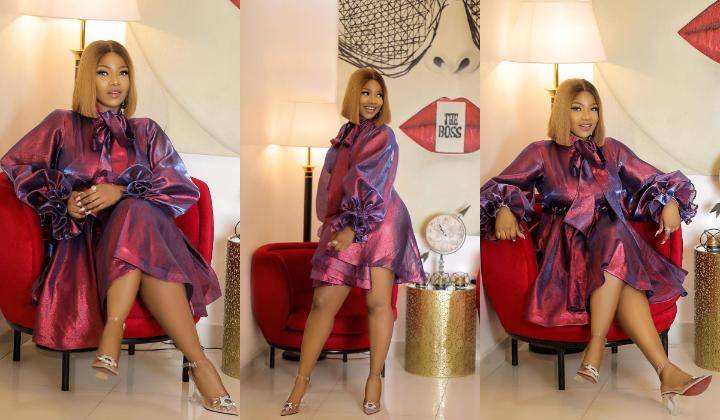 The reality star who is also a brand influencer revealed in her latest Instagram post that she is competing with the sun and stated her reason for that.

Tacha revealed she is only competing with the sun so as to see who is the hottest.

Well, she only said this in a caption of the post which she originally posted four new photos.

In the photos she wore a gown and she also rocked an high heel. 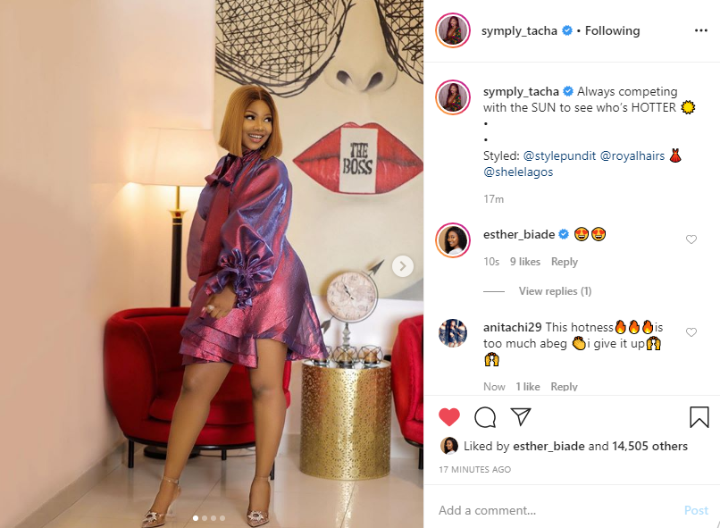 Meanwhile different reactions have popped in from her esteemed followers.

Some of them have commented tto let her know she is hotter than the sun. 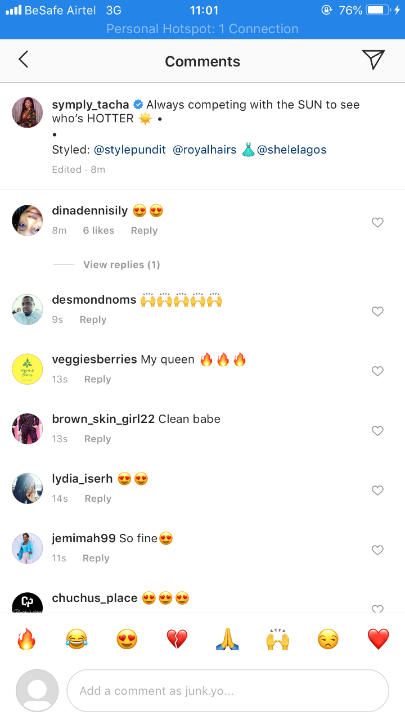 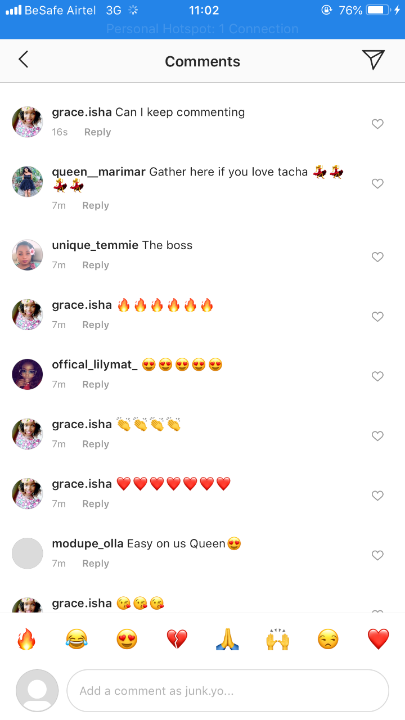 Tacha's post however could be aiming at her arch rival, Mercy Eke who is the winner of the last edition of Nigeria's popular reality TV show, Big Brother Naija.

Recall, Tacha finished as a semi-finalist after she was disqualified for hitting Mercy when they had a fight.

Omashola Reacts To Seyi Not Apologizing For Calling Tacha A Prostitute
Is Tacha Attacking Mercy Eke With These Posts Calling Her “Idiotic Human” ? (See Photos)
Tacha Ends Management Contract With TeeBillz's Billz Vision, Read Her Statement
Celebrities Pray For Tacha As She Clocks 24