Popular Nigerian reality tv star, Tacha has in the comment section of one of her posts revealed what happened to the tattoo of Nigerian music superstar, Davido that she had within her b**bs.

Tacha has been sharing new photos since she came out of the Big Brother Naija House last year but her fans are surprised that the Davido tattoo they do see before she got into the show and while she was in the show no longer shows when she shared new photos.

Different users have dropped their comments asking how and what happened to the tattoo but no tangible response was given by Tacha as well.

But today, Tacha has finally broken her silence on it.

In new photos she shared to over her 1 million followers on Instagram she replied a comment that was talking about this issue.

When asked by the Follower about the tattoo, Tacha said it is missing. 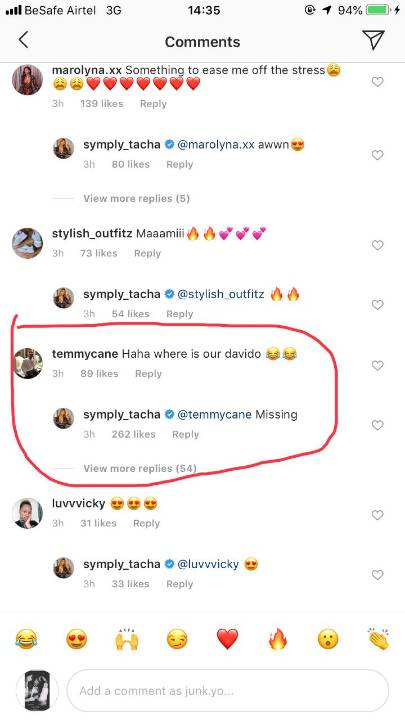