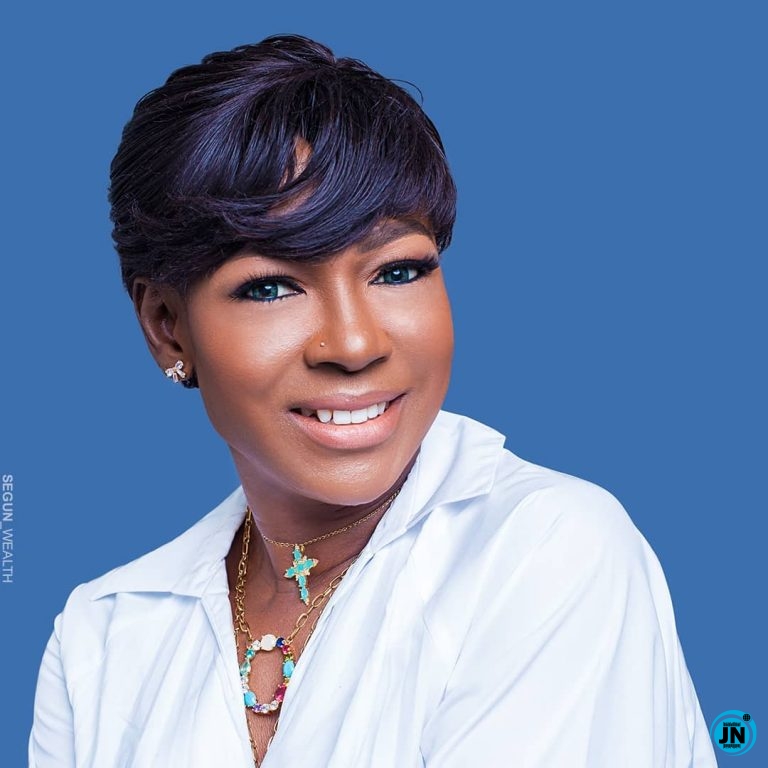 Popular Nigerian actress Susan Peters, has in a new post shared by her, denied the fact she said women should be allowed to have two husbands, incase something happens to one.

The actress sparked a lot of controversies earlier on, when she shared a post that many understood to mean an advocacy for women to have more than one husband.

Below was what she wrote;


“Women should be allowed to marry two husbands in case thunder fires one. Would life be better? Just asking for a friend”.

After receiving some backlash from the post, Susan Peters has however, clarified the post which has already gone viral.

According to her, she never advocated for women to have two husbands, that her words were twisted by blogs just to gain traffic.

See what she wrote below:


“Una do well with this caption o, what I said versus what you people wrote because u want to drag traffic to your blogs . Please be careful, read what I wrote on that post . And i said WILL LIFE BE BETTER ? DOES THAT MEAN I SAID WOMEN SHOULD MARRY TWO HUSBANDS ?
KEY BOARD WARRIORS MAKE UNA FREE ME !!! See me see local trouble, please read what I wrote on the actual post before using my name to sell news. Be warned !!!”.