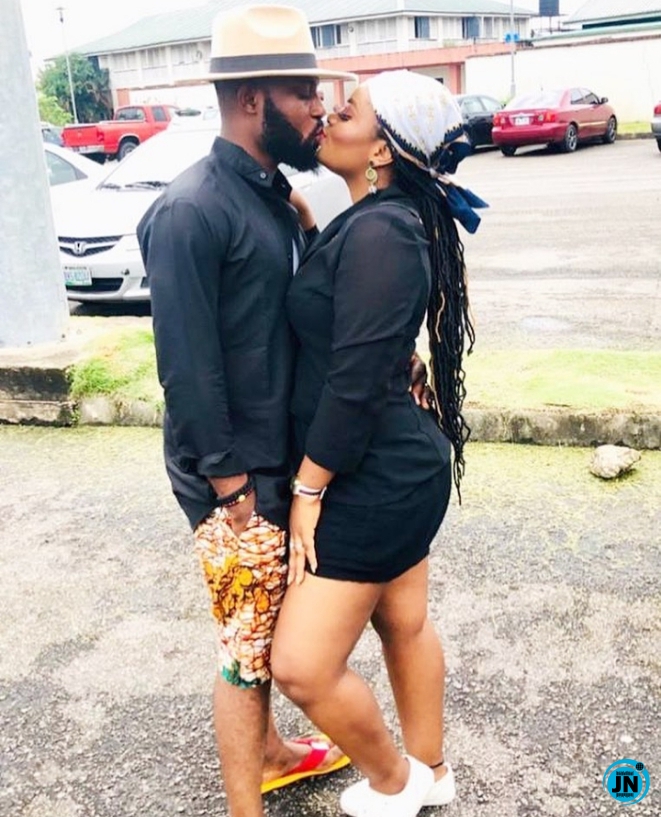 In a post which he shared via Instagram, the father of one stated that he would no longer take it lightly with anyone who refers to him as Tega’s husband.

According to AjMoney, he has a name and he would love to be addressed by his name, Ajeboh.

This is coming shortly after his wife, Tega made a controversial post on Snapchat, stating that marriage feels like a trap, and it is very difficult to remain in marriage. 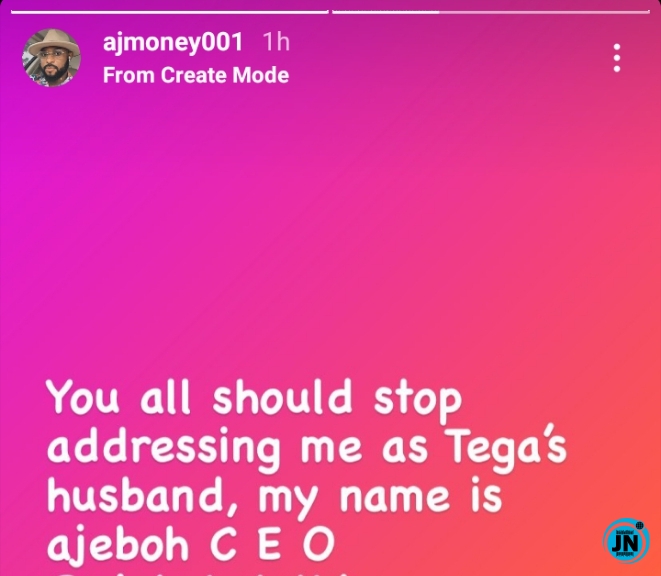