Wizkid and Tems, two Nigerian singers, took home the Collaboration of the Year award at the 2021 Soul Train Awards for their breakthrough track Essence. 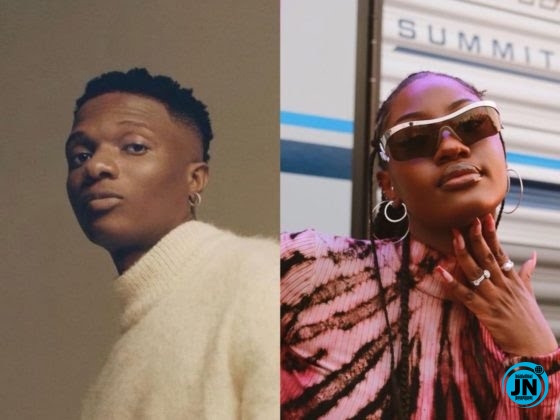 The 2021 Soul Train Awards have ended, with Wizkid and Tems winning Collaboration of the Year jointly. The performance took place on Sunday, November 28th, 2021.

The Soul Train Awards are an annual music awards program that honors the best of African-American music and entertainment. H.E.R. is the most nominated artist this year, with nods for Album of the Year and Best R&B/Soul Female Artist. With six nominations each, Jasmine Sullivan and Chris Brown are barely behind H.E.R. Bruno Mars took home three awards on the night, making him the night's biggest winner.

Burna Boy: The Rise of an African Giant, A Story of Patience and Perseverance
Boluwatife praises his dad, Wizkid, as they spend father and son moments together (Photos)
#BBNaija “The only girl I’ll like to have a relationship with both inside and outside the house is Maria” – Pere reveals (Video)
Twitter Users Troll Man UTD As Chelsea And Liverpool Did This For The First Time In Over 200 Days