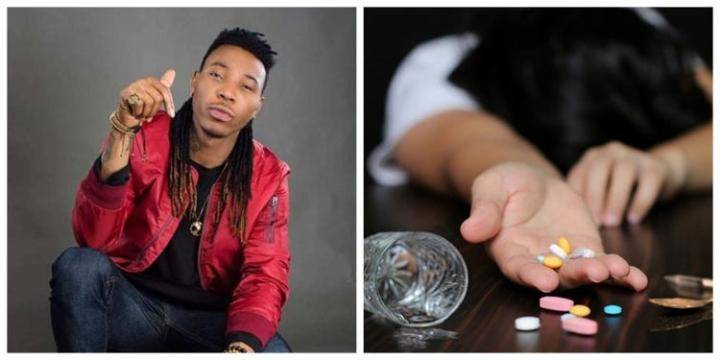 Nigerian singer, Solid Star, is lucky to be alive after suffering from drug overdose few days ago.

The singer commented on the thin line between life and death and confessed that he was a very fragile person, and he almost died as a result of high drug use after bleeding.

There is a thin line between life and deaths.

The incident that happened few days ago showed how fragile i am by the overdose usage of drugs that led to me bleeding in an attempt o a couple thought process. 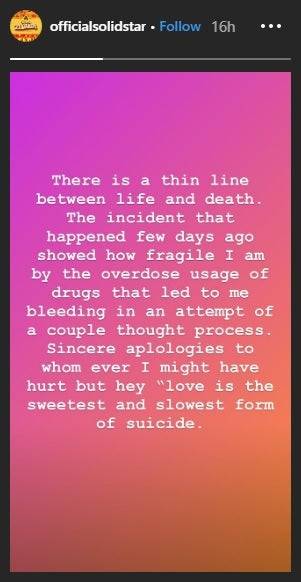 "Best Gift Ever" – Veteran Actress Joke Muyiwa Gushes Over Her Grandchild
Hushpuppi Blasts Nigeria, Says It Will Never Be Better Again
Simi reveals her beautiful experiences with her mother and mother in law
“Best in English and Afrobeat” – Reactions as Davido blows grammatical blunder