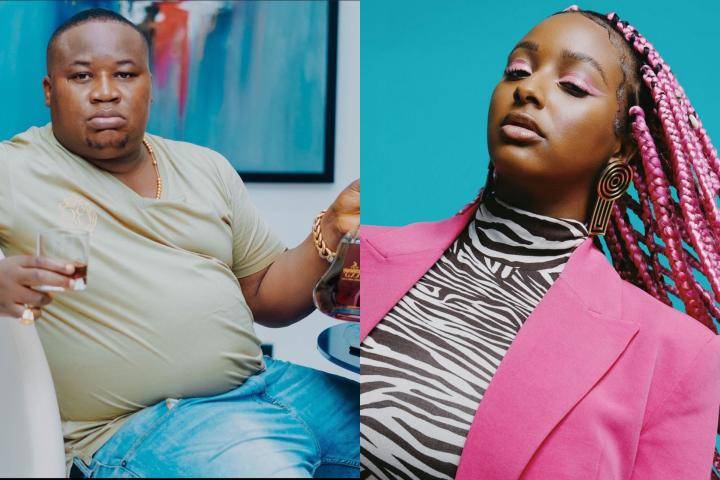 Cubana Chief Priest who is a bar man and doubles as an entertainer according to Google stated in his Instagram story that DJ Cuppy is annoying because she tagged him too much.

DJ Cuppy, 28, had previously been posting on her Instagram stories about an event she was performing at relating to Cubana and maybe that was the reason why she was tagging him.

Cubana Chief Priest however on the other hand is not having any of that as he posted a screenshot of her direct messages with Cuppy and captioned it with words she definitely would not like.

“Cuppy Please stop tagging me carelessly, dem send you, abeg free me, since yesterday till now. You just dey tag me back to back smh.. why so annoying.” 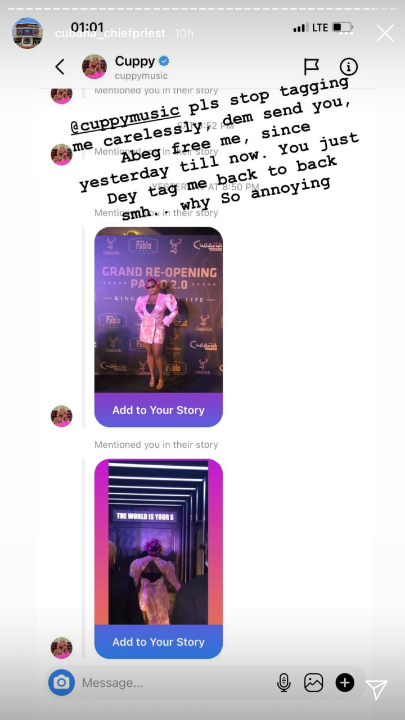 Socialite, Cubana Chief Priest Blast DJ Cuppy On Instagram, Says She Is Annoying (Photo)
Laycon Unfollows Erica On Instagram, After She Refused To Follow Back On (Photos)
Reactions As Davido Allegedly Unfollows Wizkid on Instagram, Twitter
Baba Ijesha returns to Instagram, shares a video of himself a day before he was apprehended for allegedly molesting a minor.