“So much hate in the industry” – Man says as he shares his chat with Tunde Ednut about singer, Teni
Posted by 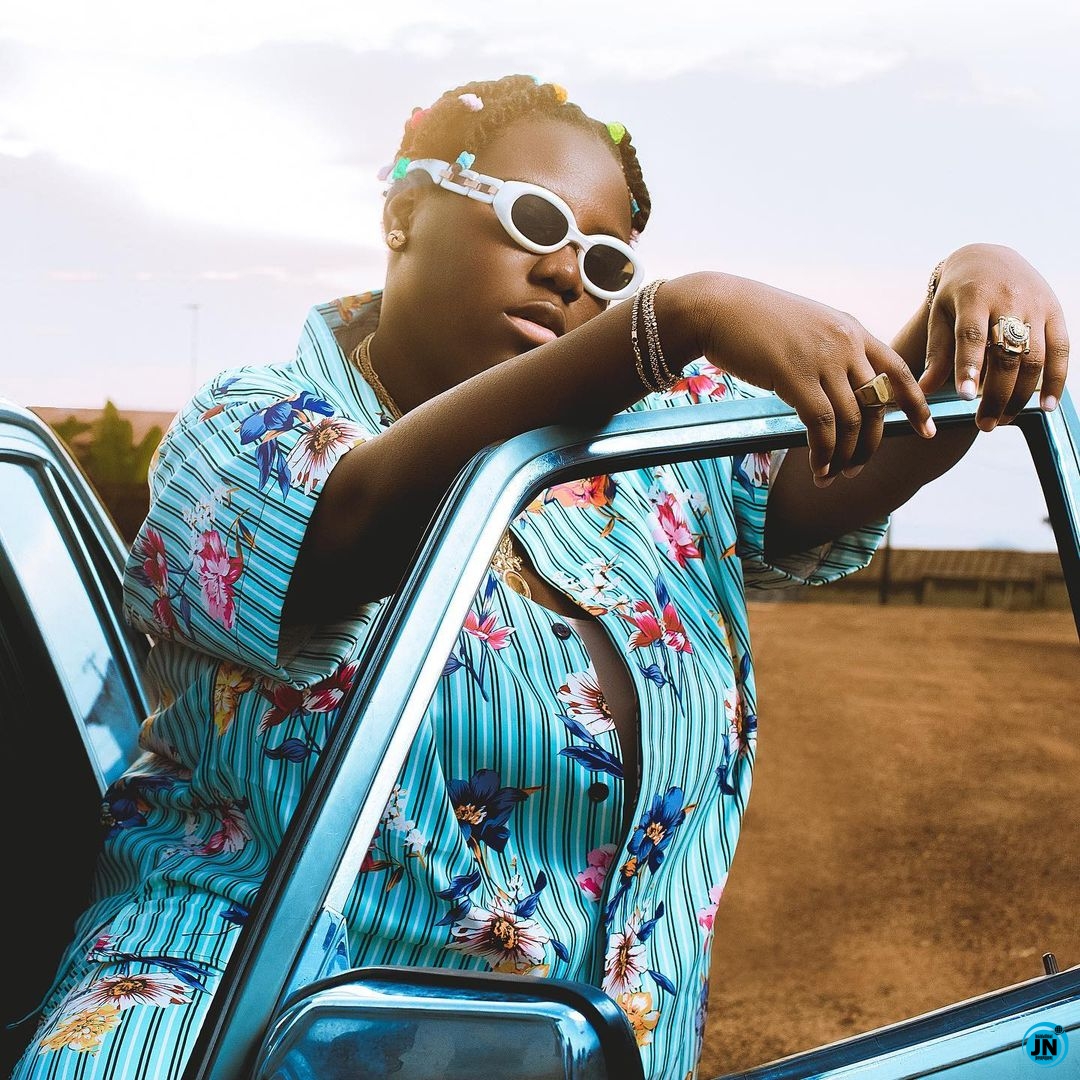 An up-and-coming artist, Emini Trazi has taken to social media to lament the “hate” in the Nigerian music industry. 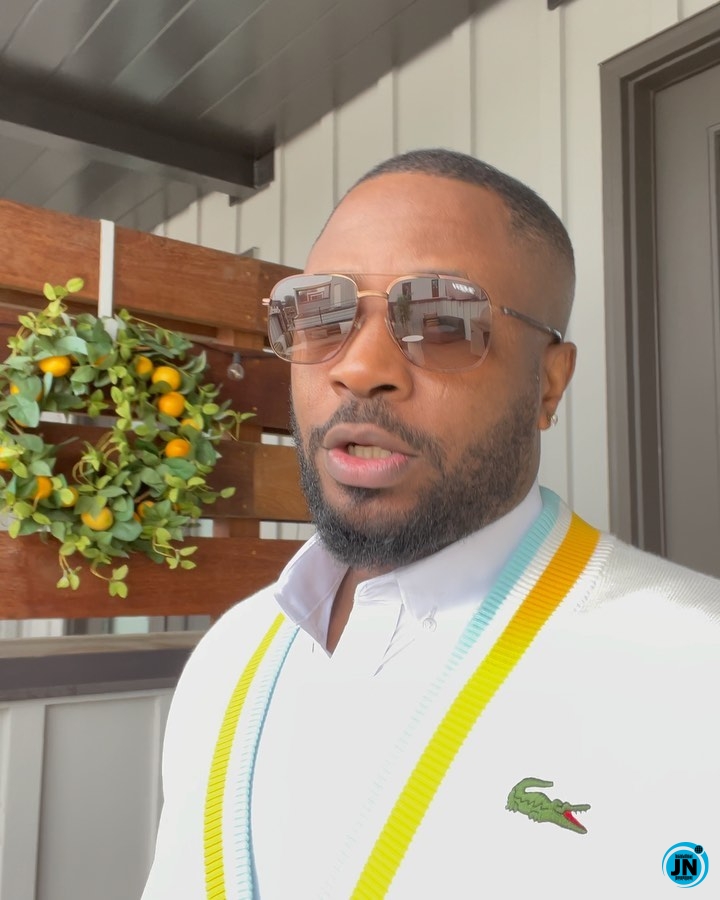 Emini Trazi revealed he paid superstar singer, Teni to feature on a song, after the song was out he claimed that he paid Tunde Ednut to promote the song, but on realizing Teni was on the track, he allegedly turned down the advert.

In his words, “I don’t post anything Teni on my page”.

Speaking further the upcoming artist also revealed that even Teni who he paid to feature on the song refused to promote the song on her social media pages because he’s still an upcoming artiste.

Sharing a screenshot of the alleged chat he had with Tunde Ednut, he wrote,

“The hate in the industry is too much, las man no be God, we move”.

See the chart below, 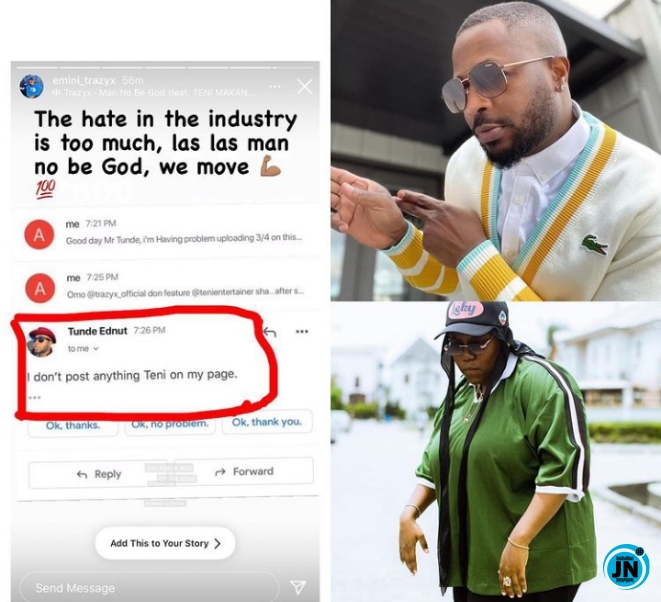 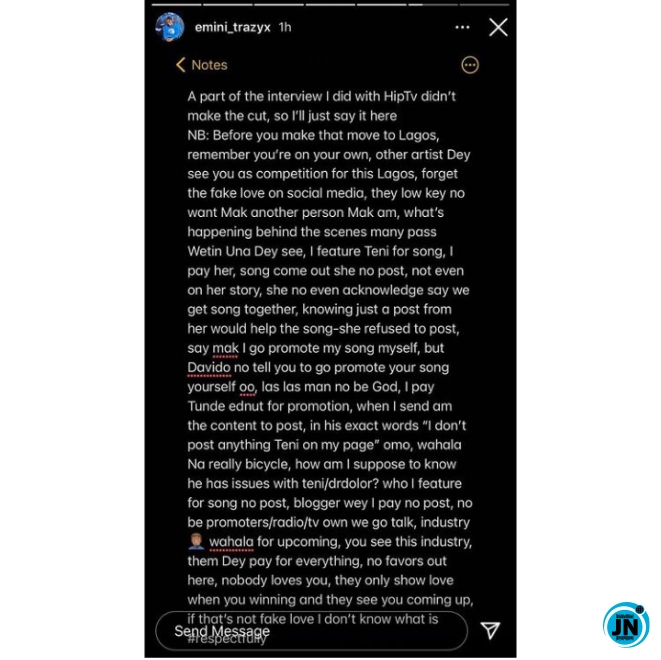 Actor Baba Tee’s ex-wife, Yetunde Bustline opens up on difficult it is to get a new husband
#BBNaija: “BBN experts how can we vote Pere out, please let me know” – Tunde Ednut laments
Actress Omotunde Adebowale ‘Adaku’ losses mother
“Girls that ask men for money, wigs and bags are babies and materialistic” – Actress Yetunde Bakare