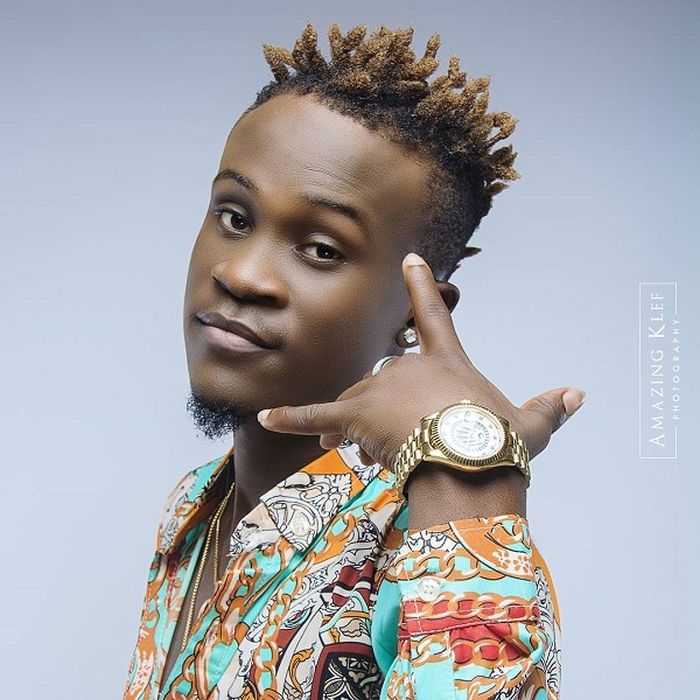 Popular Nigerian singer, Dotman has taken to his social media page, to slam those calling him pizza boy.

Dotman was in the news a few weeks ago after a picture of him delivering pizza went viral.

Dotman during an Instagram live interview was asked how he was dealing with the rumours that he was an errand boy in America, Dotman blasted the interviewer and said that he was in America for a tour

Dotman later took to social media to blast people mocking him and calling him an upcoming artiste.

Recall also that it was earlier reported that Dotman and Nigerian actress, Nkechi Blessing dragged themselves on social media after Nkechi gave Dotman advised him to be humble as he was rude to the Interviewer and the advice didn’t sit well with him.

Dotman now has slammed those calling him pizza boy saying that pizza delivery guys in America earn better than most celebrities in Nigeria.

Call me pizza boy as y’all like but mind you, an average pizza delivery guy in Yankee earns more than a lot of celebrities in Naija 🚶🏾‍♂️

Rahim Banda donates exercise books to 35 schools in Volta Region
Olamide Chases Davido After He Snubs Him At Kizz Daniel's Concert (Video)
Wizkid 2nd Baby Mama, Binta Speaks On Marrying Him And Opens Up On How She Has Forgiven Him (Photos)
Erigga Comes for Pulse TV for Failing to Put him In Pulse Top 10 Nigerian rapper of the year