Singer Burna Boy’s Signee, Buju, Accused Of Infidelity And Assault By His Girlfriend
Posted by

A medical doctor, Amira, who is also the girlfriend to Up and coming artiste, Buju, has called him out for allegedly assaulting and cheating on her. 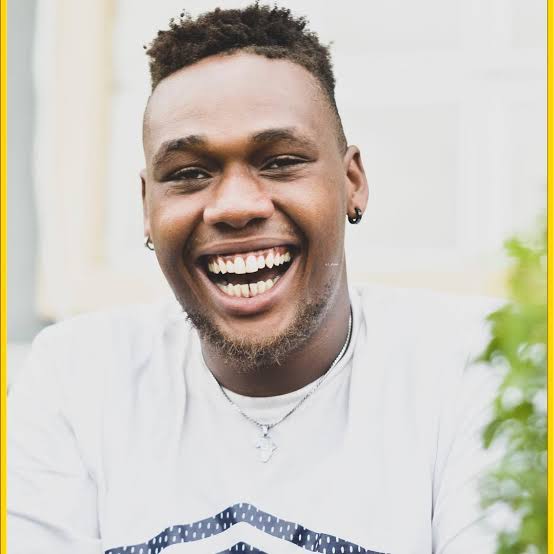 According to her, they dated for a year and four months and within that period she thought she was in love but not knowing she was in the lion’s den.


“I honestly loved him to the extent that I paid for most of the clothes he wears and the food he eats through his manager, Tomiwa Agbaje, as his label doesn’t fund him. But what do I get in return, he cheats on me and assaults me at the slightest provocation.

I’ve visited the hospital on several occasions and whenever I try to speak up, his record label always do damage control and try to attack me. So many girls have reached out to me that he did the same thing to them. He basically uses girls especially from the UK, dumps them and moves to the next victim,” she said. 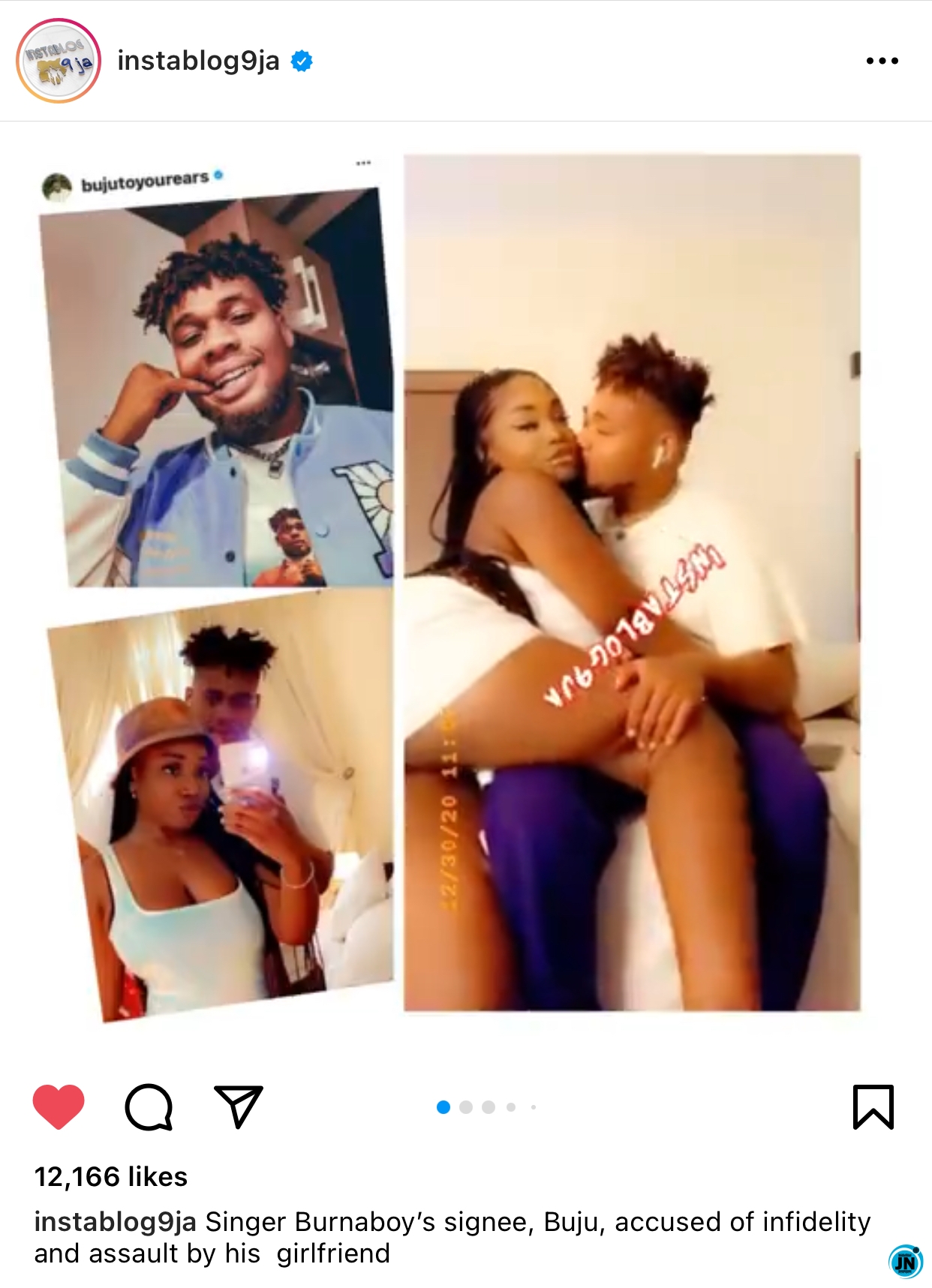 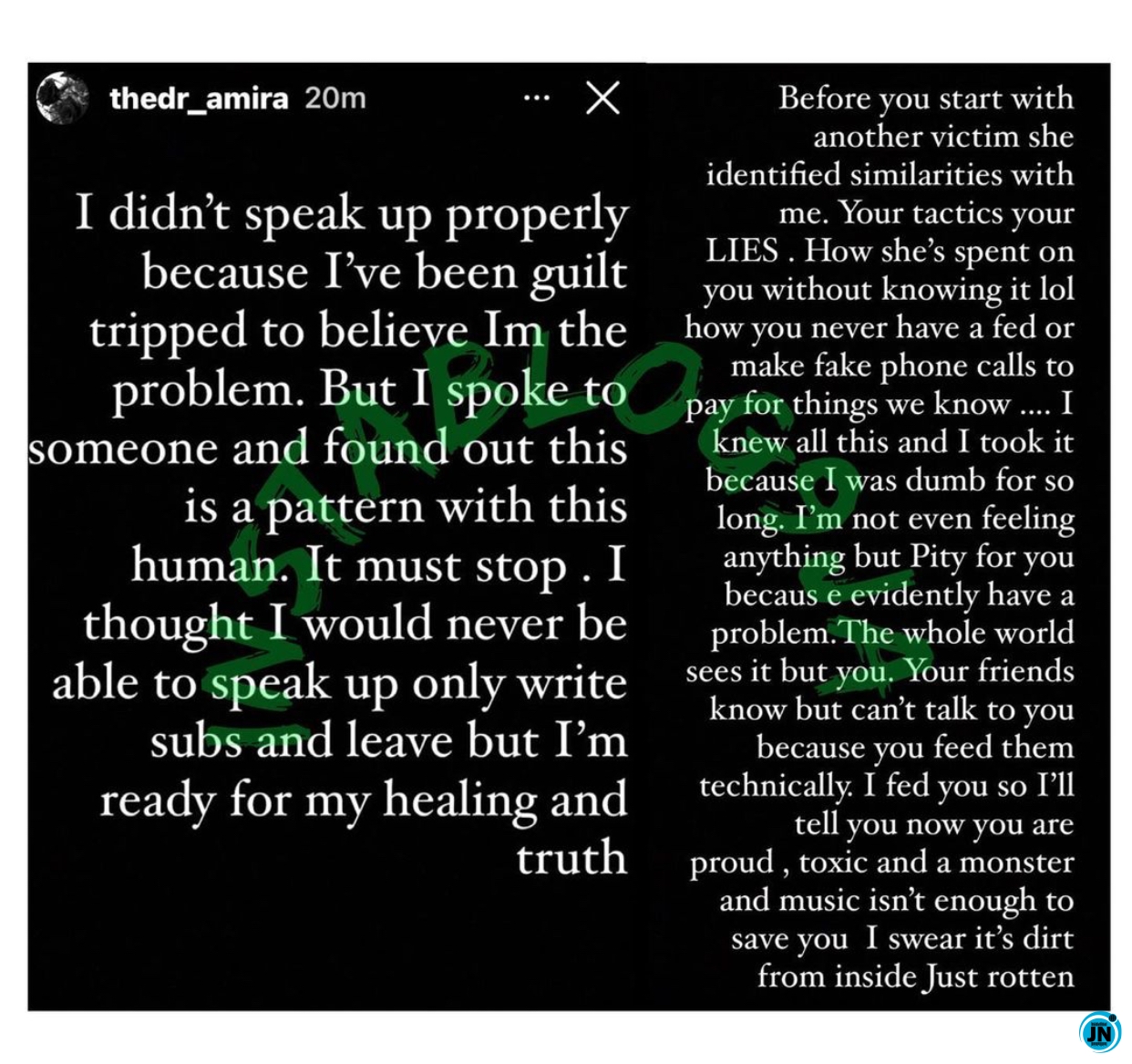 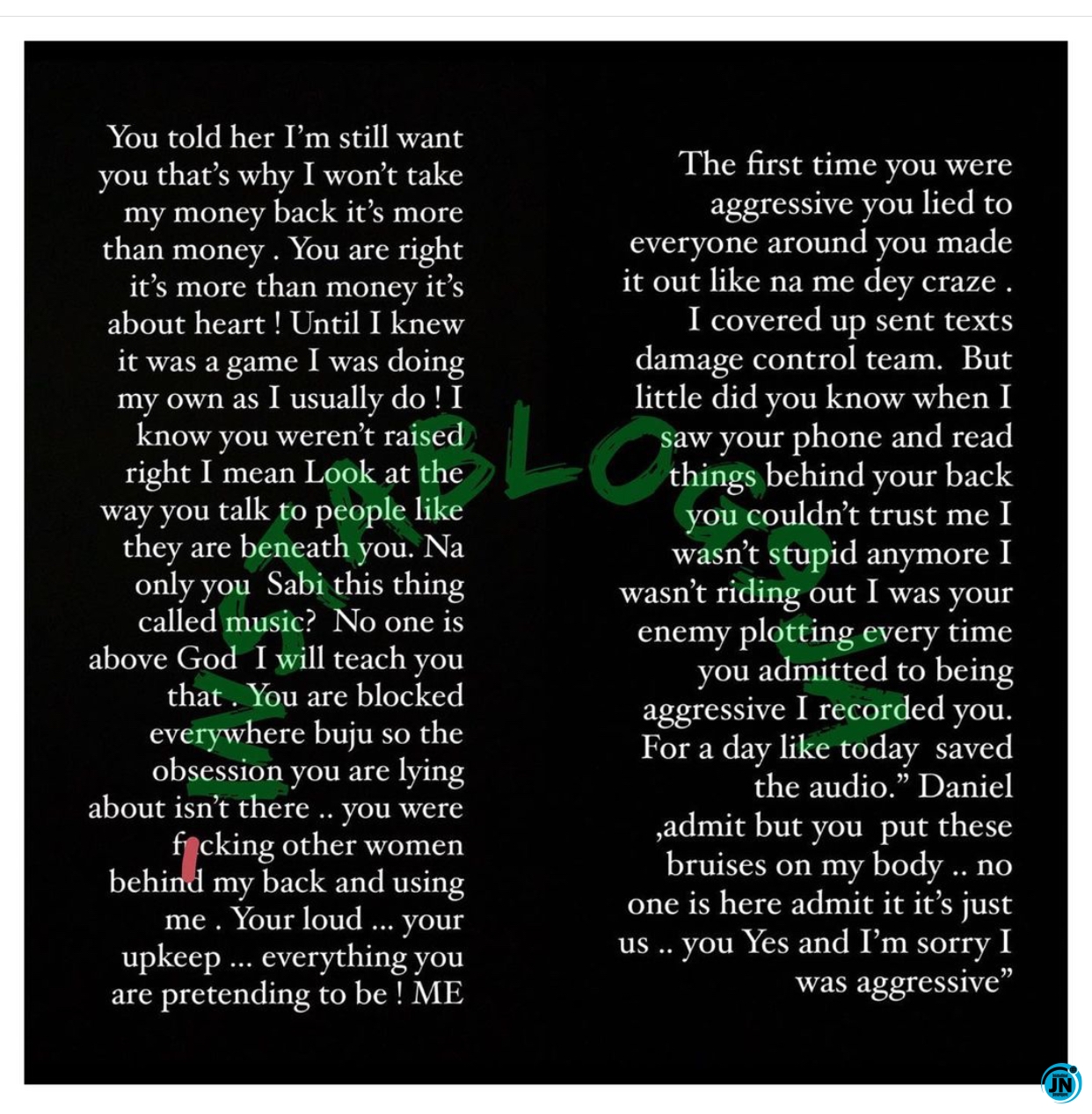