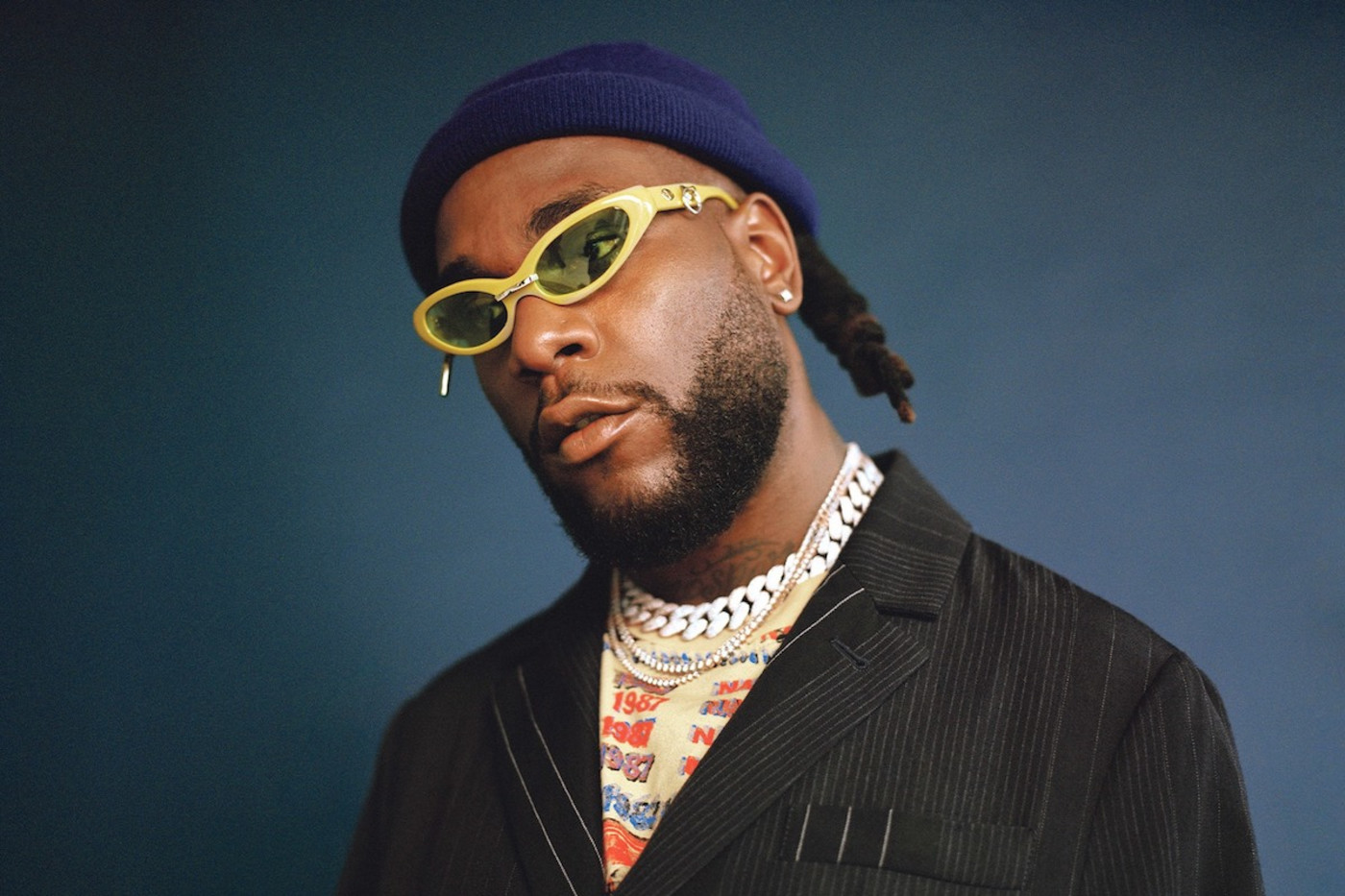 A twitter user, whom appeared to Fireboy's die hard fan, took it upon himself, to drag and call out Burna Boy for being insecure, by promoting his own album on social media, just because he feels Fireboy's own poses as a threat.

According to the fan, Burna Boy is so insecure and he needs to hide it as it’s so obvious in his actions and that is a minus for him.

Why others reacted to the tweet, some responded with the fact that, there's nothing wrong in an artiste promoting his own project, irrespective of when he does it. 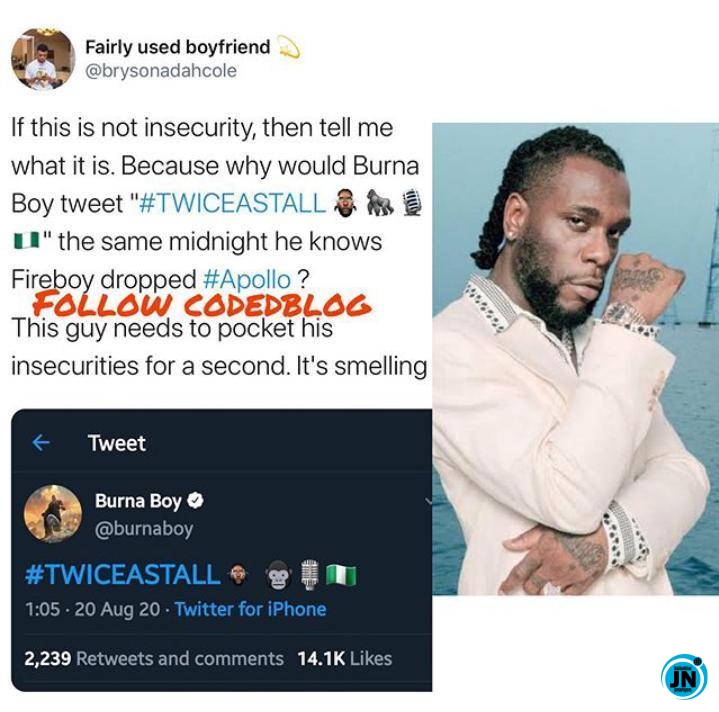 Volumes American singer and actress, Giselle ‘Beyonce’ Knowles has been made the cover star for the December 2020 issue of British Vogue magazine.
Singer Jaywon Loses His Dad
Why you should get your price up — Singer Timaya reveals
‘You either love or hate her’ Singer Seyi Shay mocks those dragging her over the assessment of a contestant on Nigerian Idol show

Haha Dude and his Insecurities ehh

Baba na you deh yarn this one so?? 😂😂
So person no fit promote e own project/hard work too?? 🤣🤣

Lol seems like Burna Boy is afraid of Fireboy 😂😂😂

I knew it, Issoright
Burna is still De Boss
#Burna_Boss