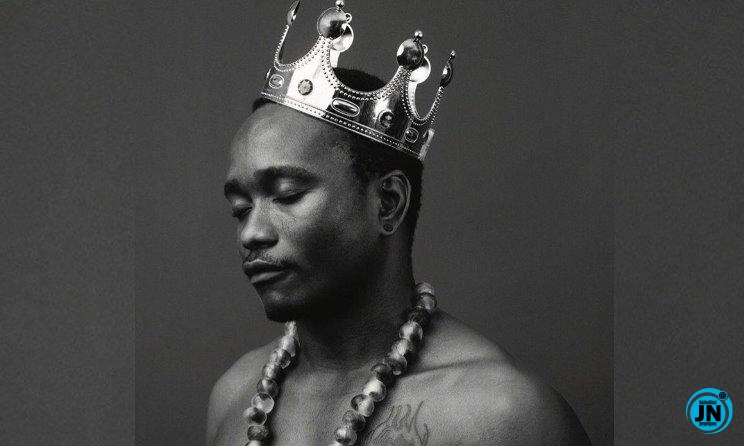 Nigerian musician, Brymo has again, on his official twitter page, bragged about being bigger than any award in the world, including the world's most famous 'Grammy Award'.

It was noted that, Brymo earlier on his Twitter page, stated that he was not looking for a Grammy award, but wouldn’t object it as well, if given to him.

The tweet however, sparked reactions from Twitter users, with one of them siding the singer, and responding with;

“U are bigger than Grammy bro”.

Brymo on seeing the reply, responded with:

“Way bigger than any award anywhere on Mother Earth”. 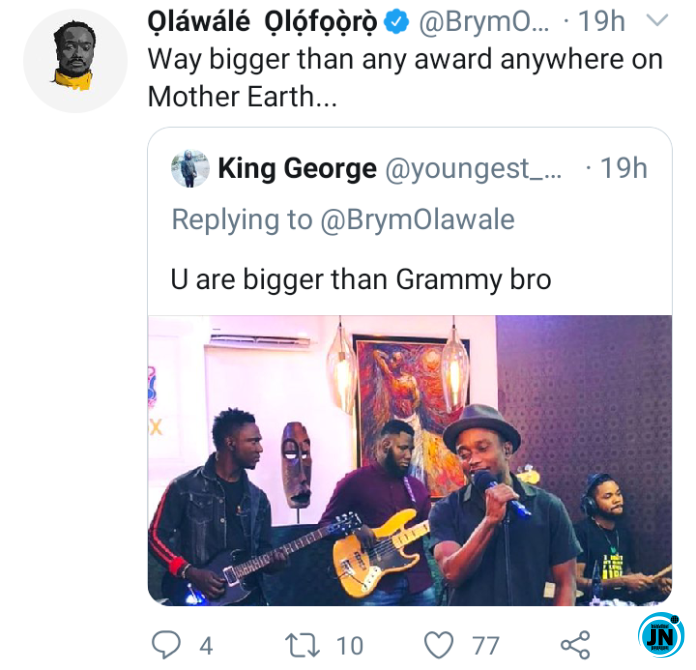 Grammy awards is held in high esteem by musicians especially in Africa. Most of the top artistes on the continent dream of winning Grammy award.

LOL. HE TALKS MORE THAN HE SINGS. NO BE TO MAKE MOUTH OOOO, NA RESULTS MATTER. BEING CREDIBLE.