Show Promoter, Goldmoola Calls Out Burna Boy & His Mother For Extortion
Posted by

Burna Boy, a Grammy winner, is being dragged on Instagram by an enraged gig promoter. 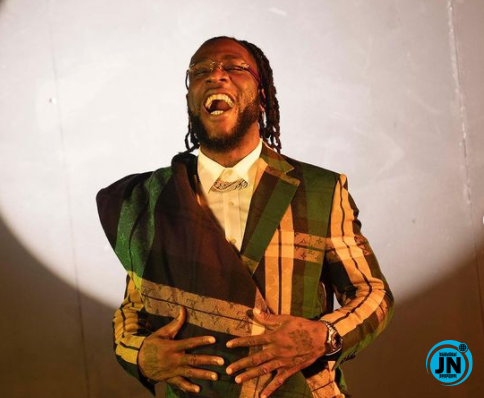 On October 3, 2021, Burnaboy was hired to play in a night show in Houston, Texas. He confirmed his attendance by reposting the flyer on his Instagram feed. However, after Goldmoola paid Burna kid the agreed-upon money, his mother demanded an additional $10,000 before Burna boy could come downstairs, according to Goldmoola. Burna Boy claimed on Instagram that he will not be attending the show because he refused to pay the money.

Because of Burna boy's conduct, Goldmoola claims he lost $28,000 (#28.5 million) and his name was slandered in the city he loves. He's criticizing them because they refused to refund the $15,000 deposit he paid for the concert. 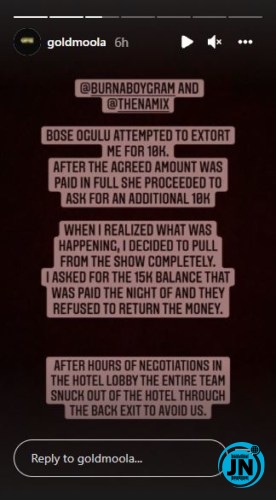 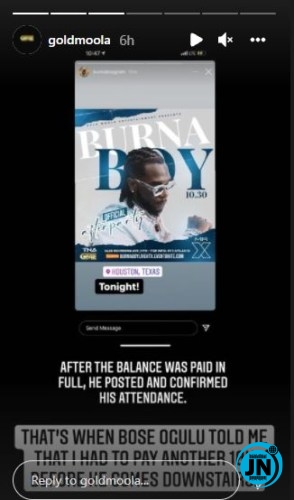 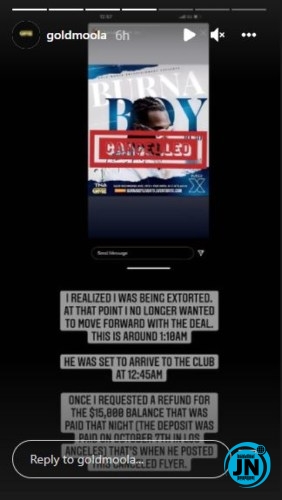 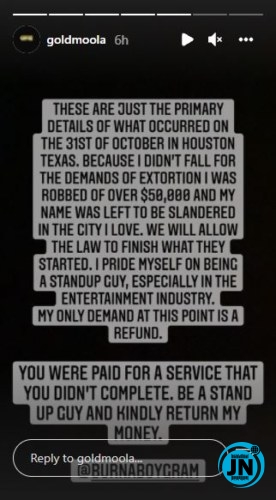 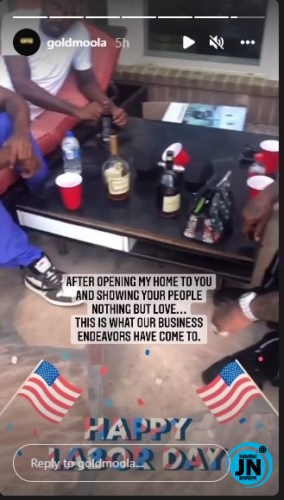