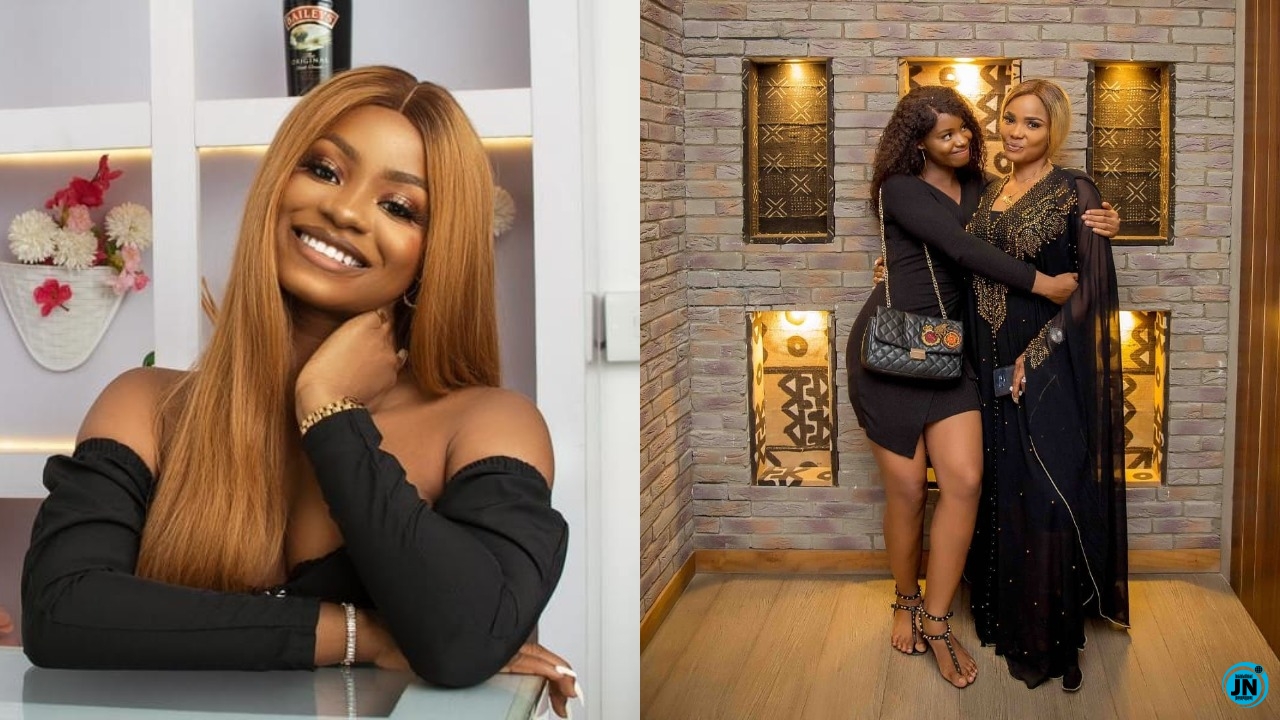 Priscilla Ojo, the daughter of Nollywood actress Iyabo Ojo, has been dragged by social media users after giving a wrong interpretation to some Yoruba words that emerged online.

The video, which is currently making the rounds on social media, captured Iyabo Ojo congratulating her daughter Priscilla and her friend over their recent graduation from the university.

Iyabo Ojo questioned them on their choice of the state they would love to have their National Youth Service Corps (NYSC), and they responded Lagos.

Iyabo Ojo said she would like her daughter to be posted to a school where she would learn the Yoruba language because she can’t communicate with it.

She put her daughter to the test by mentioning some words and asked her to translate them to English, but she never got any of the terms correctly.

Reacting to the video, some social media users said the actress and her daughter are lying, pointing out that Priscilla Ojo had been featuring in Yoruba movies since she was young.

djlargest wrote: And for her mind she’s happy, her child is like this, abi na film them dey do for us… Mtchew

bennysouzamedia wrote: How did we get here that we are proud to say “We can’t speak our native language” how’s this fashionable? Oh how I love the Hausa’s!!!! No matter the wealth, their culture is embraced!